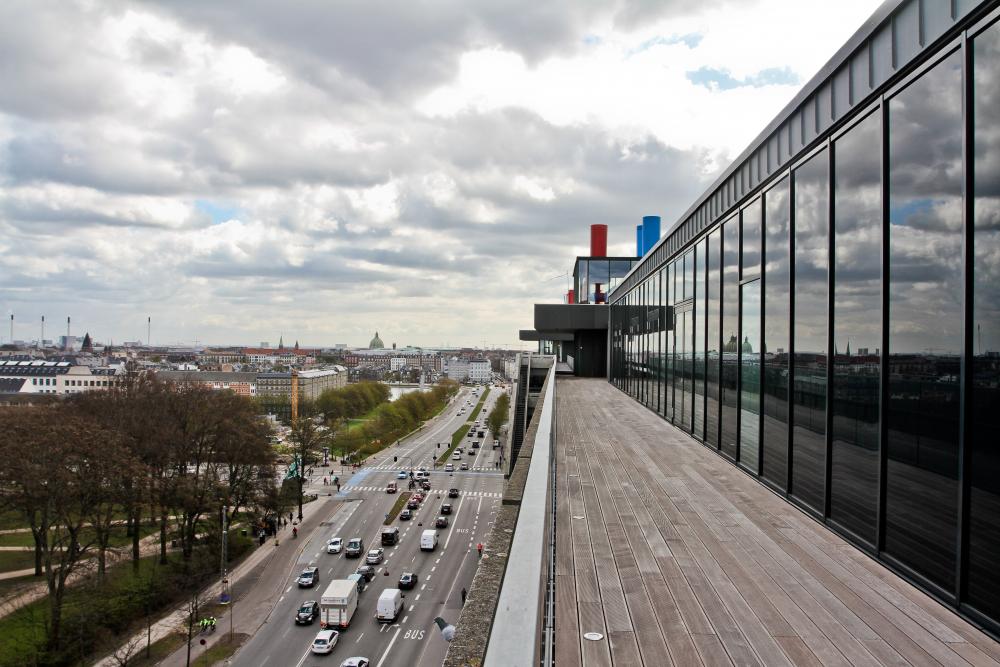 From the Faculty of Health Sciences rooftop on the Panum building
image: Pictures by Anders Fjeldberg and Adam Garff

A whole new batch of researchers from the Faculty of Health and Medical Sciences, University of Copenhagen, have been reported to the Danish Committees on Scientific Dishonesty (UVVU) for research misconduct

Researchers of health and medicine at the University of Copenhagen have re-used muscle tissue samples without cross-referencing previous research. This is according to a complaint 7 February by lawyer Jens Ravnkilde to the Danish Committees on Scientific Dishonesty (UVVU, in Danish: Udvalgene vedrørende Videnskabelig Uredlighed), accusing 44 researchers of scientific malpractice.

According to Ravnkilde, the researchers have ”neglected to correctly disclose the re-use of biopsy material, and have disregarded the rules for cross-referencing previous articles on related research using the same biopsies”.

These are the same charges that led to UVVU finding muscle researcher Bente Klarlund Pedersen guilty of scientific dishonesty in December 2013.

In an interesting turn of events, Professors Niels Erik Skakkebæk and Jens Rehfeld, who previously have critically commented on that case in the media, Professor Ulla Feldt-Rasmussen, who as a member of UVVU was involved in the decision-making in the Klarlund-case, and Professor Henrik Galbo, who in 2011 reported Klarlund to DCSD, are all among the researchers listed in Ravnkilde’s complaint.

The ruling in the Klarlund-case split the Health Sciences into two: On the one side were those who think Klarlund violated good scientific practice by not using cross-references when re-using muscle biopsy material. On the other side, others argue that this is common practice and Klarlund cannot be declared dishonest for that.

Skakkebæk, Rehfeld, Feldt-Rasmussen and Galbo all belong to the former group. Skakkebæk and Rehfeld, together with fellow professors Elisabeth Bock and Niels Høiby, stated in Danish newspaper Weekendavisen (26.07.13) that they did not think it was good scientific practice to omit cross-references in the re-use of biopsy material. .

This is in contrast to Professor Niels Borregaard, the chairman of the Danish Council for Independent Research in Medical Sciences, who has collected signatures of more than 70 colleagues in defense of Klarlund.

Klarlund: The ruling is hypocritical

In turn, when Klarlund in August 2013 submitted her response to UVVU, she and her attorney attached 11 tables listing scientific papers where other medical researchers had re-used biopsy material without cross-referencing.

The selected examples included Professors Skakkebæk and Rehfeld, as well as Henrik Galbo who had filed the complaint against Klarlund, and Ulla Feldt-Rasmussen, a member of the UVVU committee that had decided on the Klarlund-case.

The point is that Klarlund thinks the UVVU is hypocritical.

Ravnkilde: Decision is miscarriage of justice

In connection with the UVVU-ruling of 18 December 2013 which deemed Klarlund dishonest, lawyer Jens Ravnkilde read Klarlund’s response which can be accessed online.

Ravnkilde does not personally know Klarlund and has never met her, he told Danish news site Uniavisen.dk, but reading the 11 tables attached to the response, he found it unsettling to discover that the council members ignored that in Danish research, re-using biopsy material without cross-referencing is common practice.

Ravnkilde believes that it is unclear how UVVU is entitled to determine what is good scientific practice regarding cross-referencing. The UVVU decision does not refer to a single Danish or international standard for what is good practice when publishing articles using material from previous studies.

No possibilty for appeal

According to Ravnkilde, UVVU have invented the rule themselves without being legally authorized to do so, which is why this part of the decision is invalid.

Ravnkilde adds that the UVVU publication of a ruling that without justification deems Klarlund dishonest ”constitutes a violation of the criminal law provisions on defamation with the result that the UVVU-members having signed the ruling are jointly liable for any potential compensation claim for the offended researcher”.

A ruling by the UVVU can in principle not be appealed. The UVVU can also not reopen a case on their own initiative, unless the decision was based on formal and factual errors.

Raises questions about the reponsibility of co-authors

With his complaint, Ravnkilde intends to compel UVVU to reconsider the basis on which the Klarlund ruling was grounded.

As Klarlund is not only deemed guilty of dishonesty in her own articles, but also for articles she co-authored, Ravnkilde has included in his complaint all authors and co-authors of the articles with re-used biopsy material listed in Klarlund’s response.

Ravnkilde thus invites UVVU to – again – deal with the question of the responsibility of co-authors which had led to Klarlund being deemed guilty of misconduct for not discovering Milena Penkowa’s image manipulation in an article of which Klarlund was the senior author.

Case blown out of proportion

The UVVU has received the complaint, but has not yet looked into the case. Ravnkilde himself has sent a copy of the complaint to the researchers involved to keep them informed.

Jens Rehfeld does not want to comment on the case, but adds that he believes that the entire Klarlund-case is being blown out of proportion and that the discussion is ”conducted completely in black and white. It is as if you either support Klarlund or you don’t. And this is the completely wrong way to look at it”.

Henrik Galbo is unaware of having received any information and therefore cannot comment on the matter, he says.

Read the Danish version of this article here.