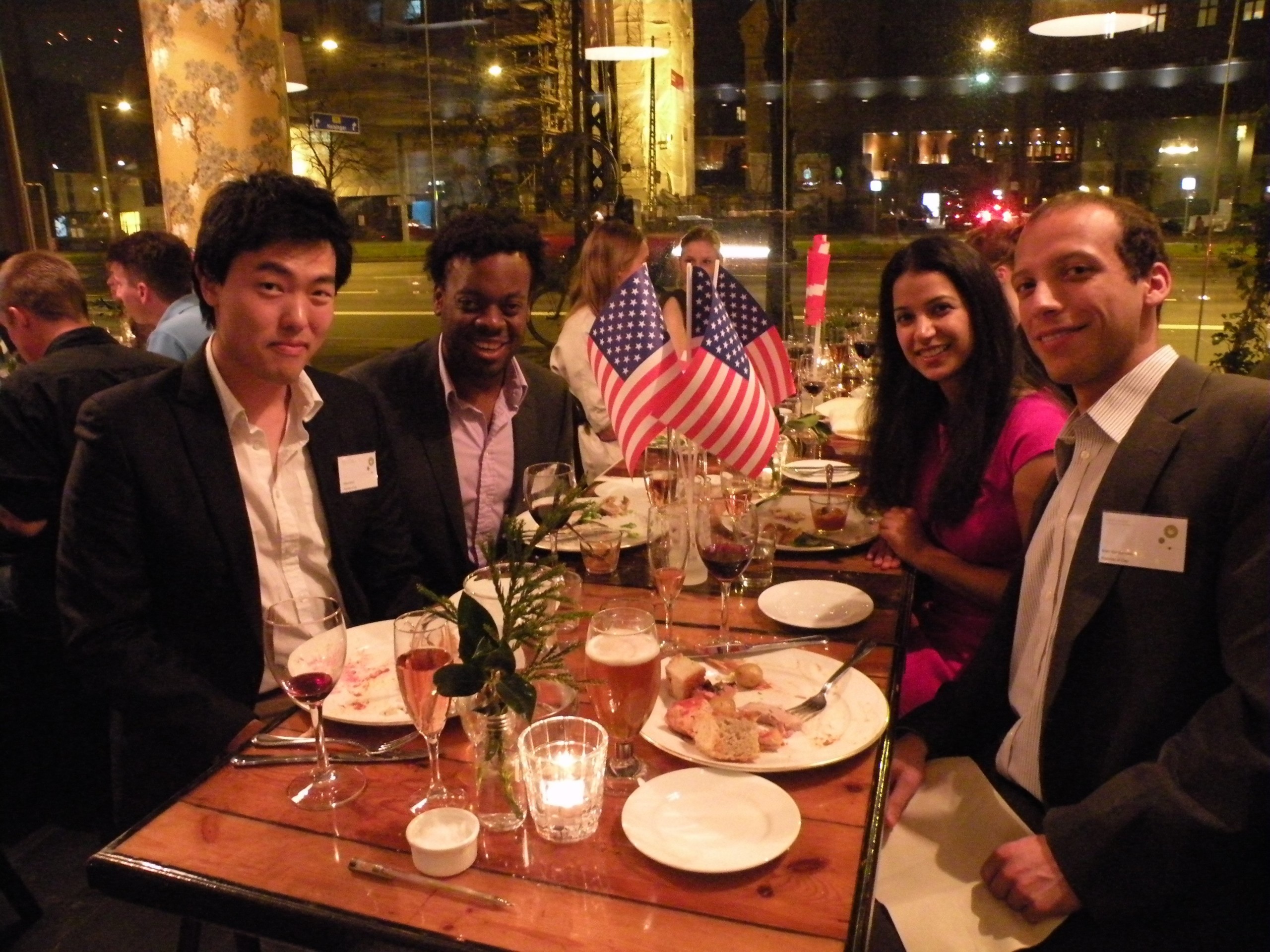 It is hard to see it as a competition, when you are all working towards the same goal. So argue the student teams of NYU and Yale

Modest American student teams from New York University and Yale University refuse to name their biggest competitors after arriving Monday to begin the annual Copenhagen Competition at the Faculty of Law. The groups discussed tactics over their welcoming dinner, but were unwilling to rule out that all teams had presented impressive proposals for the competition.

The competition is a chance for students selected from top international universities to negotiate ways to overcome barriers, this year on global Access to Food. Teams will work towards finding solutions for eradicating world hunger over three days and four rounds, beginning Tuesday 29 November.

»It’s hard to see this as a competition when we’re all working towards the same goal,« explains Elena Lobo of New York’s NYU.

The NYU team have some experience with Human Rights and International Law, and are excited about confronting the politically sensitive and topical debate. They are interested in seeing how the negotiations would pan out with Yale, as both teams have similar fictitious countries.

»It will be interesting to see how it works out for our two teams who have a similar country profile,« says Andrea Laidman of NYU.

The Yale team are excited to see what kind of consensus can be reached during the competition, as some of the proposals presented by other student teams were very different from their own. Unwilling to name their biggest, competitor, Yale agreed that the most important part of the negotiations was about focusing on common ground.

Teams are not required to stick rigidly within their proposals presented before the competition. This will add further interest to the debates. Groups will have to adapt their strategies in response to challenges presented by other countries.

The winners will be judged as the team which presents a creative, and flexible negotiation style and will be decided on Thursday 1 December.

»Our biggest competitor is world hunger,« says Brian Bombassaro of Yale, before he continues to prepare with his team for the upcoming debates.