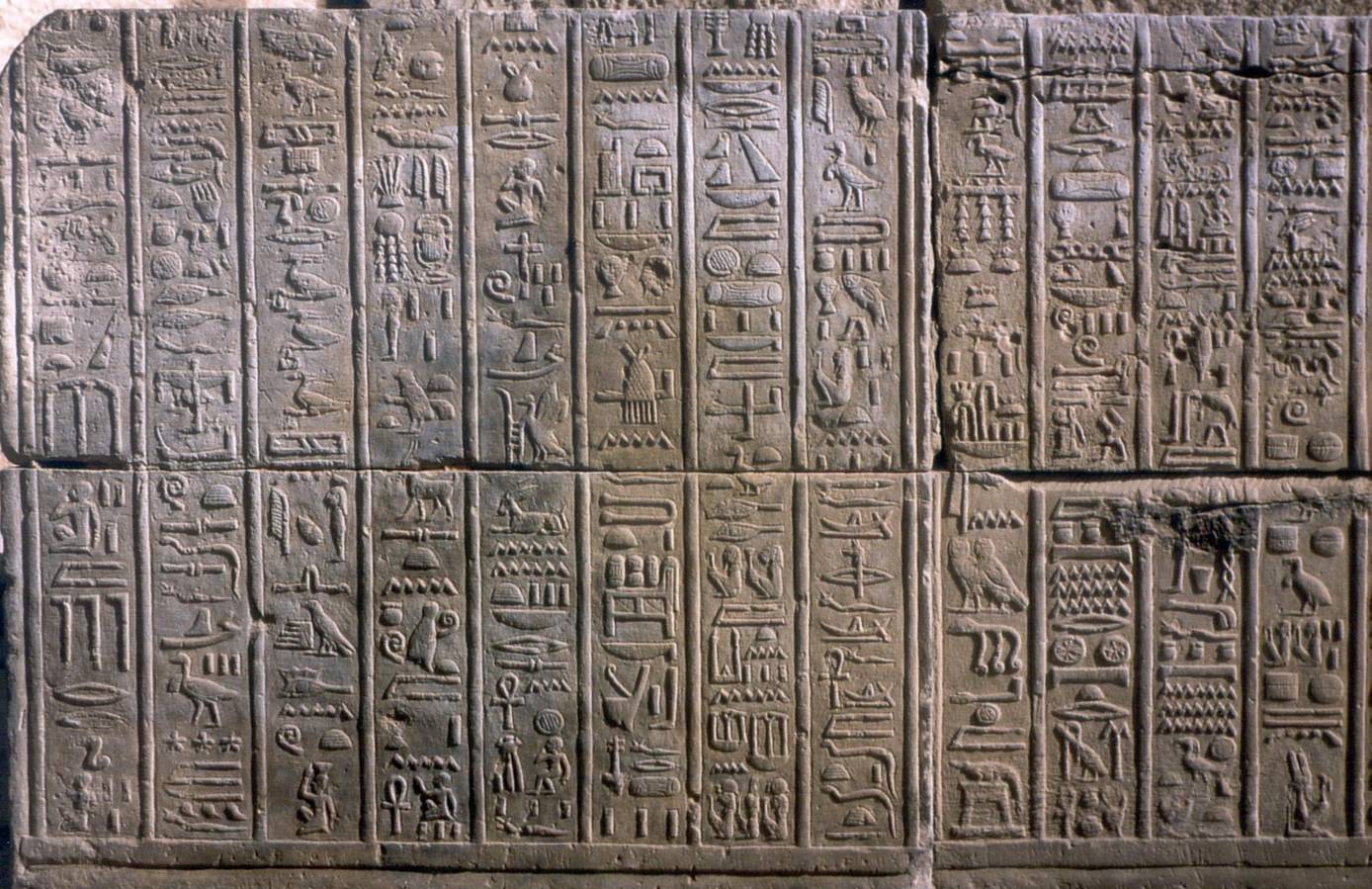 Inscriptions from Kom Ombo, a temple for the crocodile god
image: Christian Leitz

This is according to Christian Leitz, Professor of Egyptology at the University of Tübingen, who has just presented his research to a group of scholars at the Carsten Niebuhr Institute, University of Copenhagen. The inscriptions can unlock secrets about Egyptian mythology, cosmology, and how they perceived the world.

Sacred carvings on the walls of the temples from the Greco-Roman period (330 BC-200 AD) in Edfu, Dendera and Kom Ombo, show lion-headed gods. Inscribed for ritual, religious purposes, they inadvertently include detailed zoological information.

Not really zoology, but…

The hieroglyphs, describing lion behaviour for example, are not for the squeamish: Lions, sleepless at night and red-eyed, live off blood, »defying all fear of death«.

Christian Leitz explained to this University Post reporter that the inscriptions are purely religious texts with a purely mythological content.

»But the information therein can be used in a wider variety of contexts, for example in work for a dictionary of the Ancient Egyptian language«, he said.

Of particular significance are a flock of lion goddesses each with different names designating types of behaviour.

»All the names together describe the natural behaviour of the lions, and if you fit all the descriptions together, you have a complete lion,« he explains.

Hierarchies of lion-headed gods connect up with deep interpretations of the Egyptian calendar.

There is no extant Egyptian compendium of zoology. This is unlike contemporary Greece, which could refer to texts with zoological studies by thinkers like Aristotle and Pliny.

»We don’t know whether they were aware of Aristotle and Pliny, but I suggest that this type of text were just not part of Egyptian culture,« Christian Leitz speculates.

The exception to this is the so-called Brooklyn Papyrus, a text on how to treat snake bites written 380-343 BC.

In Kom Ombo, the main god of the temple was Sobek, a crocodile, who uses his tail as »the policeman that interrogates with the whip«, the animal with the »sharp corner teeth«.

The crocodile »dominates the fish«, and »searches through the bodies of his enemies«. Some of many indirect descriptions that reveal intimate knowledge of wild crocodile behaviour.

Discussed among the scholars present at the Carsten Niebuhr Institute was a piece of wildlife interpretation, that would have been vital to the Egyptians river-based civilisation: Did the Egyptians believe that they could actually use the nesting behaviour of the Nile crocodiles to predict the annual flood?

Either way, in the words of Christian Leitz, «all of this information about the nature of the crocodile and the lion comes from intense and close observation of the animals, how they eat and how they hunt«.