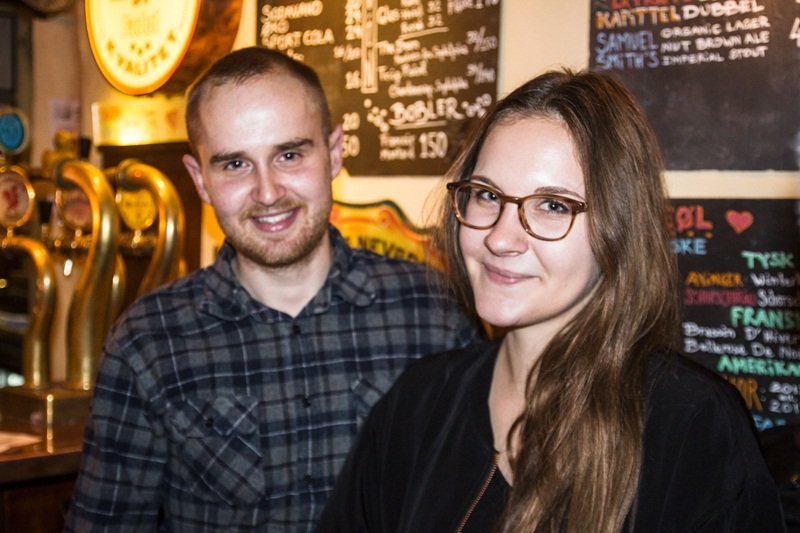 Is love inevitable when filmmaker in spe, William, 25 and Jasmin, 23, Film student meet in a former pharmacy that has exchanged its medicine with fine liqour?

The only customers, a couple of well dressed old gentlemen at the bar, seem amused by our “Go on a date with a reporter” experiment.

“Young people, these days,” they repeat, and promise to read the University Post in the future. On the small stage, a bloke is tuning his cello for tonight’s live session.

What is the worst thing about Christmas?
Jasmin: The shallowness and fake feelings. A part from that, I really like Christmas. I even listen to Christmas songs throughout the year.
William: I just can’t get over the fact that it starts in October.

Embarrassing music you secretly listen to?
Jasmin: I love all the 90s stuff, like the boybands. And I do sometimes listen to Justin Bieber.
William: Well, I sort of liked the Backstreet Boys.
Jasmine: Exactly! But I feel like it’s getting to the point where it’s OK listening to them again. And Danish bands, Aqua and Toybox.
William: How do you even know Toybox? I thought they were never famous outside Denmark.

One million DKK for sex: yes or no?
William: No way!
Jasmin: I don’t know, I mean, I live in Denmark, it’s an expensive country.

What is your favorite place in Copenhagen?
William: There’s a lot of places that I like, but maybe inside a cinema – it’s just a good place to chill. I really like Dagmar Teatret.
Jasmin: The lakes. Or maybe Amager strand. I like places near the water.

You have 20,000 DKK to spend within two hours. What do you do?
William: I don’t know, I don’t really think about money. If I had to, I’d spend them on my films.
Jasmin: I’d buy plane tickets to Japan or Canada.