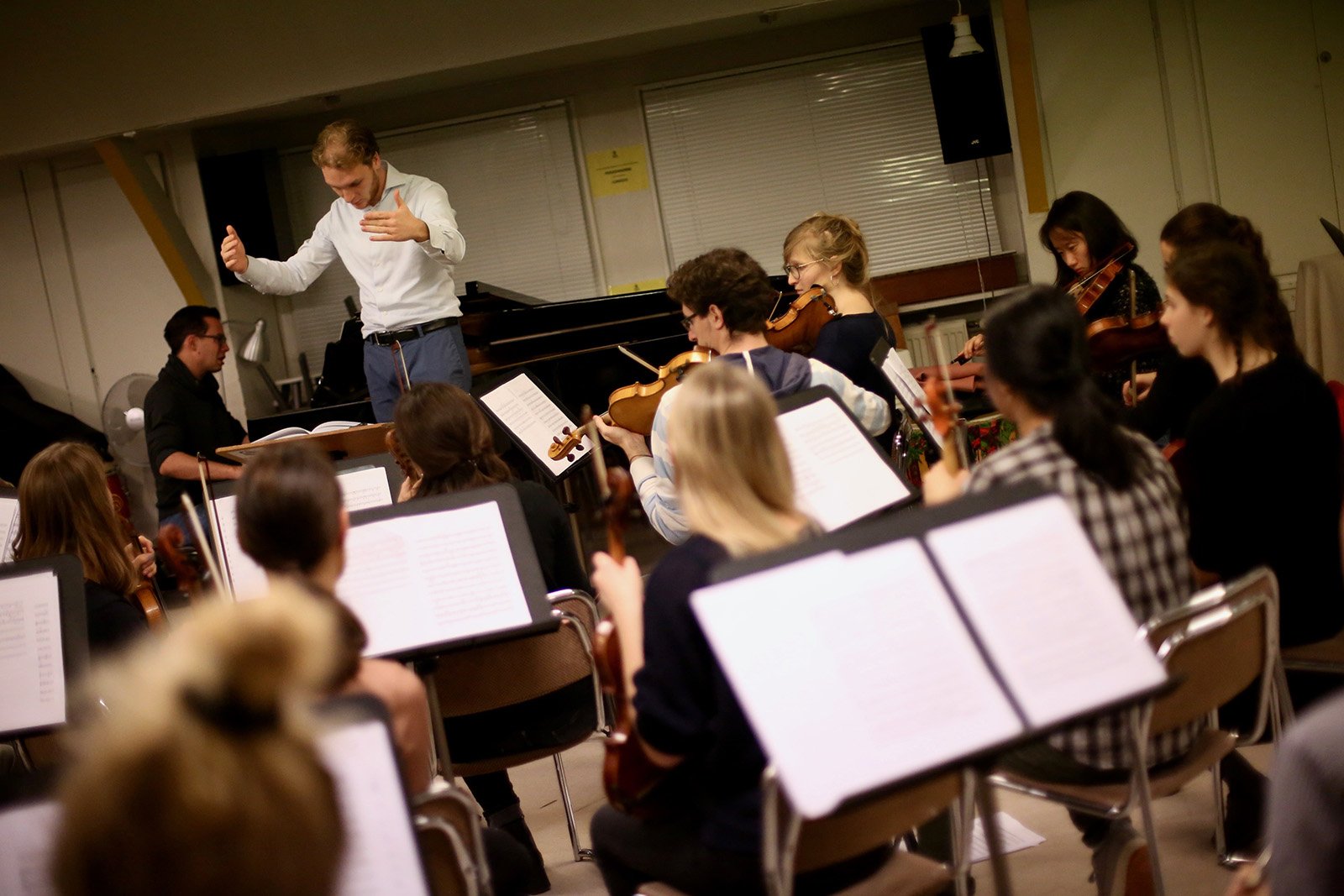 »Dronningesalen at the Black Diamond is where top musicians play so it’s a treat to get to do so too,« says Elvira Rey Redondo, a recent graduate of Human Biology as well as cello player and Symfuni’s publicist.

Elvira is one of the sixty-some students who balance school and playing in the orchestra, her hobby and passion. She anticipates high ticket sales and hopes the audiences enjoy the concert this December 2nd and 3rd at the Black Diamond and Sankt Annæ Gymnasium, two large venues in Copenhagen.

The music committee, encompassing several students who help run the orchestra, has chosen to play Symphony 9, otherwise known as “From the New World” by Antonín Dvorák, Piano Concerto 2 by Dmitri Shostakovich, and Saga-Drøm by Carl Nielsen.

With this year’s choice of Dvorák’s From the New World, Elvira simply calls the concert programme »intense and beautiful.« 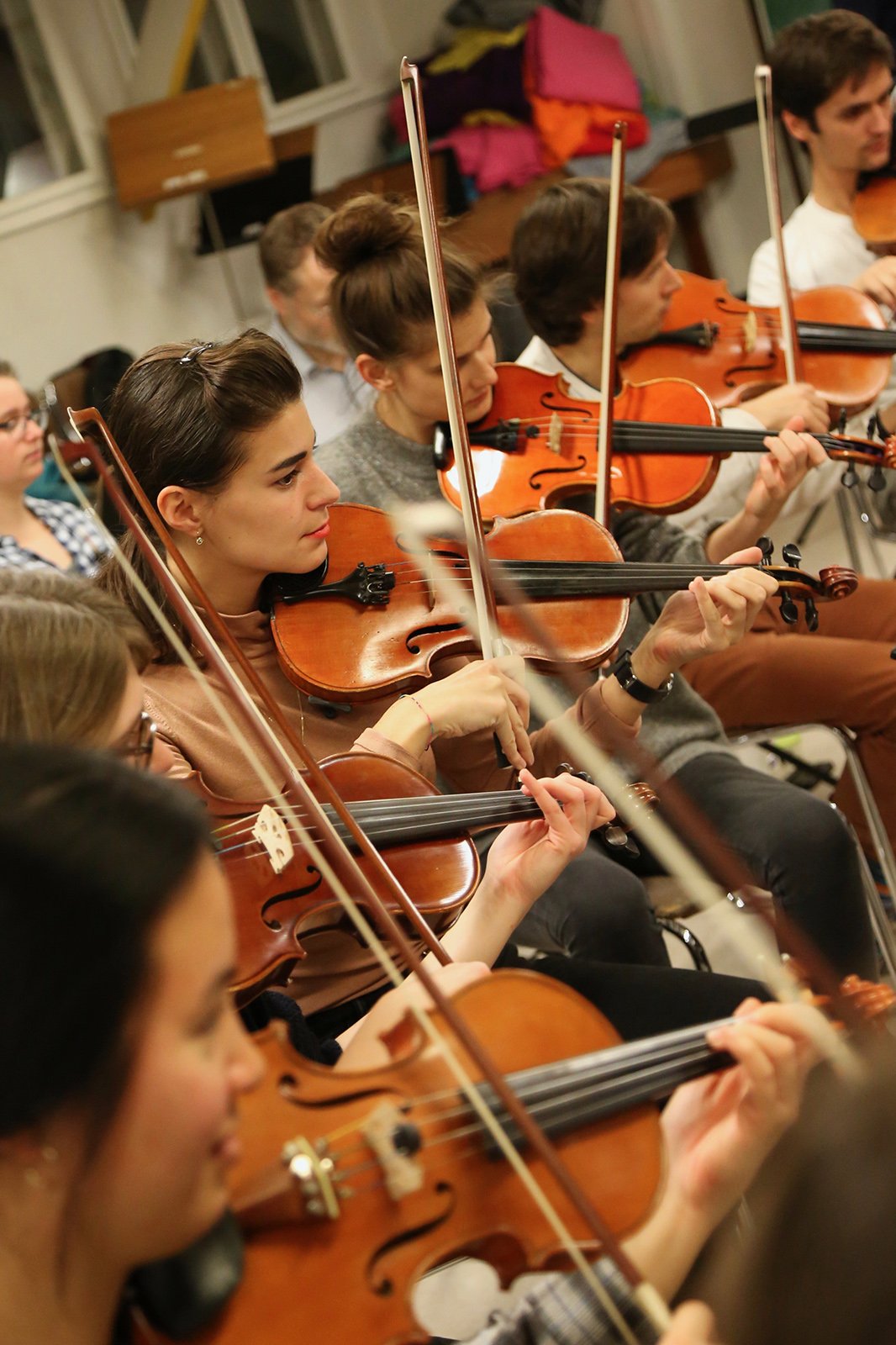 Symfuni is a student run orchestra, comprised of students from KU and other universities around Copenhagen. Here, students from various backgrounds and professions come together to celebrate music. In the past, they have played at large events such as the European Student Orchestra Festival in Belgium and Poland.

This years concerts won’t even be their first at the iconic Black Diamond, but this year, they also celebrate their 10th anniversary as the University of Copenhagen’s orchestra.

»This semester is particularly interesting because the repertoire has a broader reach,« says Symfuni Chairman and law student Daniel Jaakkola. With additional support from the Nordea Foundation and Oticon, they are funded through ticket sales and membership.

Great parts for all

The repertoire for this concert is meant to evoke a jovial mood. Otherwise known for darker tones reminiscent of war, Shostakovich composed the unusually cheerful “Piano Concerto 2” in celebration of his son’s birthday. Dvorák’s “From the New World” is irrefutably the Czech composer’s most famous work, created during his time in America in the late 1800s. Lastly, the repertoire is not complete without a celebration of Danish classical music, featuring Carl Nielsen’s Saga-Drøm, based on an Icelandic saga.

»The repertoire strikes the right balance. It is challenging and do-able at the same time. It is very accessible music, but when you go deeper you find so many interesting layers with beautiful details to work on. Really every instrument has an interesting part, which makes it fun and engaging to work on,« says Bram Kortekaas, the conductor of the concert.

He studied composition at the Conservatory of Amsterdam and is now finishing his Master’s degree Political Science. He states that he is excited because this will be the first full programme that he has been involved in as the conductor, after having played in the violin section previously.

Shostakovich’s piece includes a piano solo to be executed by Filip Strauch, an established professional pianist and graduate of the Royal Academy of Music in Copenhagen. It’s a new piece for him.

»It’s been lots of hours and hard work, but there’s always excitement in music,« he says. 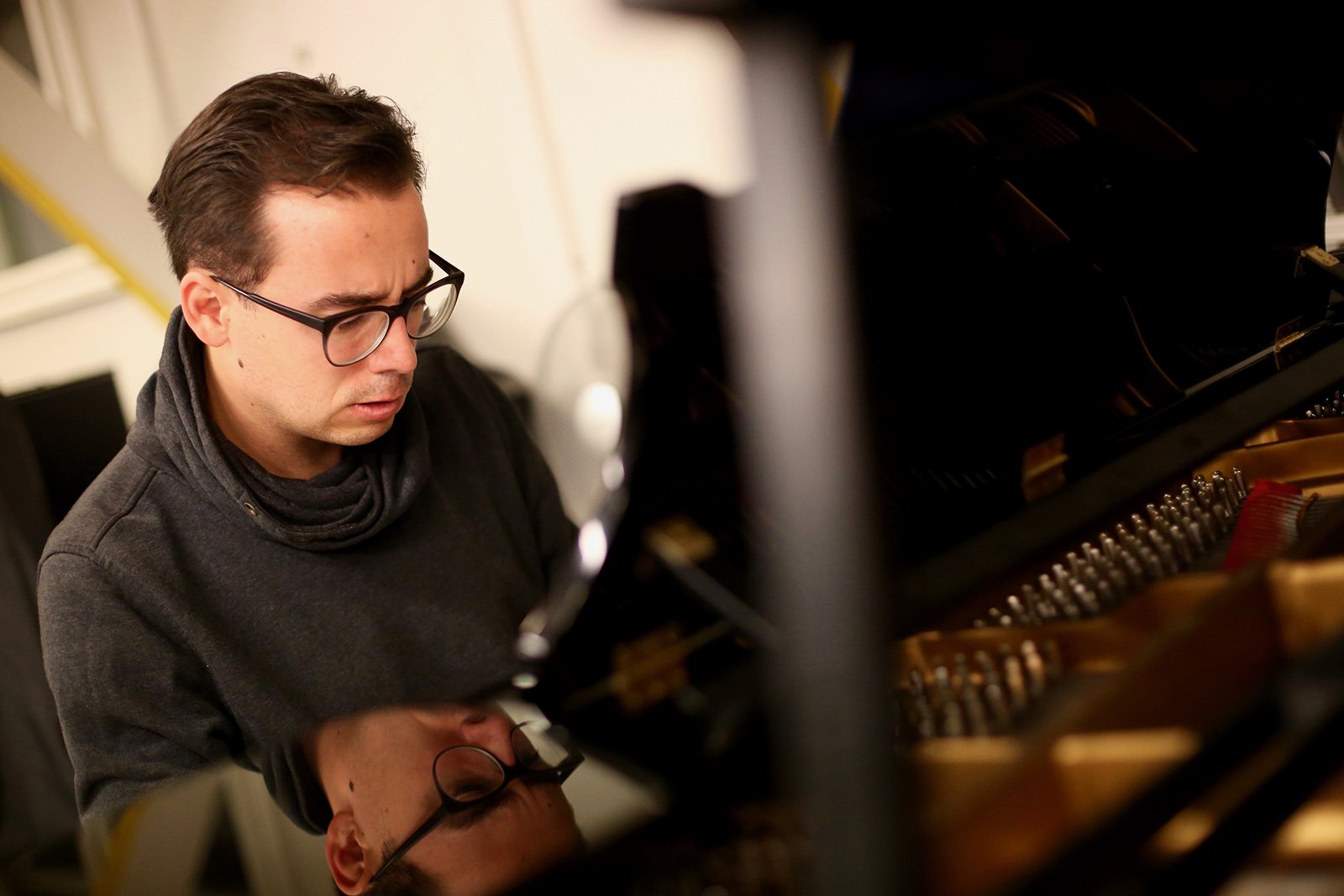 Symfuni meets once a week on Wednesday nights for rehearsal. The students’ excitement is clear. Mathilde, a medical student and cello player, says that practice is going well.

»It’s a good repertoire and not a part is boring in “From the New World,” says Mathilde. »It’s very nice to play with a professional musician.« She is referring to Strauch serving as the pianist.

This is not to say that it’s easy work.

»The challenge is bringing together a large group of people into once piece. It can take some time to feel together,« says Strauch.

From the perspective of an observer, the students are making it work, coming to rehearsal after a day’s work and each focusing on perfecting their own part which in turn, makes a cohesive sound. Not only that, these students form a classical music community.

»We are a great group of friends with the same passion: music! After our rehearsal, there is always someone willing to grab a beer!« says violin player and European Studies graduate Kornélie.

Tickets for the two holiday concerts at the Black Diamond on December 2nd and at Sankt Annæ Gymnasium on December 3rd are cheap –  at DKK100 or DKK50 for students. They’re available via facebook.

Interested in being part of Symfuni? They accept applications before the start of each semester. Visit symfuni.dk. 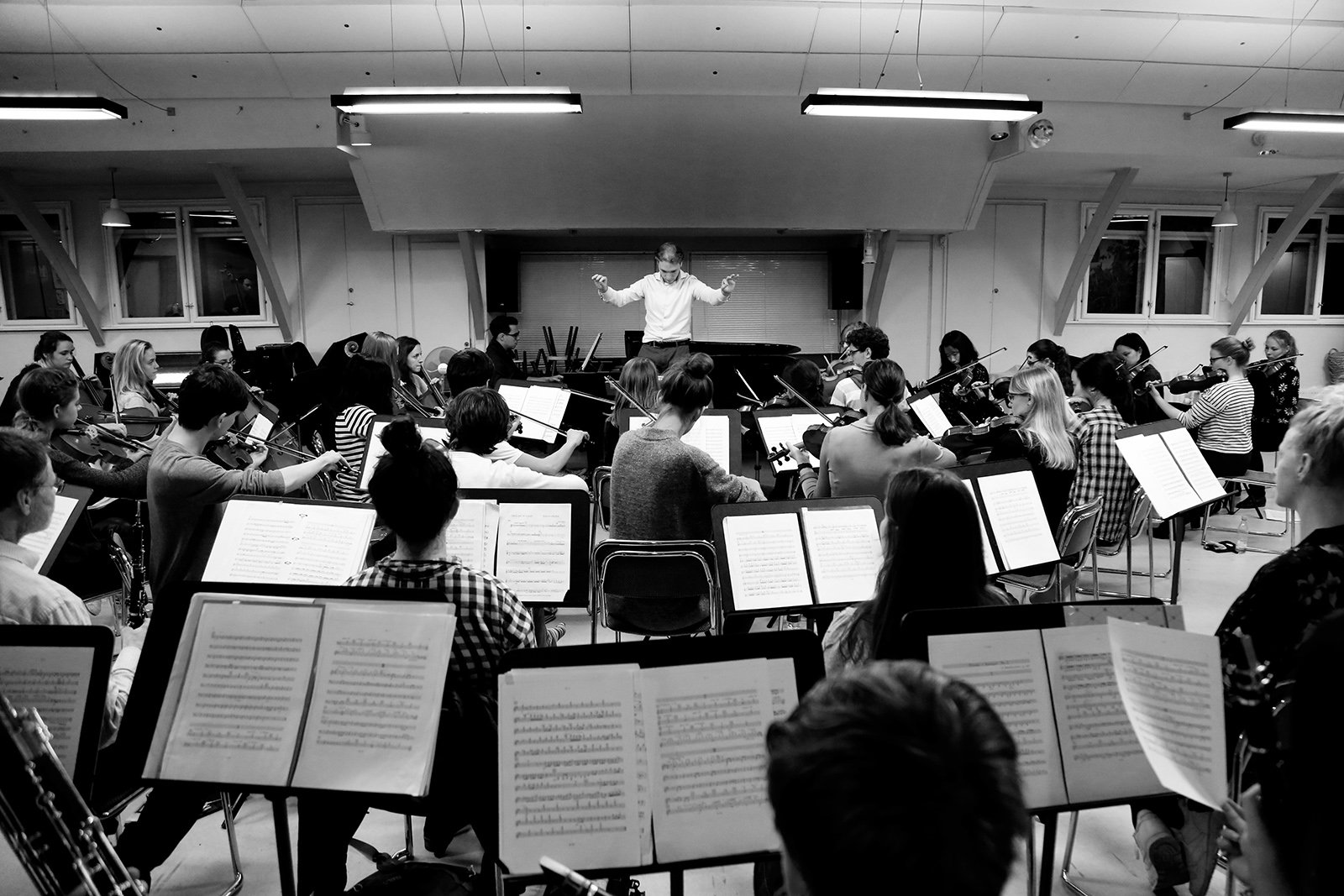