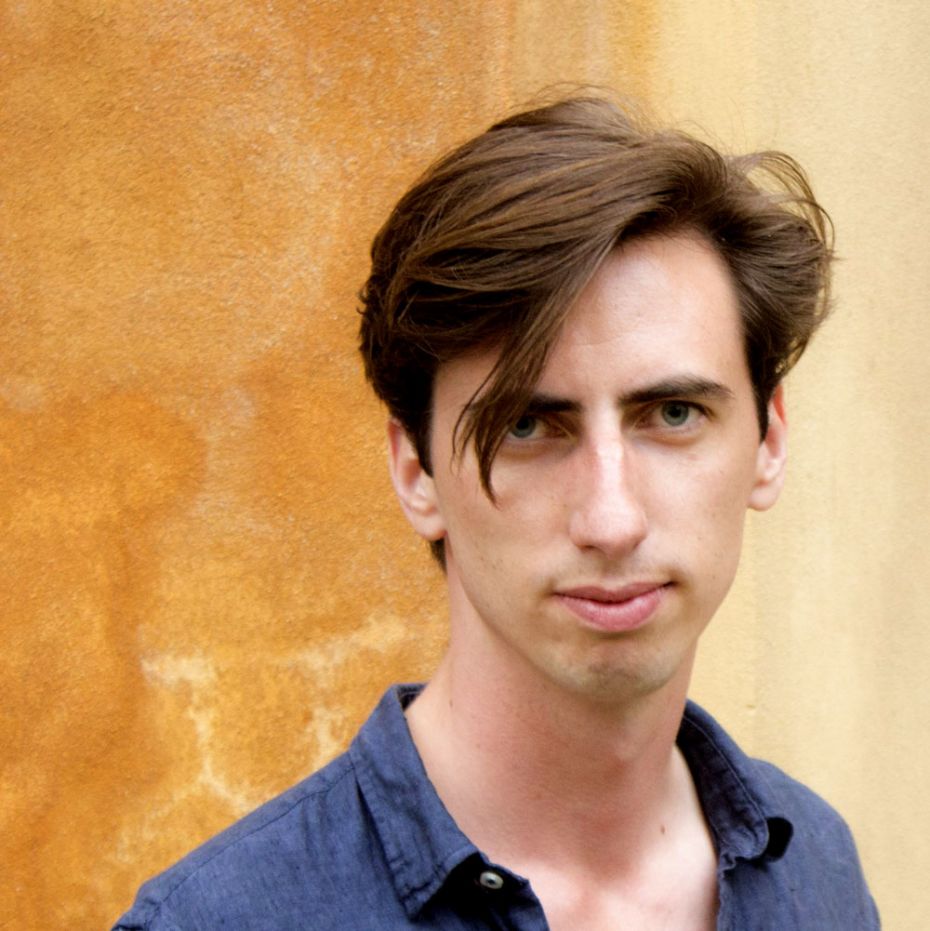 Opinion: Former student believes that law at the University of Copenhagen is uncritical, unreflective and too career oriented.

When I was studying at the Faculty of Law I was part of the panel of students that the accreditation council spoke to before they gave their verdict in September 2015 that stated that the bachelor’s course in law only got a ‘conditional’ positive accreditation or what corresponds to a ‘grumpy’ half smiley.

The criticism from the students was deafening, but completely lacked imagination.

All of it revolved around study groups that did not work, a lack of cooperation and other technicalities. Everything that some of us thought we had left behind when we left the deadlock of high school. No one addressed anything of substance.

No one spoke about whether we were receiving an academic education that emphasized critical and independent thinking.

My goal in regard to writing this article is to streamline the recent criticism of the Faculty of Law towards that which I find truly interesting: The academic content.

»The atmosphere and tone of the magazine reminds me of the diligent law-girls and boys, the students, that one can observe at the faculty that would rather color their legal textbook with five different colored highlighters than look up and engage in a stimulating discourse with another student.«

That the academic legitimacy of the manner in which education at the Faculty of Law is conducted is under scrutiny is not new occurrence; The law method has always been more practically inclined rather than academic. However, this does not prevent the faculty in making the curriculum challenging and giving the students an education that gives them the skills and competencies than extend beyond what is currently found in the broader public.

The Focus on Career

This article started when I recently received the student magazine Law Student (stud.jur.). I have previously tried to unsubscribe to it, but without any luck. The law student’s magazine keeps showing up in my letterbox. Reading it has become a sort of a guilty pleasure. The last issue starts with »Welcome and welcome back! The law is waiting. But so is the world! «.

The wordplay in the tight layout is as embarrassingly explicit as the vulgarity is exorbitant.
According to the magazine »the world« should seemingly be understood as a »legal career«. The law students are very enthusiastic about it and long lines of neat and respectable people form the legal field are out interviewing other slightly more experienced people of the same ilk.

The ambitious tone is mixed with some pretentious advertisements of law firms, photos from a smug annual party and some self-evident legal truisms. It all takes place in the best Euroman-esque style: Sterile, superficial and narcissistic.

Already, you get a sense of a highly career oriented education. All of it is focused on what you are going to be doing after the drudgery of studying law ends and not about being interested in law for its own sake.

This makes me think back to an experience I had when I first started studying law. The poor teacher had asked the question why it was a good idea to study law. Everyone became completely silent. The teacher had to get the ball rolling by using his authority to get the students to speak up.
And then the answers came: »Good job prospects«, »practical«, »My father did it«, » you can use it for a lot of things«, »money«, »lots of money«, »I am from the whisky belt (an affluent area)« etc. No one mentioned, not even the teacher that it could be a worthy cause to study an instrument of power that the state uses and which also happens to define the boundaries of what it can do.

» The pedagogy has taken over and promotes itself as a solution to a much deeper crisis; the lack of intellectual discourse and stimulation at a high academic level. The factors that creates world class universities and students.«

That kind of boring motivation and focus on the future, with an added dose of legal doctrines that were being expressed as self-evident annoyed me so much that it reached a theatrical climax when I was doing my masters.

I stood up in an experimental state in front of a head of office in the Ministry of Justice and movingly stated that I considered the constitution dead.

He responded in a predictable manner; that he considered that a statement of legal policy was dangerous ground for an expectant lawyer. Not an incorrect analysis. However, this was not an audience at The Attorney General’s Office, but intellectual battle at one of the oldest universities in Northern Europe

His answer was not an answer, not even pursuant to my vulgar irony, but even more importantly his answer was a blank repetition of something that all law students know after a few months of studying law. That the contents of the law are not the same as what one wishes it should be. It is something I follow with zeal.

The point of my statement was that the uncritical and pro establishment way that law is interrupted in Denmark has fare reaching effects. The fact that the constitution is interpreted in a certain way by the Ministry of Justice or the Supreme Court should not have any bearing on how education is put structured. Otherwise the study of law could be completed rather quickly, like a long specialized trade education, whereby the only relevant skill would be to learn the method of interpretation used by certain institutions and reproduce it again and again with minimal arguments.

The conservative and reactionary approach is characteristic of law for good reason. The role of law is to a certain extent to stand firm until it is changed. However, it seems that this mentality is especially prevalent in the way law is taught in Denmark. Here the status quo is seen as self-evident and common sense, whiteout engage in the English approach of discussing fundamental legal principals or the German approach of zeal for detail and logic.

»A call to the Faculty of Law: Teach your students to think independently and live up to your title and tradition. Be something else and something more than the career that follows. If this does not happen then the study of law should be exterminated as a subject at university.«

In this day and age, the limits of the Danish pragmatic approach are especially evident when Danish lawyers are forced to read the argument rich cases from the European Court of Justice that make even the most extensive Danish supreme court judgement to look like a French law student’s first assignment in constitutional law.

Unsurprisingly, the literalist reading of self-evident truths that the study of law at university teaches its students is also reflected in the upper echelons of legal field in Denmark. A while back I overheard a particularly illustrious person in the legal field with a seat at the bench of the Supreme Court, to implore that the European Court of Justice’s reasoning and arguments were difficult for a Danish lawyer with a solid Jutland disposition, such as himself, to understand.

That man was so burdened by the amount of university degrees that he had to stand solidly, if not be completely mired in the deep mud of Jutland. Ironically his opposition to the European Court of Justice appeared to be more of a statement of opinion about the illegitimacy of international obligations rather than a solid legal argument.

The nice, neat and tidy girls and boys dominate

Back to the eternal magazine ‘Law Student’. The atmosphere and tone of the magazine reminds me of the diligent law-girls and boys, the students, that one can observe at the faculty that would rather color their legal textbook with five different colored highlighters than look up and engage in a stimulating discourse with another student.

They were always present in class with the same follow up questions that were to be used for their neat and tidy notes and to waste the time of everybody else and to bore us. I do not know how many times I have heard that psychology or political science “was a little too vague or abstract to study”.

There is no doubt that the students are masters of underlining texts, sheets and tabs. The question is whether we have higher expectations for our future officials than the ability to do secretary work.

That is why I tell people that are not motivated to study law, and only do so because another subject might be too abstract or challenging to study; Stay away; there are already enough nice, neat and tidy girls and boys studying law. They display themselves in the Law Student magazine as uncritical cheerleaders for the status quo and are represented in a redundantly high number as punctilious and meticulous note hunters.

Pedagogy is not the answer

The addition of study groups, a bigger focus on review panels and fewer big lectures do not solve anything. It only makes universities less elite. Who has decided that you have to learn how to be a good colleague at a university or use a lot of time to discuss what constitutes good conduct in study groups?

The pedagogy has taken over and promotes itself as a solution to a much deeper crisis; the lack of intellectual discourse and stimulation at a high academic level. Factors that create world class universities and students.

Perhaps it is a mistake or a misunderstanding on my part, a result of being caught up and dreaming about an education where well-argued fiery debates keep you awake at night in the right company; that these should be central to a university education, with an added generous dose of reading.

One thing is certain; I have never had those kinds of discussions within the confines of the university, but in the company of a handful of like-minded individuals fare away from an environment that prefers that people reproduce and rehash information and opinions instead of talking to and engaging with other students. Not to undermine the independence and importance of law in society, but to practice and cultivate it as a subject.

If one cannot understand and explain that distinction then one should not be teaching at the Faculty of Law.

A call to the Faculty of Law: Teach your students to think independently and live up to your title and tradition. Be something else and something more than the career that follows. If this does not happen then the study of law should be exterminated as a subject at university.