Fastest runners at university: Shocked to find out they had won DHL 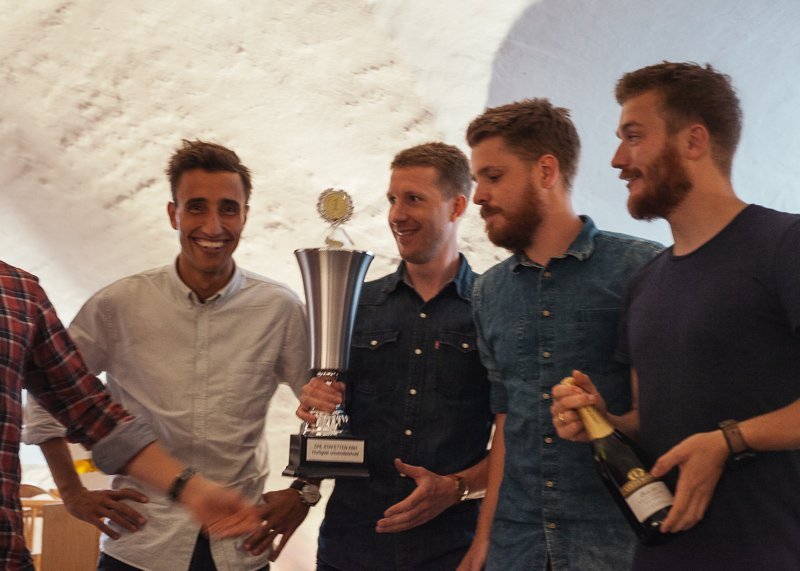 They were only focussed on beating the other health scientists, but they ended up being fastest in the University of Copenhagen and among all Danish universities at the world's largest fun run

They didn’t reckon that they seriously had a chance to even win the University of Copenhagen trophy. Never mind the newly instated trophy for fastest university team.

This is according to Jesper Borg Andersen, one of the runners on Medicin X 01, who talked to the University Post after the prize ceremony Wednesday. Medicin X 01 consists of a group of students, former students and staff at the Faculty of Health Sciences and Medicine. They outsprinted other teams from UCPH and the best that other universities like DTU, Roskilde, CBS and Aalborg had to offer at the world’s largest fun run last Friday.

“We knew we weren’t the slowest, but our goal was only to beat our arch enemies from the faculty,” said Jesper. He added that organiser Niels Wollesen caught up with a member of the team to tell him the news, as he “was waiting in line for a sausage”.

Fastest women’s UCPH team were also from Health Science, The ‘Molecular Imaging Girls’ (Karina Juhl, Laura Højland, Anne Louise Blomberg, Catarina Malmberg and Frederkke Petrine Fuedner) speeded to victory in 2 hours 11 minutes. A member of the team explained to the University Post that they only wanted to beat the men in their department. They came close, but didn’t quite make it.

On central campus it was the University Post’s own team (Mike Young, Alberto Cereser, August Thomsen and Robin Tschötschel) that took home the trophy in 1 hour 46 minutes. It is the second year running, and the third time in total, that a team of from the University of Copenhagen’s English-language media came out on top.

University of Copenhagen director Jørgen Honoré handed over the trophies at the ceremony.

“It is fantastic to have the University of Copenhagen beating the other universities, I hope this will affect our international ranking,” Jørgen Honoré joked.