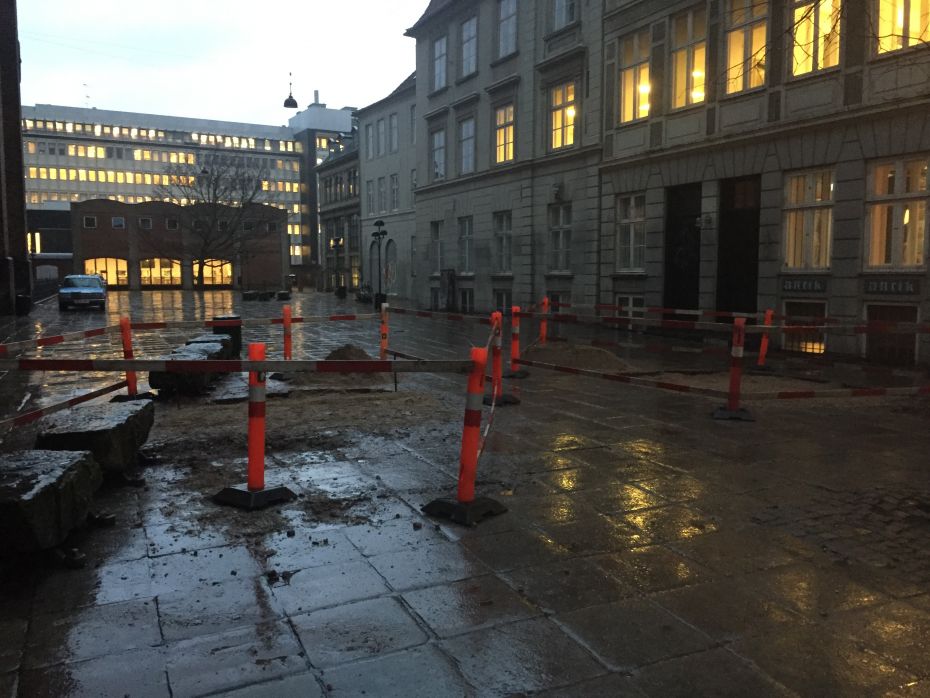 News station TV2 reckoned that two beautiful old linden trees between Trinitatis Church and the Studenterhuset café have been cut down because they had been urinated into oblivion. But does the story hold water?

Two sad piles of gravel mark the spot where two 25 metre tall linden trees cast their cool shadows over the area between Trinitatis Church and the Studenterhuset building off the Købmagergade street in central Copenhagen.

According to the TV2 news station, the trees had been felled because they had become unstable after being urinated on by passers-by – both people and dogs.

The tree’s location near one of Copenhagen students’ primary outlets casts an ugly aspersion on the university environment. It can hardly be anyone else than beer-drinking students who have been primarily responsible for the outdoor peeing in this particular area.

“They have been peed upon so much that they have started to rot at the base. They are therefore unstable, and we have to take them down. If there would be one more storm like ‘Urd’, they would fall. And we can’t have that in Inner Copenhagen,” the church warden of Trinitatis Church Kresten Dahl is quoted on TV2.

But the question is: Is it really possible to take the life of a mighty tree by peeing on it? Also. Is this something that often happens?

This is not the way to kill a big old tree

The images from TV2 show live trees – with nothing that indicates that the trees should be dying. But it is beyond the University Post’s level of expertise to carry out a thorough analysis of the soil next to the trees. Neither can we inspect the trees’ root system to detect possible damage from substances in urine. But we asked a scientist to assess whether it is likely that the trees have been destroyed by pee.

Jørgen Bo Larsen is a professor and a forestry expert at the Faculty of Science at the University of Copenhagen. He says that trees in the city centre don’t typically end up growing so large and so old as the two felled linden trees.

They will normally die of causes like soil compaction and drought (because rainwater is often led down the drain, away from the tree roots), or sometimes pollution from things like road salt.

The trees have then actually, regardless of their condition before being felled, done pretty well.

“Trees rot if they have been damaged, so that they are attacked by fungi. If urine was the problem, the trees would hardly have got so old, as a young tree would have been more vulnerable to this type of pollution. The problem with people urinating on them has probably existed throughout the trees’ lifetime,” says Jørgen Bo Larsen.

“Students and other folks have probably peed in the area for centuries.”