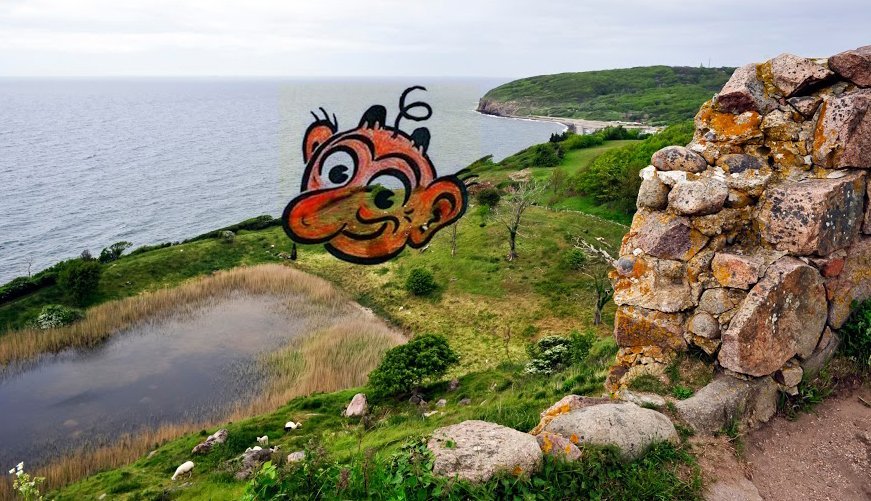 The view from the top of Hammershus castle on the island of Bornholm if you are lucky
image: Thinkstockphotos.com and bornholm.info

State-funded Danish Council for Independent Research (DFF) has earmarked DKK 2.5 million (EUR 330,000) to a PhD project that will look into the activity of ‘trolls’ in Bornholm, a small island in the east of Denmark, according to thelocals.dk, Daily Mail, and Politiken.

Lars Christian Kofoed Rømer, a PhD student in Anthropology at the University of Copenhagen (UCPH), has spent two-plus years studying descriptions of ghosts and the relation to death in Danish folklore before moving on to the underground inhabitants of Bornholm.

”I think it is fascinating that the legend of the island’s trolls continues to thrive in today’s world and I want to look at the creatures’ physical manifestations on the island and the way they are interacting with locals,” said Lars Christian Kofoed Rømer to Politiken.

Bornholm has embraced the popular myth of its troll inhabitants. The island’s official tourism website tells the story of Krølle Bølle, the national troll of Bornholm. The ‘small and cute’ Krølle Bølle lives with his troll family on the 76-metre high Langebjerg, coming out every night at midnight to have exciting adventures.

The research funding for the troll hunt has garnered criticism from those who have accused the government of making cuts in health and welfare service, and believe that the government’s funds should be spent elsewhere. Funding agency DFF defends its choice however:

“At DFF we believe that humanistic research should be funded on equal footing with all other research areas and we actually support that area more than we support societal research. We profess a pluralism and broad coverage – we don’t just pursue things that are the most popular right now,” DFF’s chairman of the board, Peter Munk Christiansen said to Politiken.

Anthropology is part of the Faculty of Social Sciences at UCPH.

The funding has been given wide coverage already. See the article in the Daily Mail here, which notes the paradox that the Danish economy is in crisis. The Danish-language newspaper Politiken article is here.