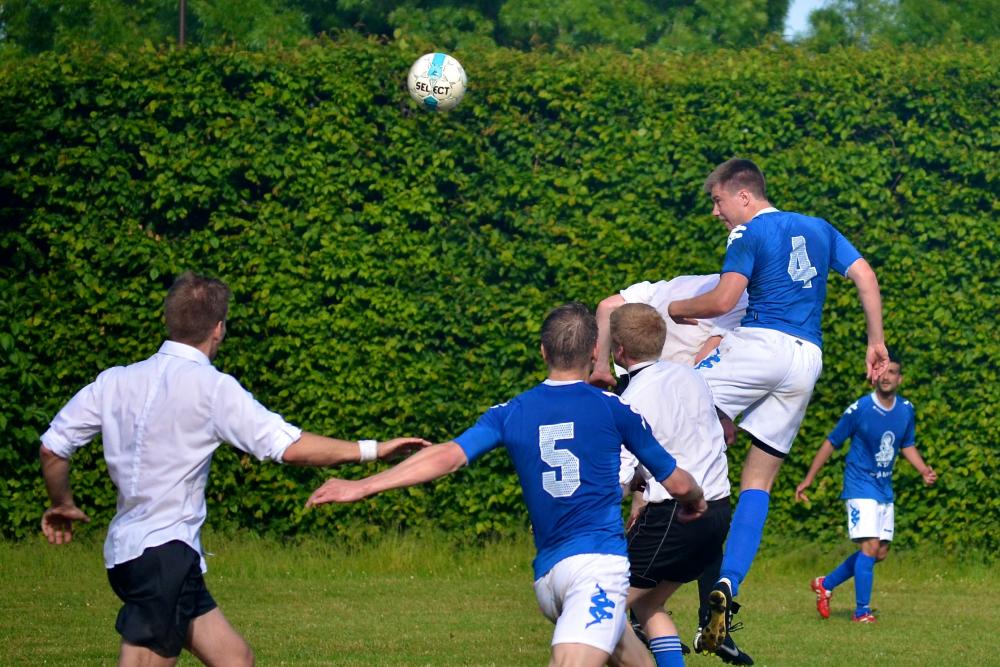 The finals of the university football tournament, Fagenes Dyst, will take place at the Spring Festival (photo from the 2012 finals).
image: Santiago Santos Valle

Before the big game, teams show surprising lack of respect for each other's 'talents'

This is the message that Emil Schaarup, player and spokesperson for B1286, the History team, has for the Political Science team Kuplens Kæmper before the football finale at the University of Copenhagen Spring Festival.

On Friday 9 May, B1286 and Kuplens Kæmper will fight for gold in the finale of the football tournament ”Battle of the Disciplines” (in Danish, Fagenes Dyst). On the sideline, University of Copenhagen prorector Lykke Friis will comment on the match and after the finale.

Emil Rosager Schaarup, who plays on the team, is confident that B1286 will bring the gold cup to History.

”We have won all our previous games in this tournament, so we plan on doing the same in the final”.

Not their first encounter

The match on Friday is not the first time B1286 and Kuplens Kæmper have played against each other. As Jonas Sørensen, team captain for Kuplens Kæmper, explains:

”We humiliated them last fall in the finale of a different tournament, where we won 3-0 on their home field in front of all of their fans”.

”We know what we have to do to win, because we have done it before and we are eager to get the trophy back to Political Science, where it belongs”.

A chance for a comeback

The finale on Friday gives B1286 a chance for a comeback from last year’s defeat in the semifinals, whereas Kuplens Kæmper have a chance to change last year’s silver medal into gold.

Jonas Sørensen has only one thing to say about B1286 before the finale on Friday, inspired by football player Zlatan Ibrahimovic: