How Danish-Americans speak an older, yet newer, Danish 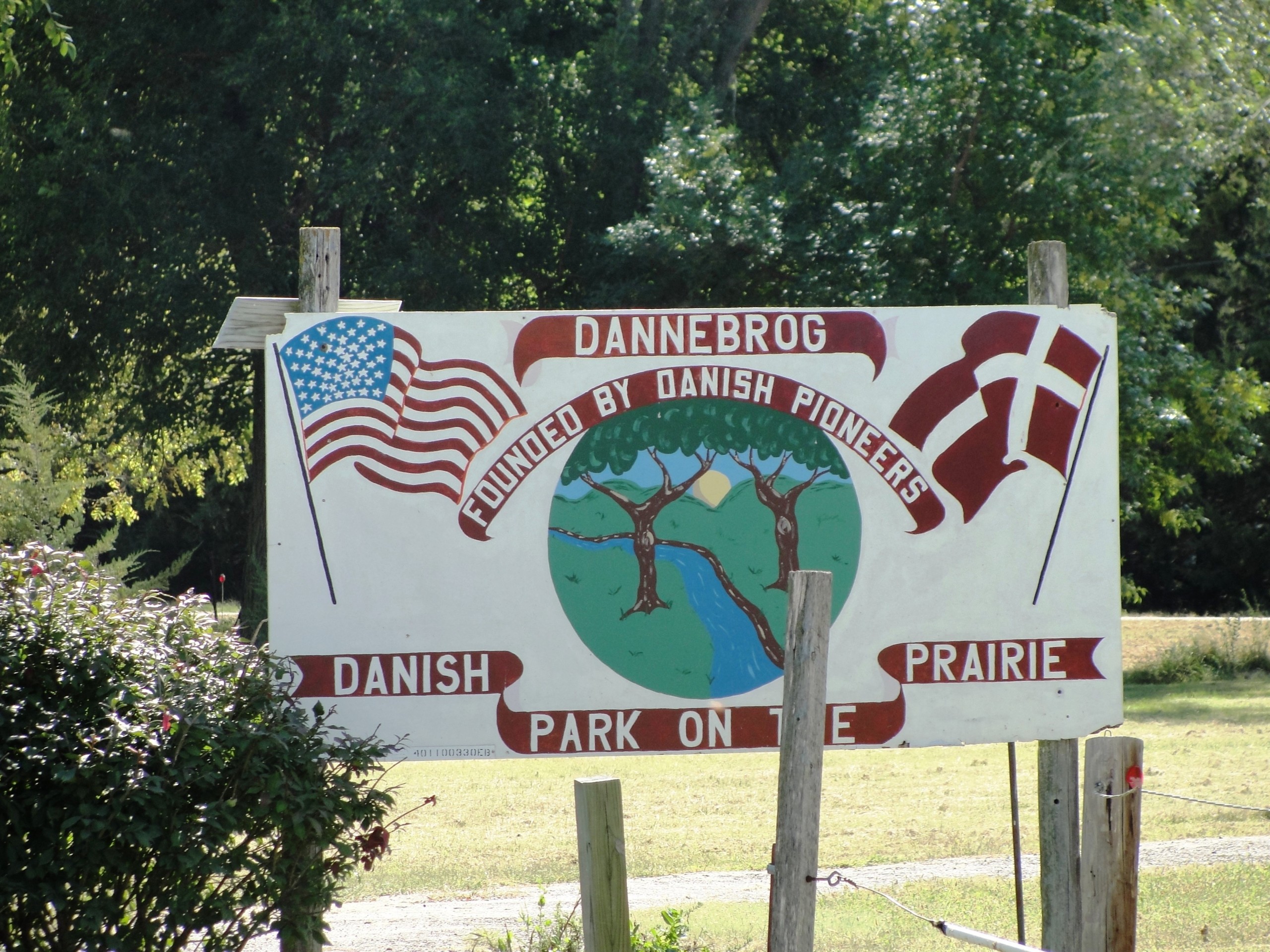 Sign in the town of Dannebrog, Nebraska. The American midwest was one of the main areas where Danish immigrants settled.
image: Linda Blicher

During the North European mass emigration from 1870 to 1930, a huge number of Danes crossed the Atlantic in search of a better life. The Danish immigrant population in the U.S. reached its peak in 1930 when 530,000 Danish-born and 1st generation US-born Danish American people lived mainly in the Midwest States, in Chicago and New York City.

Of course, the immigrants brought their home language along but the conditions for the maintenance of Danish language among the emigrants and their descendants were tough: The Danish group was much smaller than, e.g., the Norwegian and Swedish group, and the Danes did (in general) not settle together in closed (linguistic) communities where the language could be maintained, as the Norwegian group did. The Danes rather moved on, following socio-economic opportunities such as better jobs or better land, but leaving the Danish language behind.

Besides, the high percentage of young and unmarried men in the Danish immigrant group lead to a high number of mixed marriages where Danish could not be maintained as a family language. Together with the US American nationalistic propaganda in the wake of World War I and the melting-pot effect of post-war American society in the 1950s, the Danish language among the immigrants seems to have been subject to rapid decline.

One of the aims of my postdoc-project ‘Varieties of Danish outside Denmark’ has been to find out whether the Danish language in the US indeed did decline in rapid and unstructured processes of language loss, only to be replaced quickly and effectively by English. In order to be able to tell, I have analyzed 64 recordings of Danish-American speakers from the 1970’s, containing narratives such as the following:

[Translation: My mother was born in 1866. And dad in 1863. And they came to America in 1880, and they homesteaded at Bryant, South Dakota, in 1881, yes, and they got married in 1885. They came from Denmark. From Thy, Thyland, I guess. I was born in this place. This is my home farm. Oh yes, I have lived here for my whole life. Well, I have lived here since 1895. I never went home to Denmark. My mother spoke English well but my father, he didn’t. He was a bit older when he came over. However, see, he coped. You know, they usually had- in every place, they usually had someone who could speak Danish. In all stores and banks, they usually had someone who could speak Danish. However, at home they always spoke Danish, yes. That was all I was able to speak when I started school. I couldn’t speak anything else. I was seven years old. However, you weren’t allowed to speak Danish at school- but then we went out on the road and there we spoke Danish. Now we speak together. However, you know, we like to speak Danish. I think more than we used to. When the children were at home, it was mostly English].

The text is not authentic as such. For the sake of brevity, I have put it together from bits and pieces of 2 interviews of Arnold Holmgaard (born in 1895 in the Danish settlement Lake Norden, South Dakota) and his wife Sophie (born in 1889 in Bryant, South Dakota), recorded in 1973 and 1976.

At first sight, Arnold’s and Sophie’s mixing of English and Danish (as well as some Jutish dialect) seems chaotic. However, my analyses of 64 of such recordings (90,000 words in total) show that the Danish language of the speaker group contains some systematic linguistic innovations, triggered by the contact with American English. These features are not just individual mistakes, but show up throughout the group. They make the language of the Danish-Americans systematically different from Continental Danish.

Snapshot of Danish in North America

Some of these America Danish features are highlighted in the text above: The use of ‘være’ (to be) in the forming of passive of transition verbs (e.g., ‘Min mor var født i 1866’ instead of Danish ‘Min mor blev født’), the English verb order in main clauses with an fronted adverbial (e.g., ‘I alle stores og banker, de havde mestendels en…’ instead of I alle stores og banker havde de…’), the use of ‘for’ to indicate duration (e.g., ‘Jeg har levet her for hele mit liv’ instead of ‘Jeg har levet her hele mit liv’) and the established use of English discourse particles (such as ‘you know’, ‘see’).

Further, the text shows some verbs that have taken over the English meaning, e.g., ‘Jeg gik aldrig hjem til Danmark’ where Danish ‘at gå’ is used as a broad movement verb like English ‘to go’. Another America Danish verb is ‘at lide’, as in the utterance ‘Vi lider at tale dansk’. It is constructed parallel to English ‘to like’ (‘We like to…’), but Danish requires an auxiliary verb (‘Vi kan lide…’). It is a funny secondary effect that Danish ‘at lide’ means ‘to suffer’, quite the opposite of the intended meaning.

This list of America Danish features is neither exhaustive nor closed – my project Varieties of Danish outside Denmark is still work in progress. Furthermore, the recordings from the 1970s show only a snapshot in time of the language use of 58 Danish-Americans, compared to the long history of Danish in the US. And if that’s not enough, there is still research to be done on Faroe Danish (on the Faroe Islands) and South Schleswig Danish (in Northern Germany), the other two varieties of Danish outside Denmark.