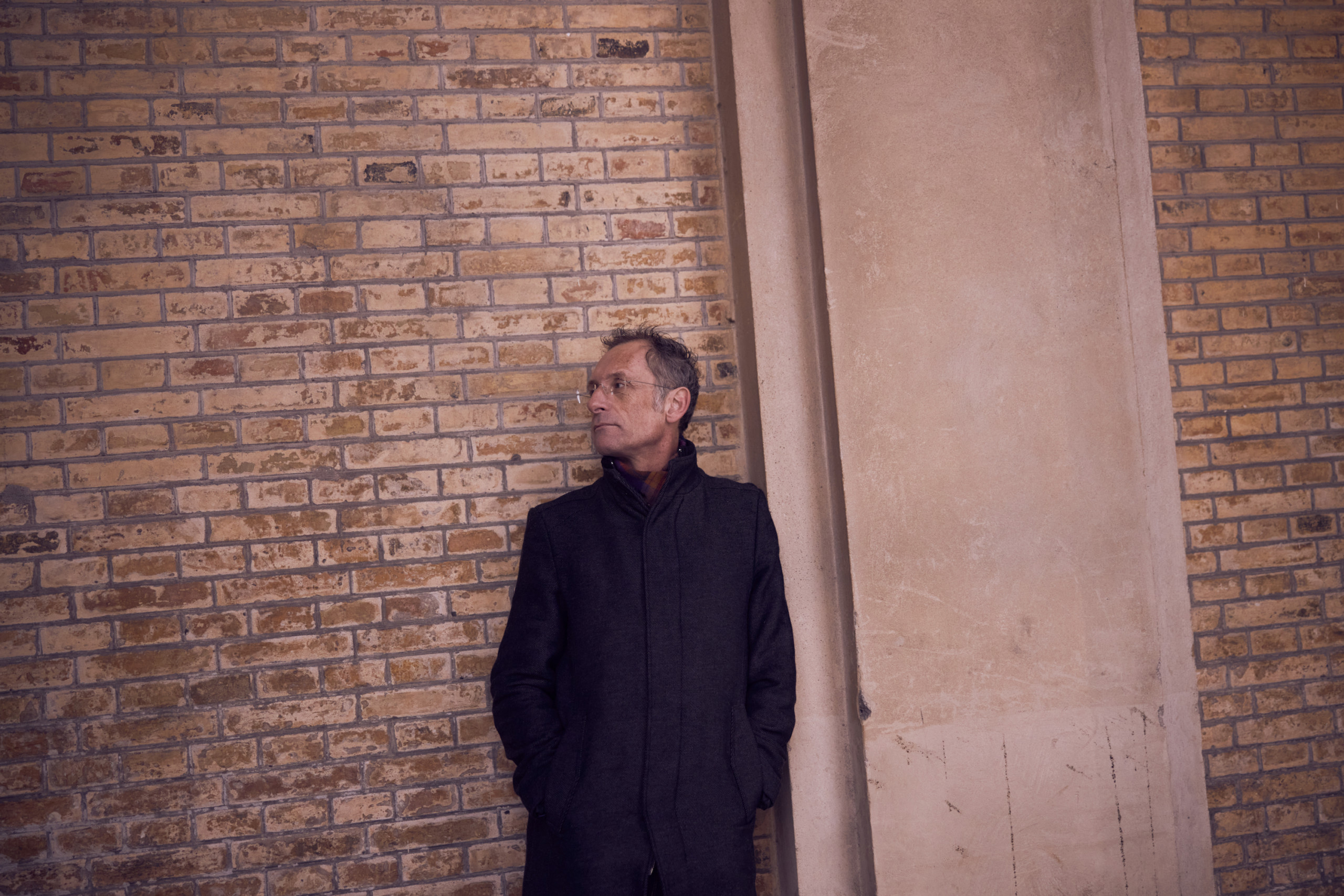 In a series of open letters, Ole Wæver and his colleague Barry Buzan are said to be behind »an orchestrated attack« and »a form of violence« after defending their academic work against racism charges. Wæver himself says that the criticism is full of misunderstandings and wild claims.

First the academic work of Ole Wæver was vilified. Now his own response to the criticism is the cause of outrage among colleagues.

In several open letters, hundreds of researchers criticise Professor Ole Wæver and his colleague Barry Buzan for being behind a campaign against Alison Howell and Melanie Richter-Montpetit. The researchers had accused Wæver and Buzan’s theory of securitisation of being based on »methodological whiteness« and contain »anti-black racism« in the journal Security Dialogue.

Two petitions have a particularly biting turn of phrase, according to the magazine Weekendavisen.

READ ALSO: Peace researcher Ole Wæver accused of racism: »I’ve never felt so bad about my life as an academic«

In one, called Security Studies Backlash – A Feminist Response, Wæver and Buzan are accused of being behind »an orchestrated assault« on Howell and Richter-Montpetit and using silencing techniques of the type that is designed to silence, say, women, ethnic minorities and anti-racist scholars.

The authors of the letter note for example that Wæver and Buzan have written a defence of nearly one hundred pages and have reportedly mobilised supporters on social media.

»We’re absolutely horrified by this tactic and by this attack. We view what is happening here as a form of violence, mobilised by scholars who ostensibly abhor violence but who are now responsible for the toxic and dangerous environment of harassment and intimidation their actions have produced,« the letter states, and is signed by over 250 researchers.

A threat to research freedom

Even more, 430 at the time of writing, have signed another letter, addressed to the journal Security Dialogue. Here too, the authors accuse Wæver and Buzan of being behind a bullying campaign and of giving ammunition to the extreme right by using terms such as deep-fake methods and cancel culture.

They point to Wæver and Buzan wanting Security Dialogue to retract the article, just like the two have announced in a letter to about 400 colleagues that they will no longer send articles to the journal if the current management continues, or if it continues to publish »malicious research of low quality.« In the same letter they write that Ole Wæver intends to leave the journal’s editor group.

This has the authors of the petition writing that Buzan and Wæver not only attack anti-racist research, but also academic freedom in general. They find it »extremely troubling,« that they are allegedly calling on Security Dialogue to introduce special procedures for articles on race and racism.

In a third open letter, the so-called Colonial, Postcolonial and Decolonial groups of the British International Studies Association write that Wæver and Buzan, in their defence, do not take critical racial studies seriously as an academic field. They fear, they add, that their counteroffensive will discourage young scholars from engaging with race and colonialism in international politics research.

Silence from the authors

The letters are signed by prominent scholars. The first petition in particular has prominent names on it, including Cynthia Enloe, who is a leading figure in the feminist branch of research in international politics. The letter to Security Dialogue includes signatures by distinguished American professors Lisa Duggan and Caren Kaplan.

We’re absolutely horrified by this tactic and by this attack. We view what is happening here as a form of violence

The University Post has tried to get a number of the researchers behind the three letters to elaborate on their criticism, but none of them would be interviewed.

Lisa Duggan refers to three researchers who are reportedly the lead authors behind the letter to Security Dialogue, including professor at the University of California Santa Barbara, Paul Amar. But Amar refuses to be interviewed.

»It is important for us signatories to respect the text of the letter we wrote to the editors of Security Dialogue. We stand by that letter word-for-word. But I will not do interviews or chats about this matter,« he writes in an email.

The message is the same from one of the main authors of the second petition, Professor of Political Science at York University, Sandra Whitworth.

»Those of us who wrote the statement feel it expresses our views and describes what motivated us, and since it was arrived at collectively we would rather let the statement speak for us,« she writes.

It has not been possible either to get a comment from the researchers behind the BISA letter.

Ole Wæver, on the other hand, would like to respond to the criticism.

He says the petition which includes Cynthia Enloe is »the worst one«, not just because it has prominent signatories, but because, according to Wæver, the authors distort and simplify the debate when they accuse Wæver and Buzan of using silencing techniques:

»They block out the whole question of whether there is a problem with the original article, and turn it into a narrative about two younger women writing an article about two older men who couldn’t take criticism,« he says.

READ ALSO: Ole Wæver wants to win the argument on his critics’ own terms. That’s what makes it really interesting

»Anyone can relate to this story. It’s easy to see who you have to side with. It’s effective because everyone forgets to think about whether the original article actually holds water.«

It makes perfect sense that I don’t want to be a part of an editorial team in a journal that has exposed me to this.

According to Wæver, many of the researchers who have signed the letter have probably never read a single sentence about securitisation. They simply want to criticise racism, the bullying of young researchers, and the »thin-skinned senior researchers,« who lead campaigns against critics, he says.

If this was the case, Ole Wæver himself could have signed the letter. But this is not the case, according to him. According to Wæver, the petitions are based on the misconception that Howell and Richter-Montpetit’s article is a normal academic critique of a theory, when in fact it is an example of faulty science.

Wæver criticises the article in such dismissive terms, because is not about critical race studies, quite the opposite, he says. The article which accuses his theory of being racist is of such poor quality that it is a parody of the field.

»It’s misguided to say this is silencing. Because this means that our criticism is directed at all race-critical research – as if any article that uses critical race studies can be withdrawn in the future. On the contrary, it is a question of this particular article not living up to the standards of the field. And in order to save that field and to insist that good and solid research can be carried out within it, we have to say that this article is not good enough. Even in our short answer, this is actually quite clear.«

The rats are missing

For the same reason, Wæver rejects the idea that his defence was a threat to freedom of research, as it states in the petition sent to Security Dialogue.

He calls several of the points in the open letter »pretty far out.«

As he has previously told the newspaper Weekendavisen, the email he sent to about four hundred colleagues was not part of a boycott campaign, as he thinks the petition claims. And he also defends his statement that he intends to leave the Security Dialogue editorial team:

»It makes perfect sense that I don’t want to be a part of an editorial team in a journal that has exposed me to this. It is not only about the article, but also the refusal to cooperate on subsequent solutions.«

He knows that it is unusual to demand the withdrawal of a peer-reviewed article in a subject where the line between right and wrong is often contested. But it’s an unusual situation, he says, and draws parallels to the case of the brain scientist Milena Penkowa at the University of Copenhagen. She had articles retracted and was stripped of her doctorate after she was found to have breached good scientific conduct and found out to have fabricated experiments in rats.

»It’s the same with this article. There are no rats here either. The data on which [Howell and Richter-Montpetit] base their analysis is just as flawed. Point for point, they claim to have found something in our texts that is not there.«

The authors behind the open letter to the Security Dialogue criticise Wæver and Buzan for attacking the journal’s peer review process. Wæver himself, however, says he does not want to challenge the peers’ selection and assessment.

This criticism is deeply incriminating because it accuses my entire work of being carried out in the service of racism.

Instead, he points out that the article should have been rooted out following post-publication rules that state that journals need established procedures to correct, revise or withdraw already published articles if serious errors have been found.

»In the Penkowa and rats case, we should not have to expect that the peer reviewers had bought 700 rats themselves and done the same experiment. And the same applies here,« says Ole Wæver.

»The peer review is based on the data provided by the authors, but they ended up publishing an article that could not hold water. That is why there are rules for withdrawing an article, even though there is little precedent to do so in our own field.«

In the open letters, the authors highlight that Ole Wæver and Barry Buzan considered it necessary to write a 98-page defence, almost five times the length of Alison Howell and Melanie Richter-Montpetit’s original article.

The question is, would they have really need to use so many pages, if the criticism didn’t have a grain of truth in it?

»I’ve never ever written such a long answer based on normal criticism. But this criticism is deeply incriminating because it accuses my entire work of being carried out in the service of racism. I cannot treat this like any other form of criticism. This is ridiculous. Of course I’ve invested myself in this in a completely different way,« says Ole Wæver.

»Apart from this, in the long response we take critical race studies seriously and discuss what should be done in racism and security research, even if the critics claim that we do not.«

Your language has been criticised too, partly because you use words like deep-fake. Have you regretted using words like that?

»I know that if you reduce this to a kindergarten level, it’s about one side slinging insults at the other, who then slings back another one. But in my naivety, I didn’t think the research world was like that.«

»That’s exactly what they’re doing. The social and cultural sciences have 350 years of history in discussing how to read and analyse texts. If we just do what the two researchers have done, then we destroy large parts of the humanities and social sciences.«

But do you understand that your language has been seen as incendiary?

»I understand that,« says Ole Wæver.

»I hope there’s going to be a day when all this has calmed down, where we can dive down into the concepts and discuss them.«

Melanie Richter-Montpetit and Alison Howell could not be reached for comment. 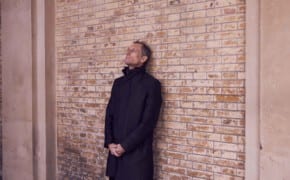 Peace researcher Ole Wæver accused of racism: »I've never felt so bad about my life as an academic«