»I felt that the work was the most important thing in the world. But the coffee tastes better now« 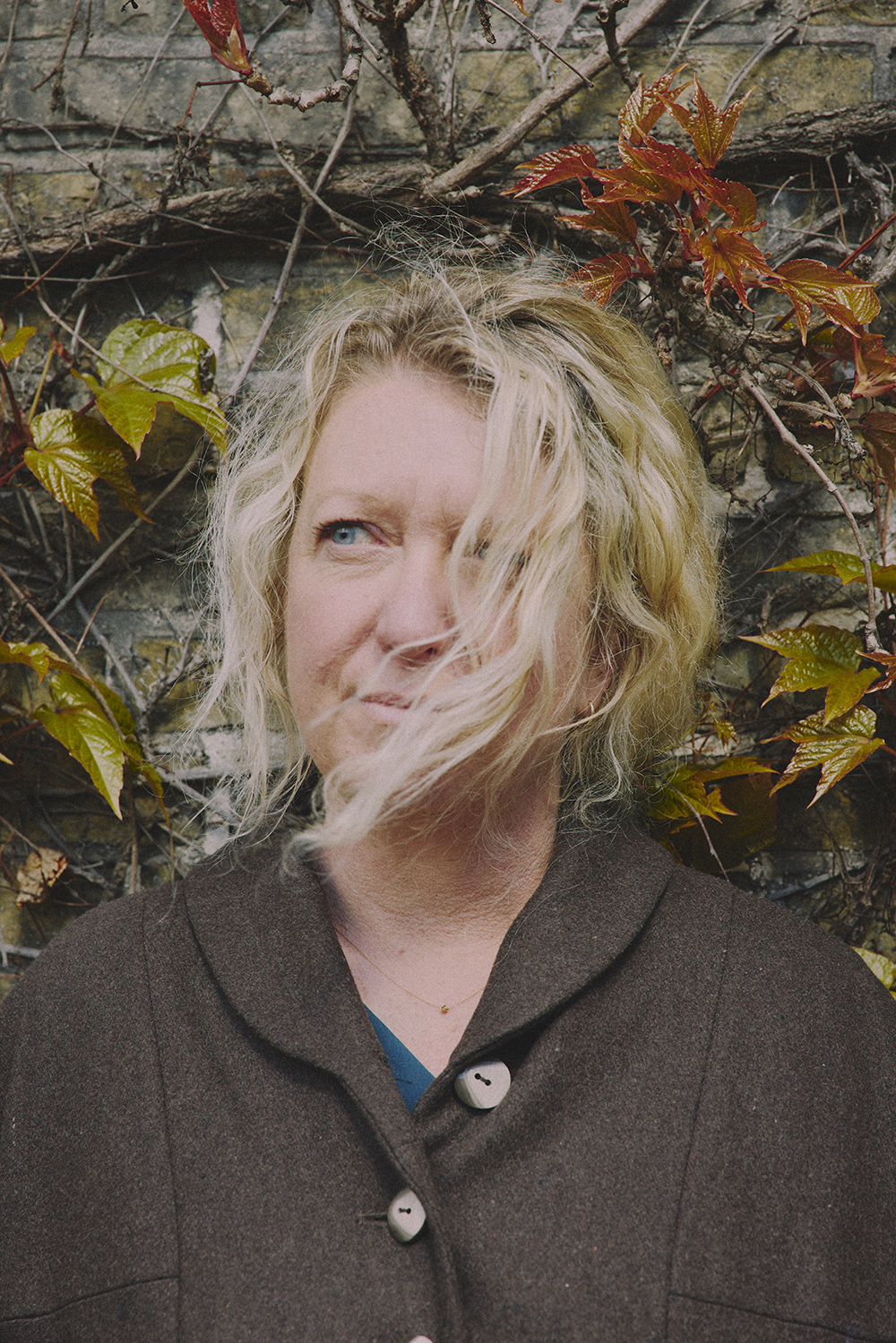 Sociologist Marie Bruvik Heinskou says she is »much, much more cheerful« after dropping her academic career.
image: Jonas Pryner Andersen

The research career path — A bad backache one Christmas Eve on a Swedish farm had Marie Bruvik Heinskou changing tack. Because even though she was awarded a coveted permanent position as associate professor in sociology, the price for working as a researcher was just too high.

by: As told to
Frederikke Amalie Dam

»From the time I handed in my master’s thesis, things happened swiftly. I started my PhD shortly afterwards. I wrote about reported rape cases in Denmark, which was, and is, a subject that is topical and much-debated.

Before I completed my PhD dissertation I applied to the Research Council for a grant that I was lucky enough to receive. This allowed me to take up a position as assistant professor at the Department of Sociology the day after my PhD defence. This also led to being able to follow a teaching and learning in higher education programme, and that I was the research group head for cultural sociology at the Department of Sociology at the University of Copenhagen (UCPH). It was really good, but it was also running in parallel to a demanding research project that I was running. I wrote about and studied women’s use of sex tourism in Africa and Cuba, so I travelled away on fieldwork and was away from home for quite some time.

To go directly from a national PhD project to an international research project: This started to be a drain on my inner resources. But you become so captivated by your own ambitions, by your career, and by the recognition that you get, that it can be difficult to take a break from it all for a while.

Together with three others, I applied in 2013 for a grant for a project on street violence in Denmark. We got it. It was a big and ambitious research project. And in contrast to previous ones, I was fortunate enough to work closely with other researchers. It was fun, and we really gained new knowledge and generated new methods. And as if that was not enough, in 2016 I also received a grant as a research director on a national study to uncover sexual harassment in Denmark, funded by the Danish Council for Crime Prevention.

Young researchers’ career paths are characterised by uncertainty and fierce competition. Permanent jobs are few and far between. In this series, current or former researchers talk about the pitfalls, the unwritten rules, and the coincidences, that were decisive for them and their choice to stay in academia, or to leave.

Assistant professor at the Department of Sociology UCPH (2010-2014)

PhD in sociology, Department of Sociology at UCPH in 2010.

There was a lot of hard work and commitment, and we worked round-the-clock.

Even though I was dining out, or in good company somewhere, I could get an idea for the research during dinner, and then just go out into the garden and talk for half an hour with my colleague on the phone – because we couldn’t wait to talk about this idea until Monday morning. It felt right to make the calls at all times of the day, and it was also really fun. This type of passion for the work is fascinating – but also demanding.

While I was doing my master’s thesis, I had my first child. I got my second child while I was doing my PhD. But it is, as most people know, demanding to be a parent to a small child and very ambitious at the same time. Just before I handed in my dissertation, I got divorced.

In many ways, this led to a good deal of freedom, because I had the kids every other week and could work as crazy as I wanted to in the other week. You can be devoted to research, but there is another part of you that is devoted to your children. But I found it difficult to be attentive to my children. At least in terms of my own ambition in being a mother.

At the same time, I could see that I could not fully honour the requirements for what you had to do to get an associate professorship at the University of Copenhagen. Everyone who was employed at that time came from elite universities like Harvard and Yale.

But I did not have the international experience, because I had my children. In the past, it had been a bit of a jigsaw puzzle to be able to do fieldwork as a divorcee. And the international articles take time to get published. And I had also been prominent in the public debate and published Danish-language books, something that is not rewarded in the UCPH points system.

I had studied sociology since 1996, and I had only been there since then. In 2016, there was a job posting for an associate professorship at Aalborg University. I had seen how things had turned out for my talented younger colleagues who did not get permanent positions at UCPH – and where I felt that women, in particular, were being left out. So I applied for the associate professorship at Aalborg University hoping for a permanent position somewhere else.

It was quite clear to me that I was on the wrong path, even though I had reached the top of the mountain.

It was fantastic to be offered the permanent position that everyone dreams of. In practice this meant that, in the week I did not have the children I was in Aalborg, while I had an office in Copenhagen every other week. Smart in theory, but incredibly demanding in practice.

I found that I had to make compromises all the time. Partly with how my research was turning out, because the requirements for new project funding constantly took up time from the actual research. Partly with how I could do the teaching, when I had to do everything else. But it was also tough on the home front.

I stayed in a tiny room when I was in Aalborg. And I could work on the train and correct assignments. But it was not a good and happy life that I had.

READ ALSO: Associate professor Nina Grønlykke Mollerup: »It would be nice to know that the university felt an obligation towards me«

Crisis and change of tack

One Christmas Eve in 2017, I was struck down with back pain. We were out on our farm in Sweden to celebrate a nice Christmas. But I couldn’t move. My back just shut down completely. It made me think, ‘if I keep on like this, I don’t think I’ll make it to old age’. I felt like I was going to die as a 50-year-old.

It was quite clear to me that I was on the wrong path, even though I had reached the top of the mountain.

What may have been key to this, was the insight that this would just continue. That there would be no break. What was the next step? I could become a professor, but most of the professors worked and looked just as stressed as I felt myself.

The magazine Akademikerbladet showed in 2018 that 49 per cent of Danish universities’ academic staff were temporarily hired. Back in 2002, this proportion was only one third. It is quite normal for permanent positions to remain nothing but wishful thinking.

So with acute back pain during these exhausting Christmas days on the couch, I opened up the Djøf trade union’s magazine. And there was suddenly this job outside the university that I thought was really attractive – as a publishing editor at Hans Reitzels Forlag. I had been to a meeting there once because I had to publish a book. And I thought when I was there, that if I was ever going to do something else, it would have to be a publishing editor. It looked both privileged, important and exciting.

When you are a researcher at the university, it is like entering a tunnel. You think that your work is crucial, and that what you do is the most important thing in the world. And research is important — as new research can change the world. But there is also a reality, that is just as important, outside.

As publishing editor, I feel that I can help move things just as much. Because I can help communicate new knowledge to students and to a wider public and set off debates. Now I am not in front, but just behind the author.

The ideal of creating more debate, more knowledge and more insight is what I have always worked for. I still do, I work for a public intellectual debate.

My own research field has been demanding in itself, because it has been about violence, rape and global sex work. It can be a violent and invasive material to work with, and on my last research project, we were even given supervision on maintaining a distance to the empirical field. This was important. But research has, in itself, its own enthralling passion and energy.

But the coffee just tastes better now. The working hours taste better. The lunch tastes better. And I think that my life has become so much nicer. It actually exists. This is it, isn’t it?

I never held these Danish spring bank holiday days off. Ascension Day, Great Prayer Day, weekend. It feels like I am much, much more cheerful. And when I go home at 4.30 pm, I am off.« 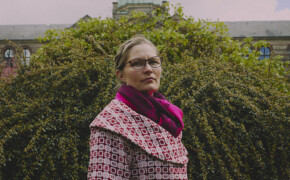 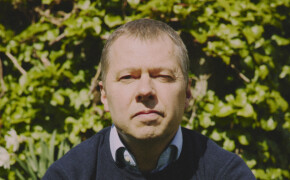 Associate professor: The world of research is »vicious«