In defence of the student who defended a worm 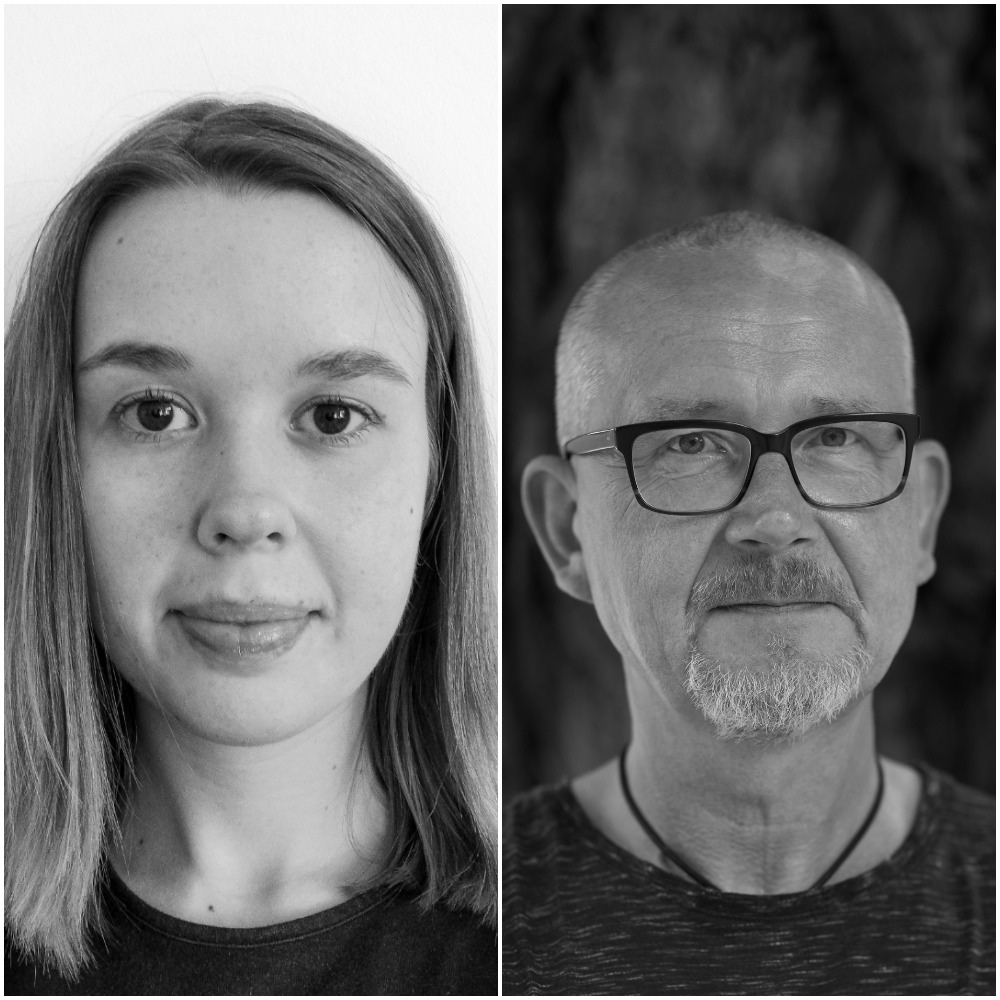 by: Anna Falbe-Hansen and Mickey Gjerris
Master's student in biology and associate professor in bioethics, respectively — both from the University of Copenhagen

Ethics — Before we just say ‘yes!’ and put on our protective rubber gloves, we should ask ourselves who we want to be. Do we want to be people who for no reason transmit electricity through other living, perhaps sentient, beings?

Have you also played with earthworms when you were a child? Have you tested the myth that a worm can live on as two separate individuals if you split it into two?

The earthworm is for many of us the first laboratory animal of our childhood, and it introduces us to the quirks and mysteries of nature. It is therefore also one of the first animals that can teach us what it means to be aware of other creatures’ vulnerabilities, and what is required of us to co-exist with them.

As with so many other things, the magic of the earthworm disappears with age. Nature is demystified, and we get used to seeing the wonders of this world. But if you, as an adult, miss the revelations of your childhood’s worm, don’t despair. On the medical degree programme at the University of Copenhagen, you are allowed to pin down earthworms and put current through them to examine their nerve impulses. This exercise is part of compulsory teaching on the degree programme.

The exercise was recently criticised by the medical student Clara Turner in an interview in the University Post in January 2022 based on her post in a Facebook group for medical students. Turner calls for a change to the way students use laboratory animals in the teaching – even when the test animal is ‘just’ a worm.

READ ALSO: Students against animal experiments: »I don’t want to have to roast earthworms in class«

This, apparently controversial, opinion set off a debate: »Particularly disturbing is a post on Facebook, where a medical student tries to stop experiments on the primitive mollusc,« the literature editor of Danish newspaper Berlingske Søren Jacobsen Damm wrote under the heading: ‘Now the young »Generation Delicate« is crying for a suffering earthworm: This could be dangerous’ as a response to Turner’s opposition against this form of teaching.

If you ask the editor Damm, Turner’s views express the views of a generation that cannot handle the inherent rawness of life, but would rather spend time on »gut feelings« and »social constructivist daydreams«. Because how will you be able to keep your cool during heart surgery if you can’t »tolerate experiments on a primitive organism like an earthworm«?

After this case was put in front of her, Helena Pedersen, who does research on animal-human relations in teaching contexts at the University of Gothenburg, says:

»Accusing conscientious protesting students of being delicate is a common and demeaning strategy. But it is deeply problematic. It is both thought-provoking, and regrettable, that the university’s responsibility for critical thinking, critical analysis, and ethical awareness is not just ‘forgotten’, but even rebuked when it comes to animal experiments.«

From our perspective, Clara Turner has raised a necessary and important discussion. No matter how low or insignificant the editor Damm considers earthworms, the above-mentioned experiments raise meaningful ethical questions. It should not only lead to reflection when monkeys or puppies are at stake. Because how closely related to human beings should animals be, actually, before we consider animal experiments worth dealing with from an ethical point of view? And what ground-breaking and necessary knowledge should animal experiments contribute to, before we no longer consider the application of pain as just cruelty to animals pure and simple?

We humans do not have access to the earthworm’s own experiences. Regardless of our efforts to put ourselves in the place of the worm, we can, at best, only speculate on what it is like to be a worm from a worm’s perspective. Speculations that necessarily derive from our own human consciousness. Even though we have both physical and existential features in common with earthworms, and it is therefore not completely impossible for us to identify ourselves with them, they must remain »strangers under the same moon« to us, as the Danish poet Søren Ulrik Thomsen writes.

For the same reason, it can be difficult to assess whether living laboratory animals are suffering from pain in the classroom. We can, nevertheless, take our point of departure from the efforts we make to contain or inhibit the animals we investigate in the laboratory. The measures we are forced to use, such as fixation with needles, or containment in petri dishes, help to underline the animals’ lack of will to cooperate.

No animals voluntarily sign up for our experiments. They don’t take one for the team, or ‘sacrifice’ their lives for our sake. No matter how noble our goals are for our research and teaching, it is abuse of the animals that we use. Ethically speaking, it can be defended if it is necessary to achieve important results. But this requires humility in relation to our knowledge of the animals, and our use of them. And this means that we should always be willing to have an in-depth discussion about our perception of what is ‘necessary’.

In the article in the University Post the instructors who are responsible for the earthworm exercise say that the experiment is important to impart the necessary knowledge to the students. They will therefore keep doing the experiment as part of the teaching. The same article says, nevertheless, that you can become a medical doctor from Aarhus University and the University of Southern Denmark without having to do the same experiments.

That there are different teaching methods at different universities is, of course, not a problem. But when these methods involve the inclusion of living animals and experiments like the one Clara Turner and her fellow students have to carry out, it should lead to some reflection when other study programmes, that educate students for the same jobs, do not consider there to be a need to use animals in this way. We do not need to determine who is ultimately in the right. But we need to note that it might be worthwhile to consider whether you could do without the experiment and still educate talented doctors, when this is possible at other universities.

In Danish animal laboratory legislation, vertebrates and squids are, to some extent, protected from our curiosity. But earthworms are not. So why even worry about them? Is the concern for worms not a reflection of the weakness that Søren Jacobsen-Damm is trying to fight? To this we say the following:

First of all, research into animal welfare and behavioural biology makes us increasingly wiser about the outside world. Researchers used to dissect living dogs without the use of anaesthesia because they believed that dogs could not feel pain. Until recently, many people perceived fish to be a kind of swimming vegetable rather than a sentient creature. And within the insect field there is a growing awareness that you at least cannot deny the possibility that some insect species may experience their own existence. It seems to be fitting to have a certain humility concerning our own ignorance. Unless it is necessary due to some higher purpose, it seems pointless to routinely cause possible suffering to worms.

Secondly, we are ethically accustomed to asking: What should I do? What’s the right thing to do? But maybe we should change the question a bit and ask instead: Who should I become? What kind of person should I strive to be? Before we just say ‘yes!’ and put on our protective rubber gloves, we should ask ourselves who we will become if we just act on the basis of a convention, with a lack of ingenuity, and with indifference and simplistic ideas about what makes a person strong or weak. Do we want to be people who, for no reason, transmit electricity through other living, perhaps sentient, beings?

Would we not, in reality, be stronger when we dare to stop this superfluous suffering or destruction of the living, and question it? Are we not weaker when we rigidly hang on to the methods and traditions of the past? These questions have arisen in continuation of Clara Turner’s critique of an earthworm experiment on the medicine study programme. The questions, however, go much deeper at a time when a reconsideration of man’s current ways of perceiving, treating, and interacting with other animals is crucial if we want to live on a planet in ecological balance. This, in our opinion, is an uncontroversial point of view. 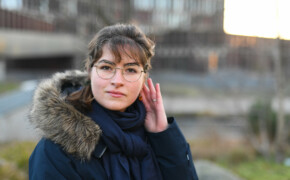 Students against animal experiments: »I don’t want to have to roast earthworms in class« 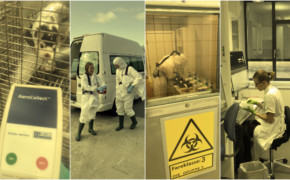 She was doing an autopsy on a mink. Then, suddenly, her whole field of research vanished 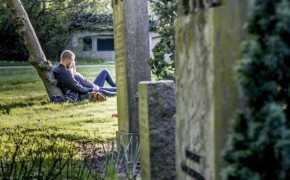 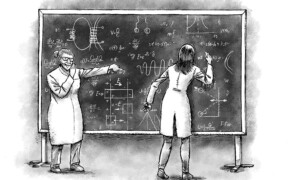 Researchers do not own the work of students: New guidelines for students involved in research