Iran researcher: If I answer journalists’ calls, my career will suffer 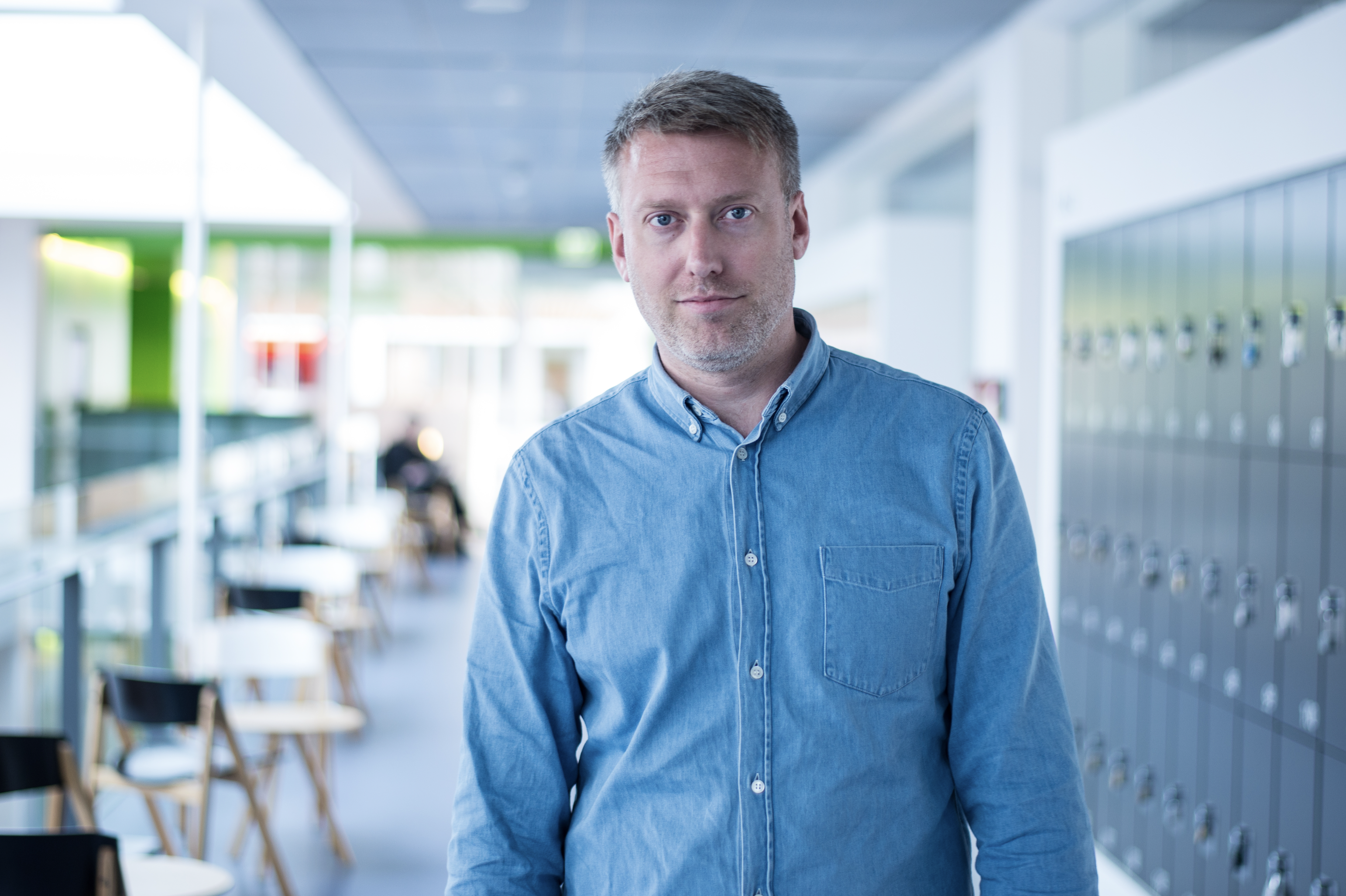 »It is more important for me to spend time on research communication than it is to become a professor and bring in external funding. « But researchers should not have to choose between the two, says Rasmus Elling to the University Post
image: Aske Stick

Science communication — Rasmus Elling’s phone has not stopped ringing for the past few months. The calls are from journalists covering the protests in Iran. They need his language skills and in-depth understanding of the country.  But press interviews take time away from his research and do not earn him points in the University merit system. Sharing scientific findings with the public should be a quantifiable parameter for researchers, he argues.

The calls usually start at 6 am. Sometimes associate professor Rasmus Elling talks to between five and fifteen journalists in a day. For the past few months, he has been bombarded with requests for information about the protests in Iran, which started with the death of 22-year-old Jina Mahsa Amini and have since spread throughout the nation.

There are technically only one and a half associate professors in Denmark who specialise in Iran and speak Persian, so of course our phones have been blowing up.

» There are technically only one and a half associate professors in Denmark who specialise in Iran and speak Persian, so of course our phones have been blowing up now that our subject is finally in focus,« says Rasmus Elling, who has a PhD in Iranian Studies and works at the Department of Cross-cultural and Regional studies (ToRS) at the University of Copenhagen (UCPH).

READ ALSO: »Currently, science communication is for idiots who like doing unpaid work«

It is rare for journalists to get a visa to visit Iran, so most articles about the country are written from afar. Because of this, journalists need to verify the information they receive from Iran, which lacks free, independent media sources. And Rasmus Elling, with his decades of research experience and command of the Persian language, is an invaluable resource for this.

»Humanities researchers are crucial to journalists’ ability to write articles. As well as interviews, we help them with information evaluation and verification, and contextualisation of the news. We provide background information, connect them with sources and informants in the country, and translate social media content, for example. This all takes time, and I am glued to the screen most of the day to stay informed, as the situation changes minute by minute. «

Talking to journalists is a full-time job

It is good that journalists ask for academic input when they are writing about complex issues, says Rasmus Elling, and he is happy to share his expertise. He sees communicating with the public as an essential task for researchers.

But he is also frustrated. For the past few months, helping journalists to understand this pivotal moment in Iran’s modern history has amounted to the equivalent of a full-time job for Rasmus Elling, both during and after normal office hours. But it does not give him any credit in the academic system.

If I had answered the phone every time a journalist called in the past two months, I would not have nearly enough time for my main responsibilities at the Department. As researchers, we are penalised for that.

To make matters worse, niche subjects like Iranian studies are under constant threat of closure, and cutbacks make it hard for Rasmus Elling and his colleagues to do their job during periods when their expertise is in high demand outside of their department, he says.

Drop what you are doing, come to the Ministry of Foreign Affairs, tell us everything you know, and do a load of work, they said. Because now it was an urgent matter of national security to understand something about a niche discipline that is constantly under threat of closure.

»’Shut down the humanities’, is a common slogan in the public debate; the niche subjects and nerdy language disciplines are portrayed as worthless, and politicians repeatedly devalue them and make them the target of smear campaigns.«

»We are under constant pressure from reforms, which cut our resources, and from mounting teaching pressure, even in small subjects, and that makes it hard to focus on research,« says Rasmus Elling.

Rasmus Elling wrote about this issue on Facebook and LinkedIn recently, vowing not answer any more calls from journalists for the time being, so he can dedicate his time to research and teaching without distractions.

»If I had answered the phone every time a journalist called in the past two months, I would not have had nearly enough time for my main responsibilities at the Department. As researchers, we are penalised for that. But if I don’t, then what do the Danish taxpayers get out of having an associate professor in Iranian studies on staff? A lot of people will disagree with my approach. I feel I am expected to be available whenever I am called upon. On the other hand, Denmark does not want to pay for enough researchers so we have time to do our research, teach, and communicate to the public about a topic as important as Iran,« said Rasmus Elling.

»Drop what you are doing«

The situation in Iran is not the first time Rasmus Elling and his colleagues have been called upon in a crisis. After 9/11, the Danish authorities realised they needed Persian speakers and experts on Afghanistan, where the Danish military was involved in an intervention. And the Danish Military Academy expected Rasmus Elling’s colleagues to help to teach and ensure the quality of the training programme for Persian language officers.

READ ALSO: Prorector: »Of course we hope our researchers want to communicate to a wide audience«

During the Muhammad Cartoon Crisis, the Ministry of Foreign Affairs desperately needed speakers of Arabic, Persian, and Turkish.

»’Drop what you are doing, come to the Ministry of Foreign Affairs, tell us everything you know, and do a load of work,’ they said. Because now it was an urgent matter of national security to understand something about a niche discipline that is constantly under threat of closure. This is a stark contrast to all the occasions when politicians say there is no need for a broad palette of language-based regional studies.«

»The work we do is very valuable. Our alumni get jobs and are sought after in society. Everyone agrees that Denmark lacks language skills. At the same time, these subjects are neglected and threatened with closure. It is grotesque. Of course, this means that fewer students are brave enough to apply to small humanities subjects.«

Falling behind on everything

Rasmus Elling says he has fallen behind on every aspect of his work in recent months. He is currently planning a lecture for Oxford University, and he had to reschedule our interview several times. He made an exception to his no-interview rule and spoke to the University Post, because he wants to make political decision-makers aware of this issue and start a debate. How can research dissemination become a quantifiable parameter for researchers on an equal footing with peer-reviewed articles and funding, which give points in the merit system for becoming a professor?

»It is unreasonable to expect us to spend time on communication without being paid for it. It’s as simple as that,« said Rasmus Elling.

»When a researcher publishes a certain number of papers in academic journals, which are ranked according how important they are deemed to be, that is called impact, and it does wonders for their career. But who reads those articles? Seriously, how many people read them, besides researchers?« Rasmus Elling wonders.

»I feel we have a duty to share what we know with society, but if it does not give you merit points, it means that people like me hamper their career progression by spending time on it. The time I spend thinking about what to say and searching for background information, doing interviews and writing articles for newspapers is time that I cannot spend on research and external grant applications. It takes time away from writing articles for highly ranked international journals. UCPH is not the only university that has this problem. It is how the system works, because “dry” subjects are underfinanced and overburdened.«

Rasmus Elling says that line manager fully supports his decision to put talking to journalists on hold and take care of himself, even in busy periods. But although he has put his phone on silent for now, he knows he will have to turn it back on again in the near future. Because he wants to make communication a significant aspect of his career.

»I have decided that I can’t just stop doing research dissemination in these situations. Applying for external funding and publishing articles will have to wait.«

This is why Rasmus Elling wrote his book Iran’s Modern History (Gyldendal) in language non-academic readers can understand.

»The book does not benefit my research career, but I wrote it because I feel I have a duty to share what I know with the public. It has received good reviews, and readers tell me how important it is – so it has made a great impact,« says Rasmus Elling, who feels publishing his book is the high point in his career so far, even if it is outside of the university system.

Those in power need to realise that the humanities are fundamental to an enlightened society, the basis of our understanding of the world we live in – and they should respect and acknowledge that instead of campaigning against the faculty time and time again.

When Rasmus Elling goes to DR to make a video about the protests in Iran that gets 150,000 views, he feels that his expertise is beneficial to the public, and this makes it worthwhile, even if he gets no academic credit for it.

»Research-based science communication has huge potential, but there is no formal credit for it. That is a real shame. I think researchers would make a real impact on society if they had the time. We don’t all have to focus on science communication in a big way, but it should be worthwhile for those of us who want to and have the ability to do so. In short, universities need to find clear-cut, tangible ways to acknowledge research dissemination to the general public,« says Rasmus Elling.

»Those in power need to realise that the Humanities are fundamental to an enlightened society, the basis of our understanding of the world we live in – and to respect and acknowledge that instead of campaigning against the faculty time and time again.« 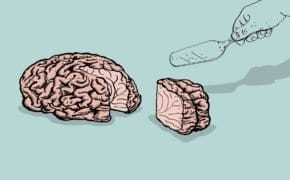 »Currently, science communication is for idiots who like doing unpaid work« 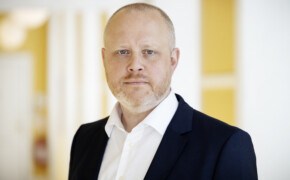 Prorector: »Of course we hope our researchers want to communicate to a wide audience«