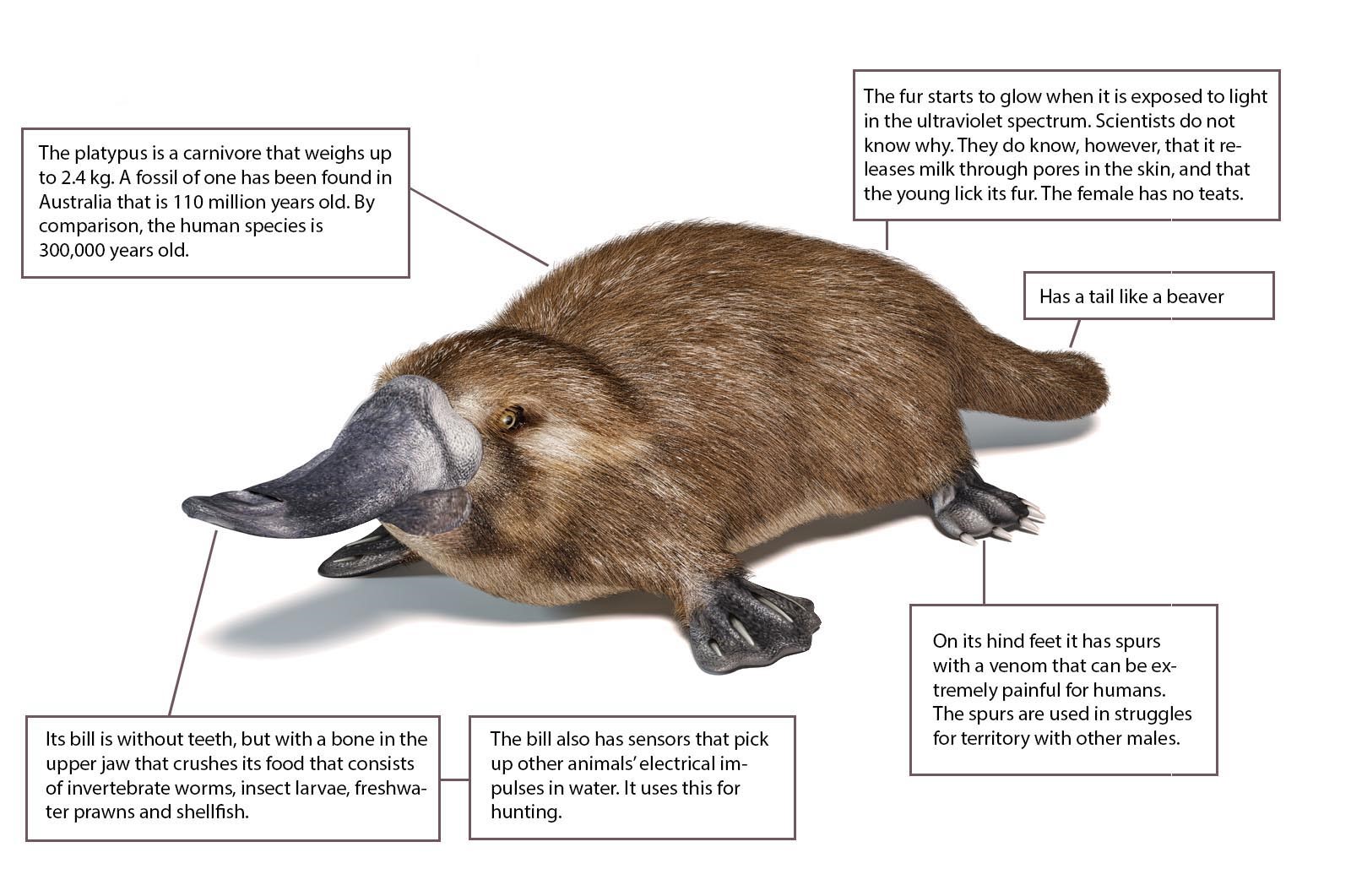 Science — It has been called bizarre, iconic, unusual, mysterious and strange. Now the whole genome of the platypus has been sequenced. A scientist from the University of Copenhagen led the project.

The platypus has glowing fur, sweats milk, has 10 gender chromosomes, a poisonous claw, a beak to record electrical impulses from its prey in water, webbing for swimming between its toes, and lays eggs even though it is a mammal.

There are not many animals that are as strange as the platypus. And we humans actually share a distant, common ancestor with it some time around 170 million years ago.

In other words, this is a quirky and — evolutionary speaking — durable cousin. Professor Guojie Zhang from the Villum Centre for Biodiversity Genomics at the Department of Biology at the University of Copenhagen believes that we might be able to learn something from it.

Together with researchers from other universities throughout the world, he has mapped out the full genome of the platypus. The project took six months, and the results have been published in the scientific journal Nature.

Platypus has sex chromosomes that are a lot like birds

Their study can give us some answers as to how the weird traits of the platypus arose.

Professor Guojie Zhang is particularly amazed by the 10 sex chromosomes that the platypus turns out to have. We have two of them, but the platypus has 10, divided into five Y and five X chromosomes. 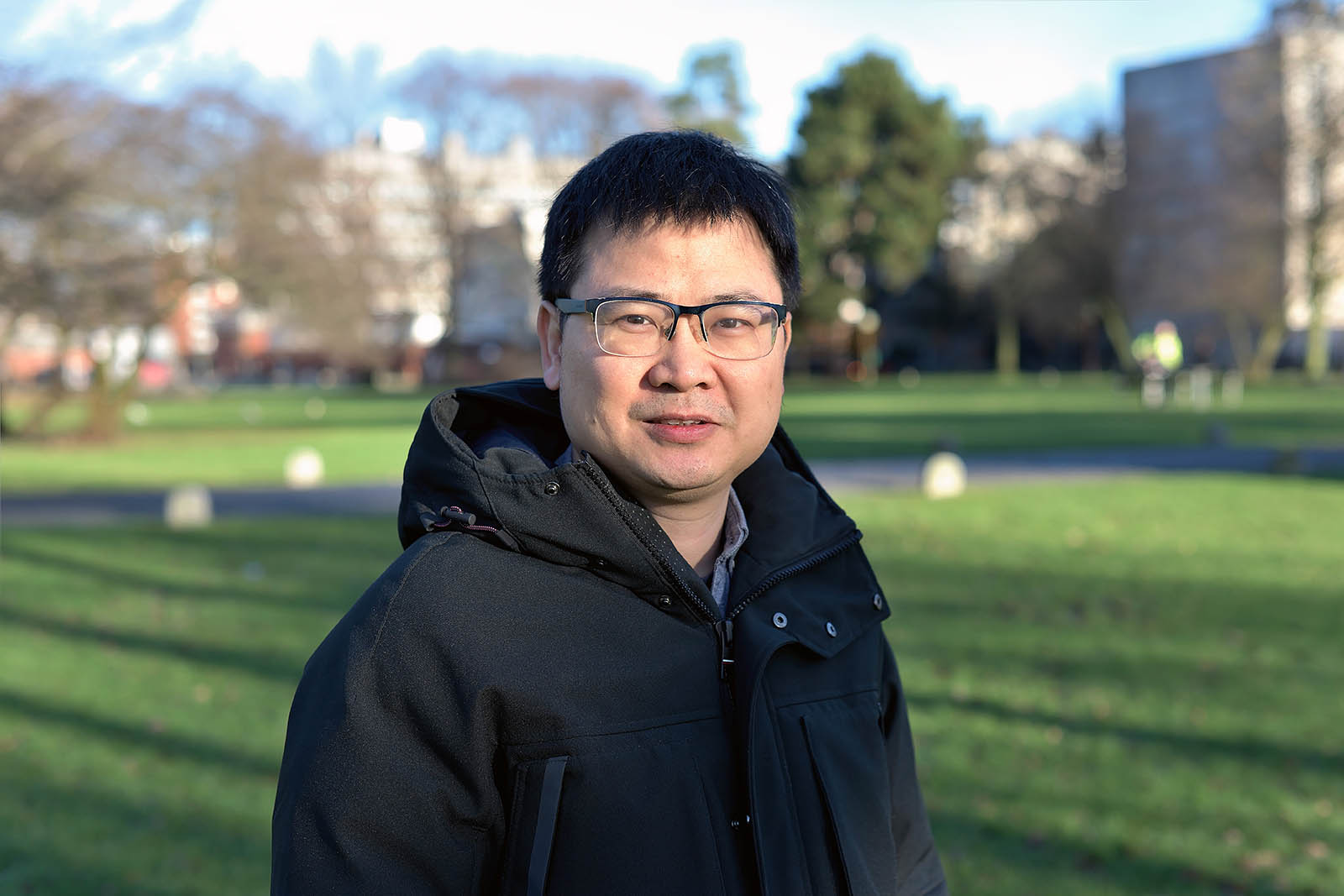 Guojie Zhang in the Universitetsparken near his place of work. He came to the University of Copenhagen in 2012 and is a Chinese citizen.
image: Anders Fjeldberg

A platypus lays eggs, even though it is a mammal. Why do we humans no longer lay eggs?

»This is a difficult question to answer,« says Guojie Zhang, »but our research has shown that the ancestors of humans and the ancestors of mammals had genes that were both able to form eggs and egg yolk. One of these genes is still active in the platypus, while humans have lost all three of them. Perhaps it is because we, as a species, became so skilled at taking care of our weak, newborn, young that we no longer had to lay eggs,« says Guojie Zhang.

His research has also shown that the platypus carries a so-called vitellogenin gene, which it needs to form eggs and egg yolk, while modern day birds – like chickens – bear all three of the vitellogenin genes.

According to Guojie Zhang, we do not know exactly when the platypus lost the two vitellogenin genes, but this may have happened about 180 million years ago.

The platypus also has genes that allow it to produce milk for its young, after the eggs are hatched – even though the female does not have teets. The young lick the milk from the mother’s fur.

The platypus belongs to the group of the earliest mammals called monotremes, and the platypus, and its cousin the ant eater, are a part of the group. The animals use a single duct (the cloaca) for their urinary, defecatory, and reproductive systems.

According to Guojie Zhang, the big difference is not so much that it is easier to map the genome of the platypus than the human.

It is just that the scientific equipment that sequence whole genomes has got so much better since the beginning of the new millennium. A few researchers can now achieve the sequencing of a mammal’s genome in six months and with a relatively modest budget of about EUR 8,000 – even though the final costs, according to Guojie Zhang, can vary greatly due to unforeseen expenses. 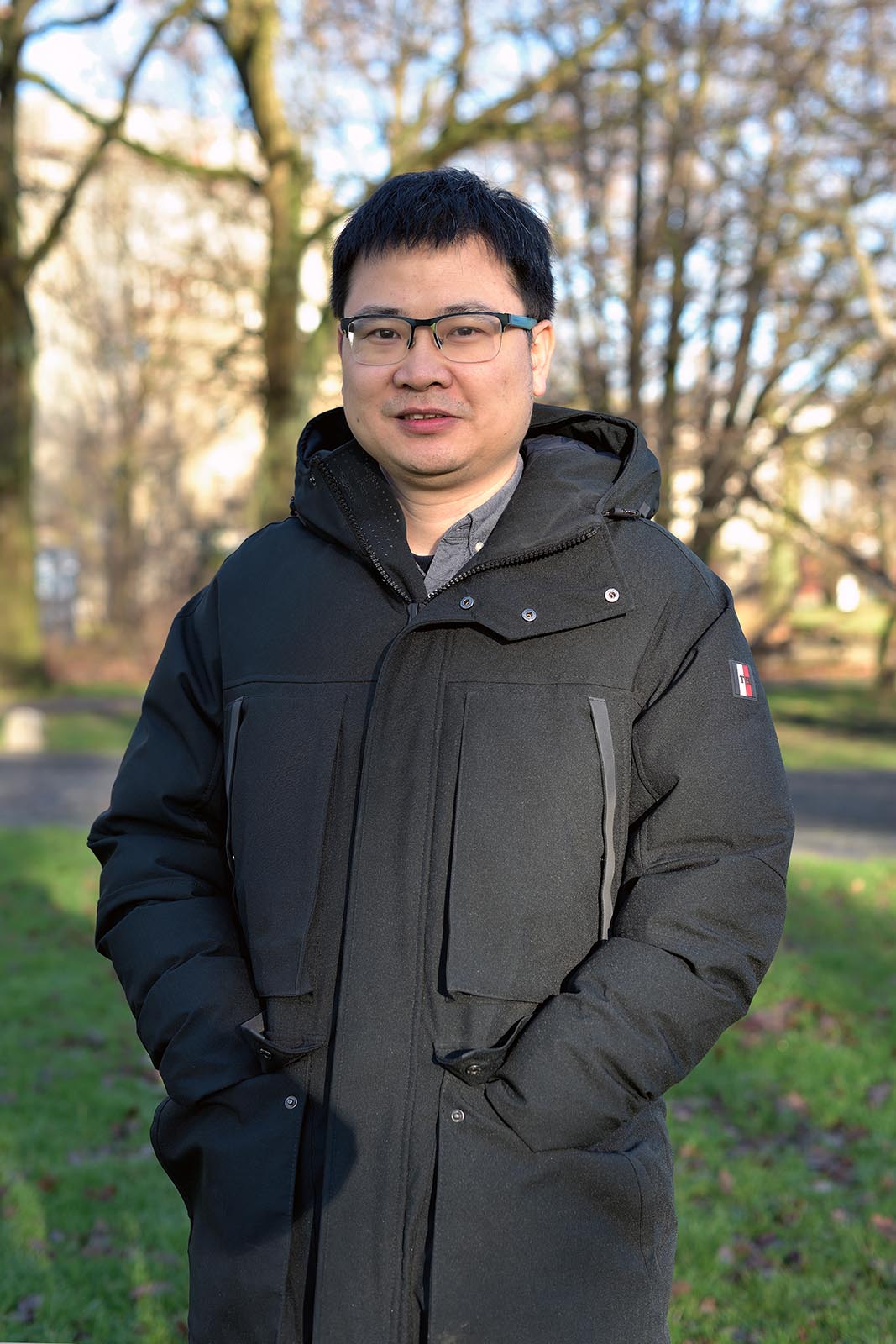 In 2011, Guojie Zhang was granted a Sir Frederik McMaster Visiting Fellowship, and thereby the chance to travel around the world to several zoos and laboratories where the platypus caught his attention. This inspired him to conduct a study of the genome of the platypus. As a researcher of evolution, he is always particularly interested in the species that can act as a kind of cipher to unlock an understanding of the entire evolutionary development.
image: Anders Fjeldberg
Newsletter