Lobbying in Copenhagen for EU membership 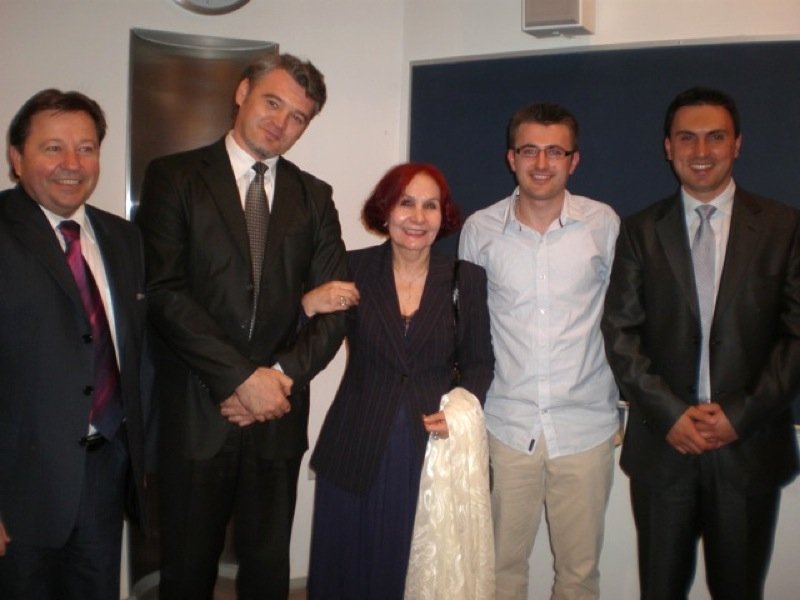 The Ambassadors for Croatia, Bosnia, Serbia and Macedonia in Copenhagen with University of Copenhagen student Aldin Ugarak, at the Pharma event
image: Amra Agovic

The Balkan war of the 1990s is over. This was the clear message of a group of Balkan ambassadors at a unique event organised by Bosnian pharmaceutical science students of the University of Copenhagen.

The Balkan states are more than ready to move on, and this means be accepted into the big family of the European Union.

Denmark is home to about twenty thousand people from Bosnia who came here due to the war in the Balkans in the early nineties.

Used to be warring parties

The event ‘The Youth of Bosnia and Hercegovina (BiH) towards the EU’ was organized by the Bosnian student association in Copenhagen, UBS.

Read about the Bosnian student network in Pharma here.

The purpose was to look at the challenges facing Bosnia and its youth at home and abroad, and to the country’s bid to enter the EU.

Apart from gathering the ambassadors of Croatia, Serbia and Macedonia, and the first Consul of Turkey, representing some countries once embroiled in bitter conflict, it attracted Bosnian nationals and students, along with a great number of Danes.

»I saw that the auditorium, which could fill about 250 people was almost full. To me, that says that our guests are interested in what we have to say, that they support us and would like to see Bosnia enter the EU in the near future,« says Mirza Gunic, one of the organizers.

Niels Jørgen Nehring is a former Danish Ambassador to Bosnia, and a person who can objectively say where the country stands when it comes to entering the EU. He indicated that maybe Bosnia needs a great charismatic leader like South Africa’s Nelson Mandela to better its situation and eventually become a member state.

»The European Union is the symbol of freedom and democracy, and all states, which are not yet members should strive to become so,« he states.

He hoped Denmark would help Bosnia in the process to EU accession, but was disappointed that the Danish government will be closing its Embassy in Sarajevo in 2011 due to financial reasons.

Political science student Andreas Nøhr Vestergaard, one of the speakers at the event, spent half a year in Bosnia doing his internship at the Danish Embassy in Sarajevo. With his experience with the Bosnian people and through literature he feels he is almost an expert on the country itself.

»Bosnia is one of my favourite countries in the world. I love its traditional folk music and its (alcoholic drink… ed.) rakija.«

Aida Zaklan, from the Bosnian students association in Odense, urged young and old people to take part in the elections in Bosnia this year and for all of those who still have Bosnian citizenship to register and vote.