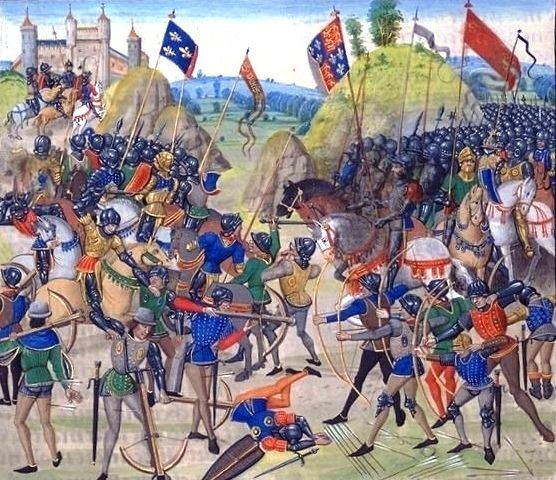 Knights in medieval battles were not all that hard under their suits of chainmail and armour.

A study by a University of Copenhagen historian Thomas Heebøll-Holm suggests that they had the same symptoms as modern troops in battle. This includes the scourge of modern troops returning from war, post-traumatic stress syndrome (PTSD).

Factors that dispose combat troops to post-traumatic stress were there in abundance according to his analysis of the medieval treatise ‘On Chivalry’, a kind of combat manual from around 1350 written by the French knight Geoffroi de Charny.

Some get trauma, some don’t

The pre-disposing factors to PTSD include malnutrition, continuous vigilance, and a constant state of preparedness. Knights were sleep-deprived and exhausted, killed other men and watched their friends die.

In the modern Vietnam, Afghanistan, and Gulf Wars, 10 to 20 per cent of returning combat troops suffer: Some do, some don’t.

»I refrain from making an exact diagnosis,« Thomas says, but adds that nearly all of the factors that military psychologists list as pre-disposing factors are there among combat troops of medieval battles. And according to Heebøll-Holm’s analysis they suffered from the same symptoms.

»The only things lacking from the list of factors are explosions and air attack,« Thomas explains.

Should do battle, not just tournaments

Charny’s treatise was written during the Hundred Years War between France and England, some time subsequent to the battle of Crécy in 1346 and prior to the battle of Poitiers, both English victories.

»Knights should be at the forefront of battle, and Charny looks down on knights that only go to tournaments,« he explains.

Charny himself was killed at the battle of Poitiers, where a large section of the French knighthood was captured and subsequently held for ransom.

»He wouldn’t surrender. He lived up to his own treatise ideology. It is better to fight than to surrender,« Thomas says.

Thomas Heebøll-Holm admits that his application of modern psychological concepts to historical texts is »an extremely controversial manoeuvre.«

»But if some of these disorders are prevalent it would have had an effect on medieval society, especially as most rulers and the ruling class were pre-occupied with war,« he says.

»I am reluctant to express myself in absolutes. But since the Vietnam War, we have become much more aware of post-traumatic stress syndrome, how it comes about and how to treat it.«

»And applying psychology and psychiatry to the medieval material. This is an eye-opener.«

Stay in the know about news and events happening in Copenhagen by signing up for the University Post’s weekly newsletter.