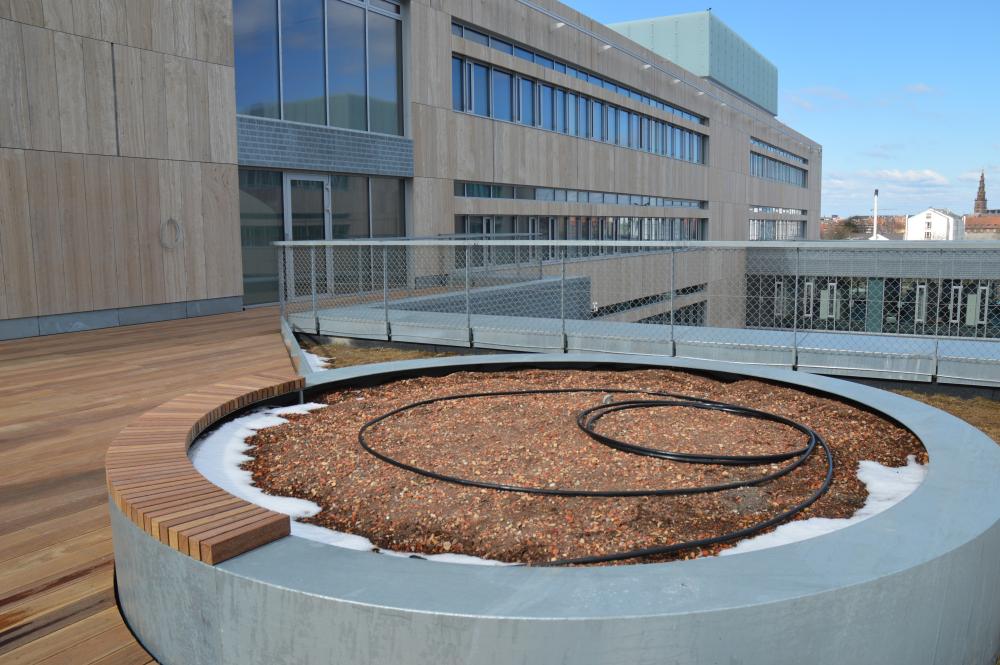 It looks modern and sophisticated on the outside, but the KUA 2 building has been plagued by a mold contamination.
image: Alix Feldman

The design of the modern humanities building, KUA 2, emerged as the first prize of an invited architectural competition and a source of pride. But although the doors were only opened to students last year, the building’s costly construction and inauguration has not been problem free. The latest issue is mold contamination.

Mold, which can have negative health impacts for people who are mold-sensitive, was discovered under the floor of some KUA 2 rooms. The contaminated material has since been removed, but Campus Service have been working to uncover possible mold in the column between two meeting rooms in the centre of the building.

Although the columns haven’t shown any mold yet, the high humidity means it could be expected to grow. The two meeting rooms will be unavailable for use for the next few months while they are continuously screened and flooring is removed so the concrete can dry out.

Traced all the way back to the construction process

The contamination was caused by a heat pipe which was damaged during the construction process, causing 15 cubic metres of water to seep slowly out from under the floor, perfect conditions for mold to grow. An employee has reportedly already experienced discomfort.

It isn’t the first time the one-year old building has been contaminated, with mold detected in both 2011 and 2013.

The issue joins a list of inauguration problems with the building, which included a lack of wifi and laptop sockets, poor ventilation, defective curtains, and toilet doors that won’t open properly.

[Editor’s note: In a previous version of this article, we stated that the mould was in the dividing walls. The original release states that it was in the columns, dividing the meeting rooms. The mould has now been removed. See link in Danish here on KUnet.dk (needs log-in)]