New support group to get refugees into Danish universities 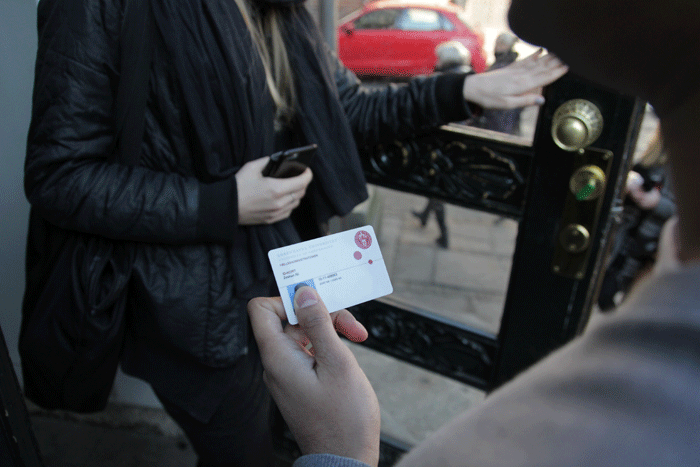 A new grassroots initiative is helping refugees get into university. The new Social Sciences Across Borders (SSAB), a group started by university researchers and students, already has 77 members and it is still recruiting.

Initiatives to help refugees have been flourishing on and off campus ever since the European refugee crisis started to affect Denmark in the summer of 2015. The latest initiative, Social Sciences Across Borders, aims to get native Danish residents and refugees working together within the social science community. It was formed initially by five individuals at the Copenhagen Business School and Roskilde University in September 2015 and membership has been growing steadily since.

“It started out as a conversation over lunch, when the great migration waves were taking place. We thought – how can we contribute to the crisis with our capabilities and our educational perspective? So we decided to start something,” explains Christina Berg Johansen, one of the group’s core initiators and Assistant Professor at CBS’s Department of Organisation.

The goal is to ensure that the Danish university system is accessible to refugees and asylum seekers.

“It is difficult to get started and to get information on how the system actually works, as it’s really spread out and the different institutions in charge only know their little section of it. So when you come to Denmark as a refugee and you want to educate yourself, just to get a grasp of that landscape is really daunting and no one can really help you,” says Christina.

And if the refugees can’t get into Danish institutions, SSAB is hoping to offer alternative educational means. Possible future partnerships include the Berlin-based, Kiron, an online university set up solely for refugees and displaced people. The group also aim to create a beginners-style guide offering practical and legal advice to those refugees and asylum seekers hopeful of entering the Danish higher education system.

“Our initial thought was to create a collaborative initiative that’s not about well meaning Danish scholars wanting to do something for refugees. We wanted to make something that is practical, that is real, that actually creates something here and now. At the moment we’re looking at whether we can do something where we team up with Kiron in Denmark, through CBS or several other universities here,” says Christina Johansen.

Seminars will be held on relevant topics such as ‘Rebuilding one’s life through education’ and ‘Structures of the Danish educational system’. A varied range of participants are expected to attend – from higher education professionals, both natives and refugees, as well as interested students.

CBS has donated an undisclosed start-up grant to SSAB which will finance seminars and meetings, and cover travel expenses for refugee participants travelling to and from the asylum centres. With this new money, individuals should be better enabled to attend SSAB-organised events and participate in the planned discussions. Attendance at the two initial meetings has, so far, been encouraging with 40 people in attendance.

Meeting the people behind the stories

“In the beginning we were careful not to just invite people from the Danish universities, as we worried that we would have two refugees and 28 researchers,” Christina explains.

Participant’s backgrounds have been varied, with a whole range of individuals coming to the maiden event in November last year.

“We have people who were originally from Syria and are now continuing their education in Denmark. We also have a young woman from Nigeria, as well as a woman from China, who has previously been in prison there for seven years. It’s great to meet the people behind these stories.”

Meanwhile, the SSAB has been busy spreading the word and extending their network; reaching out to other refugee groups in Copenhagen such as Trampoline House, the Red Cross and various asylum centres.

The group is still seeking new members, keen to hear from volunteer staff at UCPH institutions who could offer their services as valuable resources. Staff who could advise on the university’s admission process and educational opportunities at UCPH are in particularly high demand.