Nothing is impossible in West Africa 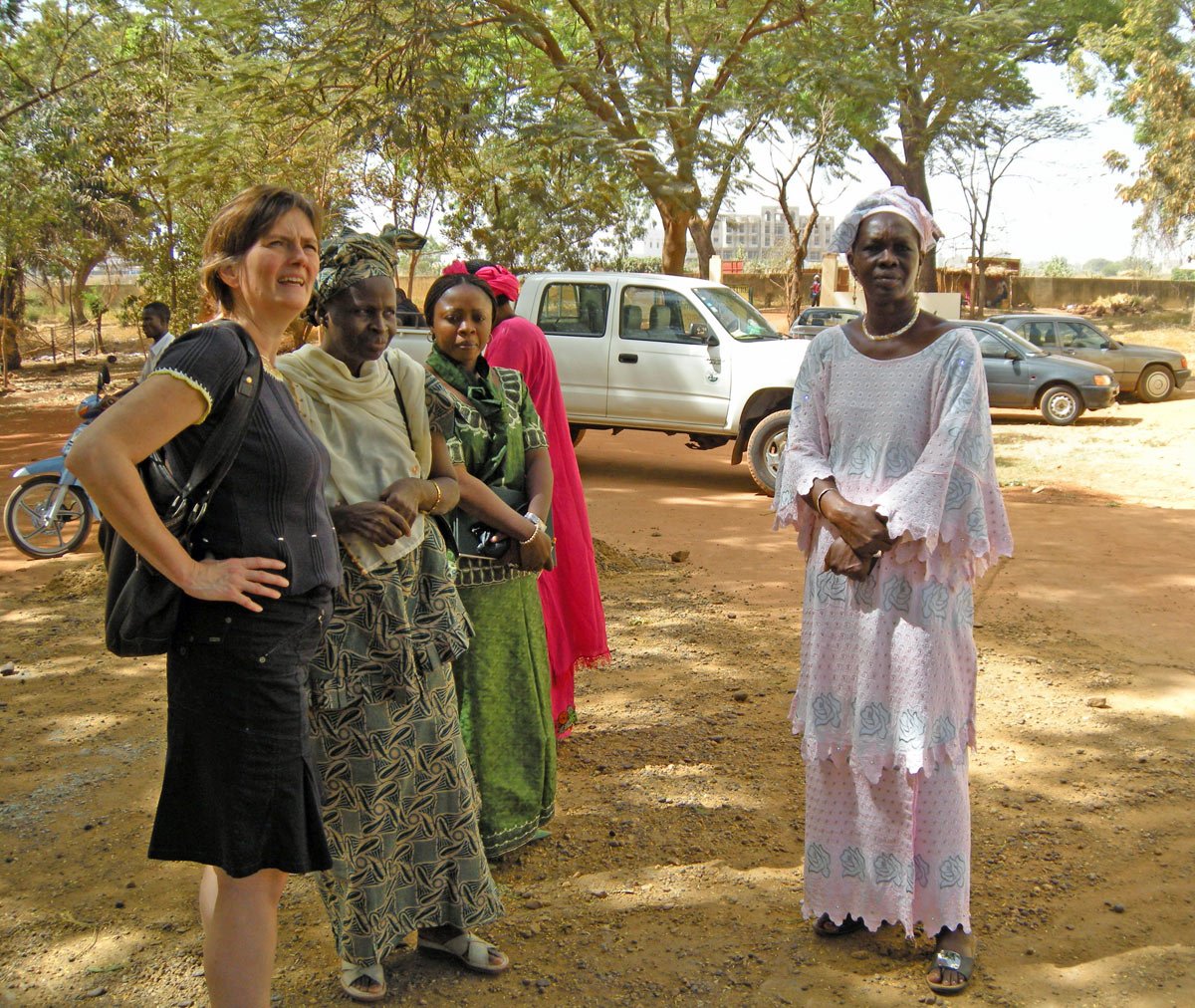 A meeting in Mail. Professor at the Department of Food Science Lene Jespersen (left) has cooperated with locals in West Africa on food microbiology for 25 years.
image: Private photo

Research relay — Through 25 years of cooperation in West Africa, Professor at the Department of Food Science Lene Jespersen has collected valuable knowledge of both food science and other cultures.

Under a burning sun twenty years ago in West Africa professor at the Department of Food Science at UCPH Lene Jespersen was about to do molecular research on yeast chromosome with electrophoresis. There was no electricity in the area so she and her team had found two tractor batteries to create the power needed for the research. Lene Jespersen had written research papers on the very same method at home in Denmark. Nonetheless, when the electrodes broke – at this dusty scene in the middle of nowhere – her research papers could not help her.

Luckily “there was someone, who new someone, who owned a broken refrigerator, far away in some village,” Lene Jespersen explains to me sitting in her office recalling memories.

The team went there to grab some of the elements from the broken refrigerator to create the necessary electrodes so the research could continue.

“I can use the West Africans trust in anything is possible,” professor Lene Jespersen says about her cooperation with locals in West Africa.

This example is just one out of several anecdotes, which she has collected through her 25 year-long cooperation with locals in West Africa on food microbiology. According to Lene Jespersen, the West Africans are “extremely innovative” and “almost everyone has their own business”. This mentality and way of thinking as well as the lack of equipment have pushed her to be more creative and see new possibilities.

”It has been good for me to get rid of some of the western spoiling. You can have a tendency to believe, it is only possible to create progress if you have the newest equipment,” she adds.

Today, Lene Jespersen is leading the project GreenGrowth where she works with fermentation in West Africa where approximately 40 percent of the daily diet is fermented food. Her cooperation with people from a different culture has given Lene Jespersen some new points of view and knowledge on life.

Two worldviews are better than one

Lene Jespersen believes in mixing the best of West African mentality with the Danish structure and flair for project leadership.

”Danish culture is in many ways good, because it is so structured. The Danes are very good at leading projects, sometimes we can learn Africans to follow up on specific project milestones,” Lene Jespersen explains.

Sometimes lack of Danish structure and regulations has been a culture clash for Lene Jespersen – especially in her early work in West Africa. At a West African laboratory, everybody who had leftovers of mercury from their projects would go to a backdoor to throw out the mercury directly on the ground outside, she exemplifies.

You have to be very careful with ideas of ‘the western ways of thinking are the right ways’, if you hold it back you will get more in return

Lene Jespersen, Professor at the Department of Food Science, UCPH

Together with Professor Mogens Jakobsen she upgraded the laboratory to specific standards, with among other things boxes for leftovers of mercury. As a result, the laboratory got accreditation to do certain analyses, which meant local companies could send their food products to the laboratory to get them approved.

”The important part is that our project partners have learned through the project, so they think in new ways because they get our structured way of doing things,” Lene Jespersen elaborates.

Through the years Lene Jespersen has experienced less and less of these cultural differences in the world of science especially due to the global internet access.

“Nowadays the West Africans do not only have educational books from the 50’ies, now they can read the same scientific literature as the rest of us,” Lene Jespersen says. 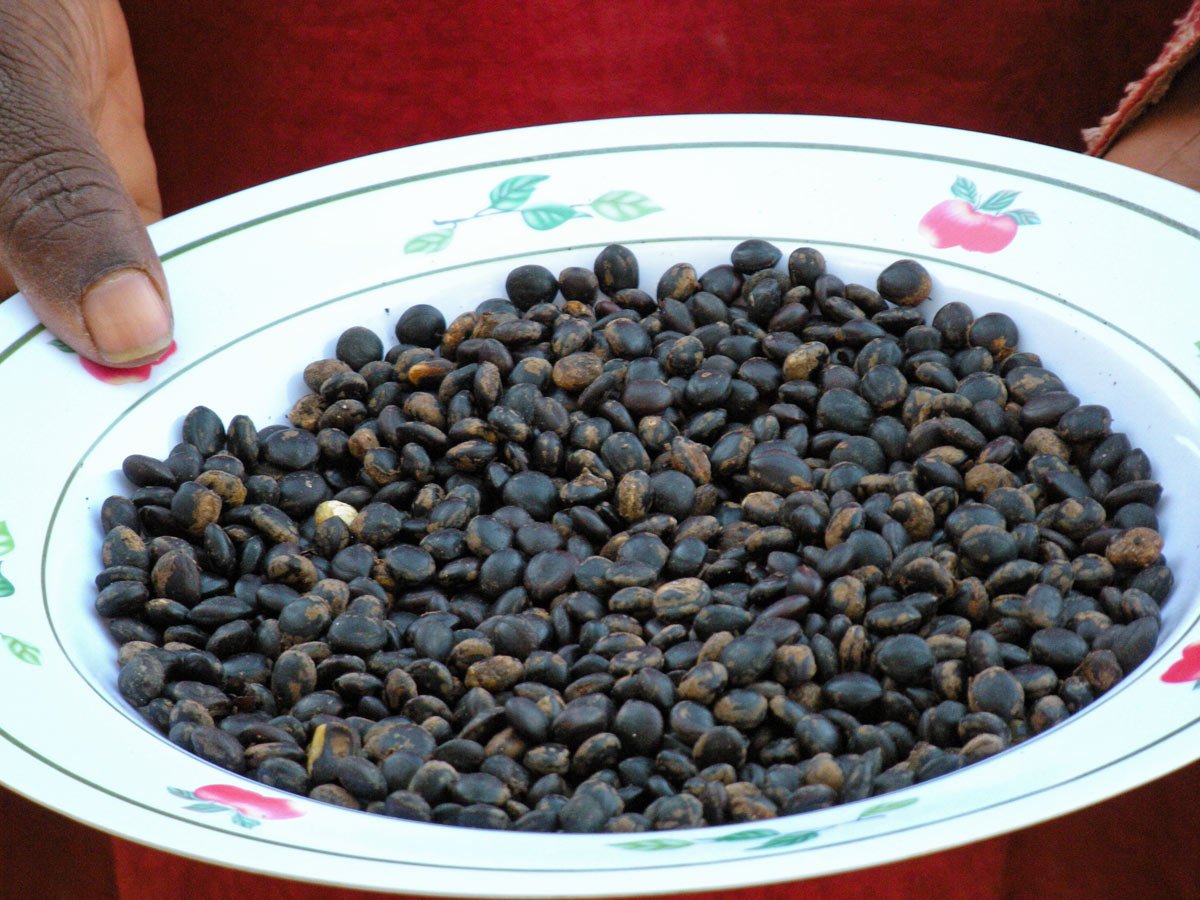 How to cooperate with developing countries

As mentioned, Lene Jespersen has 25 years of experience with how to work with locals in West Africa. She has cooperated with sector research institutes, food manufacturers and producers of microbiological cultures. Her ability to cooperate has even been rewarded with the UCPH-LIFE Industrial Prize, which she received together with other researchers from the Department of Food Science in 2011. During our interview, Lene Jespersen shares some of her secrets to success.

1. Begin at an early stage to investigate who you can and want to work with

A key to success is to do the groundwork for cooperation early on – before you even seek money for the research. This is “incredibly important” Lene Jespersen has learned.

“There is no doubt that our projects have been successful because we have been good at identifying partners to cooperate with. You have to consider whether you can work with this group of people on the personal level and whether you have the same professional interests,” Lene Jespersen elaborates.

The cooperation, which Lene Jespersen has learned the most from, is the cooperation with the sector research institute “Food Research Institute” in Ghana. She has worked with the institute almost all of her research years.

”You know each other very well, trust each other and you see how you are growing together,” Lene Jespersen says about the cooperation.

The trust and understanding of each other has only been able to develop through continuous contact.

“It is immensely important to take time to visit each other and use time together,” Lene Jespersen says and elaborates:

3. Treat each other as equals

Furthermore, it is important to be respectful, try to learn from each other and “treat each other as equals as far as possible” as Lene Jespersen puts it. She continues by explaining the following:

”You have to be very careful with thinking ‘the western ways are the right ways’, if you hold it back you will get more in return, you have to understand, why they do it their way, and why it makes sense in their context.”

This mentality showed it usefulness, when Lene Jespersen worked on creating fermentation processes with seeds. Locals added potash to the seeds – an uncommon method in western food-production, which seemed very odd to western eyes. However, when taking a closer look at the process, Lene Jespersen discovered that the old West African tradition of adding potash enhanced desirable processes in the fermentation and could change the microbiota of the product making it safer.

4. Do not listen to rumors

There have been some rumors that the industry is not willing to get on board with projects in the developing world, but:

“The world has changed and the market has become global. Many companies have a demand for us today because they want to get into new markets of growth such as for example Nigeria,” Lene Jespersen says and continues:

“The industries need new global collaboration partners and are often interesting in taking a global responsibility.”

Furthermore, Lene Jespersen has also heard rumors amongst science researchers, that developing work would not result in as many research papers as other work.

“We have published a lot, maybe also because of our work in more remote areas where we have had the opportunity to be first movers within for example microbial biodiversity,” Lene Jespersen says adding that the rumor, she would say, “can be dispelled”.

Talking with Professor Lene Jespersen, it is unmistakable that she has developed a love for West Africa and the people there. Furthermore, she has taken her knowledge from West Africa with her and uses it in her current work in Brazil. Here there are many of the same plants as in West Africa. She encourages others to try to work in the developing world.

”I think you should spread your seeds both to influence the world but also to get something scientific and cultural in return,” she says and add:

“I think you should just do it.”

Lene Jespersen has chosen to pass the interview-baton to Nanna Roos to hear more about her work with eatable insects.