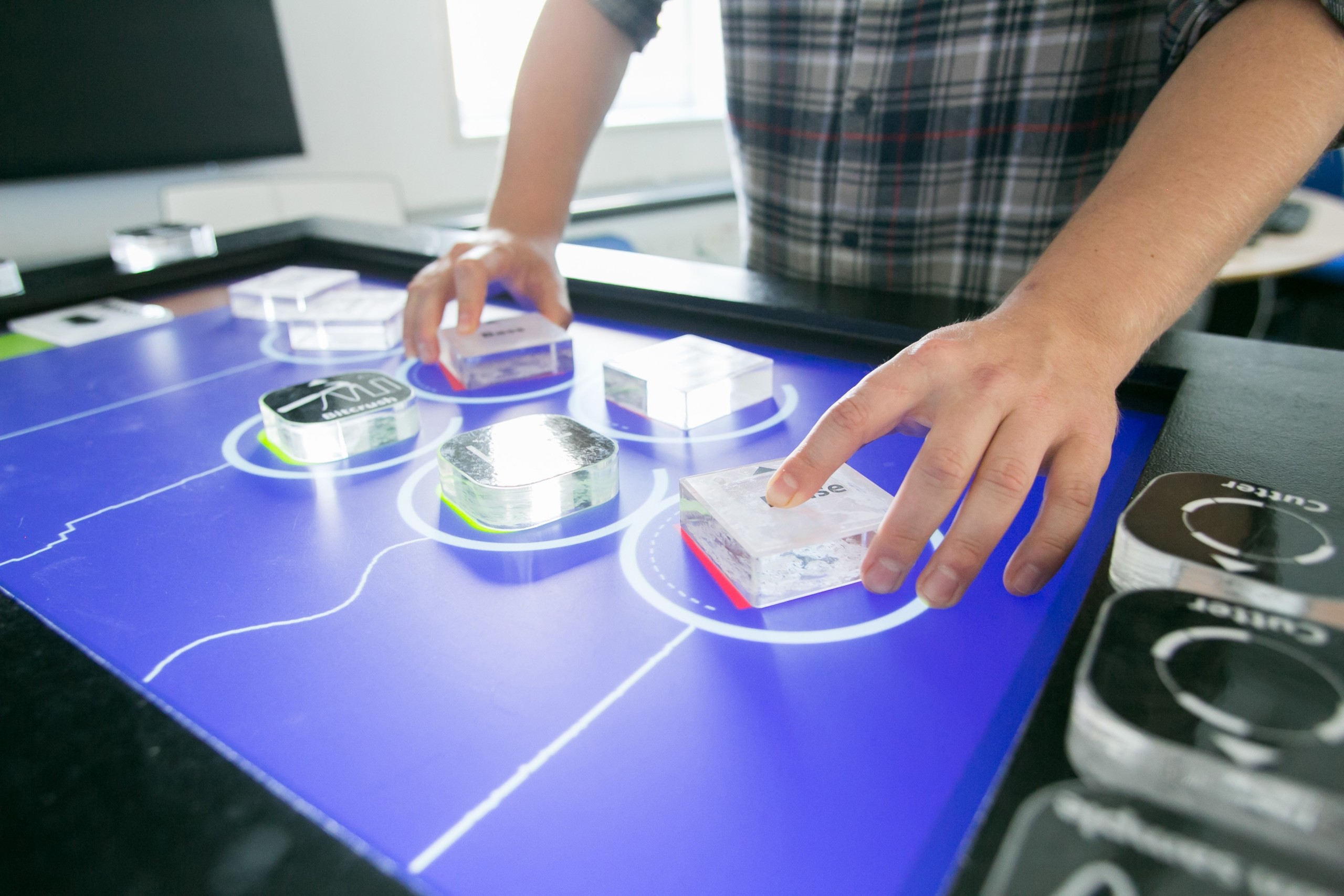 A close-up photo of the so-called MixiTUI - a tangible user interface - mostly used for playing music by operating the bricks. An example of a computer science discipline not very closely associated with mathematics
image: courtesy of DIKU

by: Professors at the Department of Computer Science, DIKU (see below for full list of signatories)

As faculty at the Department of Computer Science (DIKU), we strongly advise against the proposed merger between DIKU and the Mathematics department (MATH). There are no well-founded academic reasons for merging these two departments.

We are concerned that the proposed merger between DIKU and MATH will have negative effects on the academic dynamics and impeed the positive development which both departments have experienced –developments that have placed both departments in the forefront within several research areas.

Moreover, closing Computer Science as an independent department at UCPH will have a negative signal effect, nationally and internationally, that not only will impinge upon our academic reputation but also on our ability to recruit and retain top academic staff and students.

Less than three years ago, a similar proposal to merge Mathematics and Computer Science was rejected by the University’s Board of Directors at Rector ‘s recommendation. This decision had been based on a detailed administrative and academic review. The reason why Rector chose not to recommend a merger at that time was “that cultural exchange and exploitation of academic synergy potential will be easier to obtain in this manner [by a collaboration between two independent departments] rather than by merging departments in a situation where (Mathematics and Computer Science) have ‘en bloc’ made academic demarche”.

The situation is the same today.