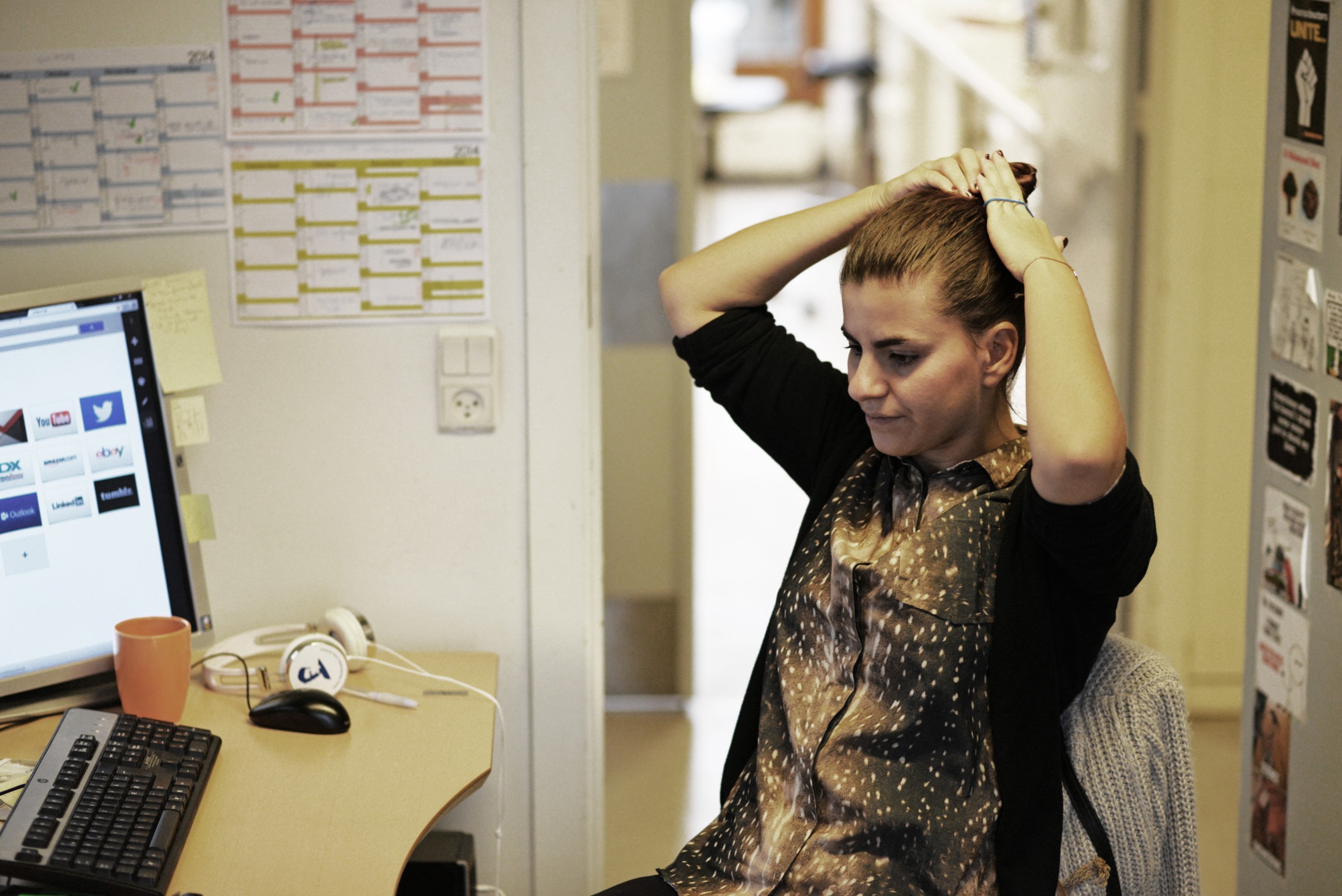 PhD students at the University of Copenhagen are having a hard time getting the work/life balance right (staged photo)
image: (staged) Lena Rutkowski

Three out of four PhD students of all faculties, Danish and international, at the University of Copenhagen report stress in a University Post survey

The 2014 University Post PhD survey, which was carried out in August 2014, maps out University of Copenhagen PhD students’ work and work/life balance. It is an extended version of a 2011 survey with a smaller sample.

The 2014 survey shows results that are not substantially different from the University Post’s 2011 survey among PhDs in Copenhagen showing that life as a PhD student is stressful. As one of the respondents puts it in the new 2014 survey’s comment field: “Balancing life with a dissertation, a busy partner, and a two-year old is regrettably a nightmare”.

Didn’t know what to do

Yihua Wang, from China, is modelling crops for her PhD at the Faculty of Science, and responded ‘very high’ on the University Post questionnaire.

She adds that the situation has been resolved, and her stress levels are now much lower.

It is the third year of a PhD research project that is really stressful, according to our numbers. 80 per cent of those who were on their third and final year, if following the normal schedule, of their PhD project reported either moderate, high or very high levels of stress. Some of our respondents were on an extension of the normal three year period. For them, an extreme 87 per cent reported stress.

One international PhD student voiced disappointment with his PhD experience as a result of the workload: “This PhD system is not suited to the needs of the student. It is too short, the demands are too high for the amount of time given, and frankly as a foreigner the university has done nothing to prepare me for a life in Danish society,” he writes.

Nearly half of PhD students spend more than 21 hours a week working on their PhD project alone. According to our survey, this group is also more stressed than average, with 81 per cent reporting moderate, high or very high stress.

In terms of stress, it is best to be either single, or married/living together with a partner. Anything in between is associated with stress. For respondents who were ‘in a relationship, not living together’, a whopping 87 per cent reported stress.

Louise Hindborg Mortensen, a Dane, was one of the PhD students who responded with ‘high’ to stress levels on the PhD survey.

Turn off, tune off

“It was after a long period of having to do stuff, getting married, organizing a big party, and having no holiday. Coming back, I had an idea about what I had to do, but then suddenly the plans got changed and I had to do sampling instead. It was the sampling that increased my stress level,” she says, adding that it was more the change of plans that did it, not the actual task.

Louise has advice to other PhD students as a result of her own experience.

“My advice to other PhDs is to turn your brain off when you are off. Do what you have to do, maybe work later, but then turn off your computer… and leave”.

See an overview of all the responses on the pdf file below this article.

(More results from the University Post PhD survey will be forthcoming)