Policy on the way for English vs. Danish e-mails and meetings 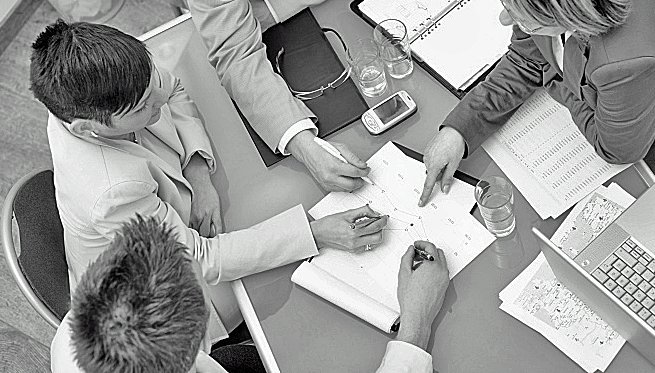 All staff and scientists should be able to take part in meetings according to a new policy guideline
image: photos.com

Non-Danes should be more involved in their place of work, say staff and scientists. This could be helped by a policy document at the University of Copenhagen that is to regulate the use of English in administration

The choice of language at meetings, and for e-mails and websites, should not hinder international or Danish staff in their work. Nor should language prevent Danish and international staff from integrating at the University of Copenhagen.

This is according to a report that is now making the rounds through a Faculty hearing process, and which is expected to be released in 2014. It will be likely followed by a new, and more detailed parallel-language policy by the University of Copenhagen.

A workplace environment study in 2012 showed that non-Danish staff were getting e-mails in Danish, and that Danish-language meetings were keeping them from attending.

A working group was subsequently set in motion to work out clear guidelines for the use of English or Danish in the University. While the actual report from this group has not yet been released by the University of Copenhagen, the minutes have been released from a staff co-operation body, Hovedsamarbejdsudvalget HSU to the University Post where the report is discussed. The minutes highlight some of the language issues that will be debated in the coming months.

Judging from the HSU meeting, the translation of texts – and the costs of translating texts like official documents, websites and e-mails – will be one of the sticky points.

While staff representative at the HSU, Ingrid Kryhlmand, welcomed clearer policy guidelines, she said that there is a need for clear directives on ”when, and how documents should be translated. Maybe the University of Copenhagen needs a common translation bureau.”

One of the recommendations in the report is a new English-language service unit to share knowledge and best practices.It is unclear from the minutes whether this is to be considered an actual translation bureau.

Rector: Ministry’s regulations should also be in English

Rector, Ralf Hemmingsen, said that it was important that we avoid double translations, and that it is ”not realistic to translate everything. UCPH must act following a rationality principle,” he said.

He added that the management team will put pressure on government ministries to ensure that important laws and directives are translated.

”If this is not possible, we could use the [university interest organisation] Danske Universiteter to ensure that national documents are translated,” he said at the meeting.

”We want more English-language colleagues to be more involved in their place of work,” said Leif Søndergaard, a scientific staff representative.

Some specific groups of internationals were mentioned at the meeting. Leif Søndergaard pointed out that UCPH has a large group of Chinese staff whose English is not at a good level, and that ”need more help”.

”There is also an issue in that we, as [scientific and research, ed. ] staff, may be fully competent in our own profession’s English, but when it comes to personnel policy guidelines and directives, then it can be hard to find the precise wording.” said Søndergaard.

The individual faculties at the University of Copenhagen are now discussing the content of the report, and depending on their feedback, UCPH management will subsequently set up a new policy.