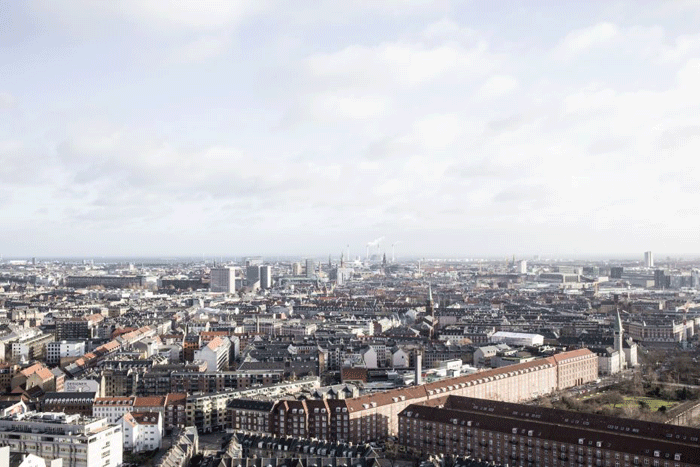 Vesterbro, one of Copenhagen's 10 districts, as seen from above. As a desperate student, you might need to lease a hot air balloon and live in that instead of one of these wonderful buildings.
image: Martin Heiberg, Copenhagen Media Center

Student accommodation site Housing Anywhere's property list has doubled within the year. It may be able to alleviate pressure on exchange students struggling to find a place to live in Copenhagen

The Copenhagen housing market has a bad rep among Danish and international students. And with good reason – lack of affordable accommodation has meant that students have resorted to living in tents, cars and even tauntauns.

Since it opened in Copenhagen in 2011, the platform has expanded with help from student ambassadors on exchange in the city. According to Joana, a UCPH exchange student from Portugal, hired to represent Housing Anywhere, “the site currently employs two ambassadors – one at the University of Copenhagen and one at Copenhagen Business School,”

Started by a group of students at the University of Rotterdam in the Netherlands and inspired by their experiences while on exchange, the site attempts to bridge the gap between students and housing, particularly in major cities where prices are often disproportionately bloated. The site currently boasts an impressive 121 available properties in Copenhagen alone with most places costing between DKK 3000 and DKK 6000 per month.

“Housing Anywhere was built mainly for exchange students,” says Joana, exchange student at UCPH and one of two student reps employed by the site. “The majority of the properties listed on the site are student-owned, so prices are reasonable and scams are uncommon,” she says, adding that this is bolstered by the verification system set in place. After landlords/students add their property to the site, the site completes a verification process and check that everything is in order before it goes public.

While some of the properties are listed directly to the site, many are recruited through external sources. A quick look through the available properties in Copenhagen divulges a consistent use of a partner site like findroommate.dk. While this may seem to compromise the verification guarantees of the site, Joana insists that they complete equally rigorous selection processes.

To combat scamming, the site utilises a secure booking service through which the first month of rent is in the care of the platform itself. According to the site, once the tenant “arrives in the new room, [s/he] has 48 hours to check the room and report any problems. If everything is OK, Housing Anywhere transfers the money to the advertiser’s bank account”.

Judicially, the platform has little control over the interaction between landlord and tenant, but the process is somewhat regulated by the site: The lack of judicial influence is compensated for by including a full list of sub-letting laws and sample contracts on their site, giving tenants access to the most relevant information.

Housing Anywhere says that it “should be seen as an additional housing service that universities can offer to their incoming exchange students, besides the current facilities.” UCPH, CBS and DTU have already partnered with the platform. While it may not be able to completely solve the student housing crisis in Copenhagen, it’s worth giving it a go for anyone looking for a place to stay in the city.

Check out the site and the platform’s Instagram and Snapchat accounts for updates.