Rejsekort: How to use the puzzling Danish travel card 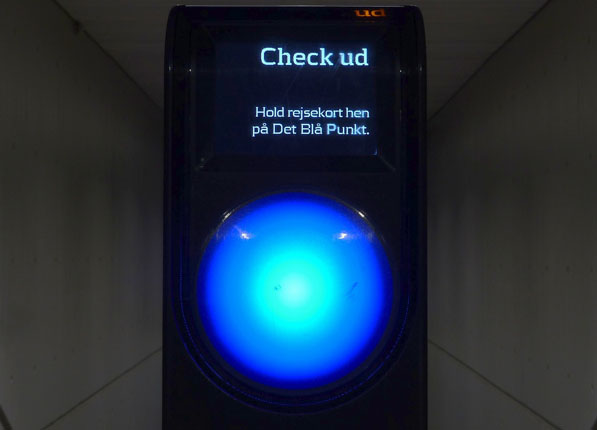 Travelling - Figuring out the Danish Rejsekort can be a confusing affair. Don't worry - the University Post has got your back.

Confusion — Here is our guide to getting the most out of the controversial Danish travel card. This includes ways to avoid using it in the first place!

Are you a part of the frustrated multitude, or are you a secret fan? The roll-out of the Danish electronic travel card, or Rejsekort, was not a success. On the international review platform for ecommerce Trustpilot the Rejsekort system is given a disastrous 1.3 out of five stars by consumers. But can you get it to work for you?

Introduced in 2012, it was intended to smoothen the transportation of commuters, but complaints about the rejsekort shot up to 500 complaints per day in 2015, before levelling off as people got used to it.

If you are not Danish the Rejsekort is particularly daunting, because the standard process uses the Danish CPR number

It was unpopular. And complicated. The Rejsekort company took home DKK 40 million in fines from the consumers for forgotten check-outs when it originally rolled out.

Regardless of whether these complaints are from curmudgeonly travelers that despise change or because of misinformation from the company and too many ‘out of order’ machines, this guide will make you an expert in the Danish public transportation system.

If you are between the ages of 16 and 19 or a recipient of SU (student support), the University Post recommends buying a youth card (in Danish ungdomskort). This makes your journeys outside of the area of larger Copenhagen cheaper.

A youth card costs DKK 652,80 for 30 days of travel. You can travel anywhere in the area that you live in, which means in about nine different zones. You can also get a youth card that will last for 120 days (four months = one semester!). It might seem expensive but it is way more expensive to travel with the Rejsekort, if you travel a lot in your every day study life. Read more about the youth card here (in Danish).

If you are not Danish the Rejsekort is particularly daunting, because the standard process uses the Danish CPR number.

While the main application for Rejsekort Personal or Rejsekort Flex requires a CPR-number, a second application allows new arrivals to order one with alternative documentation, such as a passport.

While the Rejsekort Personal is free, the Rejsekort Flex has an administrative fee of DKK 50. They can be ordered online or in store, have a minimum initial top up of DKK 100, and require a valid address in Denmark.

Alternatively, Rejsekort Anonymous can be ordered by anyone for the cost of DKK 80.

Check out ONLY at the end of your journey

One of the most confusing aspects of the Rejsekort has been whether to check in or out when transferring. We have not seen any numbers on how much money the rejsekort company has taken in as a result of this confusion.

So as a general rule: Remember to ‘check in’ at each transfer but do not ‘check out’ until the absolute end of your trip.

If you check out and then check in again in the same travel zone within 30 minutes, rejsekort converts the two separate journeys into one

Like everything in Rejsekort, however it is extremely complicated. For example there is the 30 minute rule. This means that if you are, for example, picking up a friend from the airport or running another errand that allows you to transfer in less than thirty minutes, you actually can check out.

One of our astute readers, Chiara, made us aware of the relevant passage in the rejsekort rules.

»If you check out and then check in again in the same travel zone within 30 minutes, rejsekort converts the two separate journeys into one. This means that you avoid paying the minimum two-zone fare applicable for each separate journey,« she says.

Be careful how you play it here. Failure to check-in would entitle you to the ultimate ‘stupidity fine’, a kontrolafgift of DKK 750. If the worst comes to the worst, play stupid and pretend you don’t understand the rules.

Or just … don’t check out at all

An anonymous source hinted to the University Post that you could make your journey across the country that would cost a fraction of what it normally would.

»You can take the train to, for instance, Aarhus and just forget to check out, so that you are only charged the ‘stupidity fine’ of DKK 50 (today it is only DKK 25, red.),« said the anonymous source.

You can take the train to Aarhus and just forget to check out, so that you are only charged the ‘stupidity fine’

The stupidity fines (or dummebøder) exist so that travelers who forget to check out don’t get a free ride, but the fine instead, regardless of where they got on and off. Due to excessive complaining, the fine was actually halved from 50 to 25 kroner as of 20 January 2015, which would make the above trick even better.

If you have guests visiting or refuse in principle to buy a Rejsekort, there are still a couple of other options.

Individual tickets can still be purchased on buses (cash only), in metro and train stations or on your phone using a DSB app or via a text message, but they tend to be more expensive than if purchased with a rejsekort.

Tourists can purchase a CityPass, or a Copenhagen Card with access to over 60 sights and unlimited public transportation for up to 120 hours.

Alternatively, you can purchase a FlexCard for 7 days or 30 days. The greatest benefit of this card is that it is not a personal card and can in fact be shared between multiple people (although not on the same trip, obviously).

Benefits of Rejsekort. Yes, there are some!

Despite the complaints, the confusion, and the stupidity fines, there are, apparently, Rejsekort fans out there. They point out that it’s flexible, convenient, great for groups as you can check in multiple people, gives you off-peak discounts, environmentally friendly, allows you to see your journey history. Some users think it is a step in the right direction.

Although it isn’t perfect yet, I definitely think that the rejsekort is the future

In an interview with University Post, University of Copenhagen graduate student Ralph Møller Trane is willing to go on the record with his view of the Rejsekort. He claims to have no affiliation with the Rejsekort company.

»There will always be people who don’t like change and therefore complain about the new system (the Rejsekort was new in 2015, where the article was originally published, red.), and although it isn’t perfect yet, I definitely think that the rejsekort is the future. It gives you the benefit of not worrying about how many clips you have left on your klippekort or how many zones you need for your journey,« Ralph Møller Trane says.

So off you go then. Have a good trip!

Get a weekly newsletter 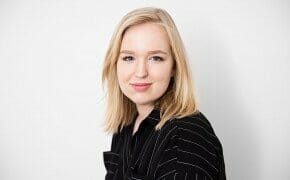 10 things I should have known before I started university 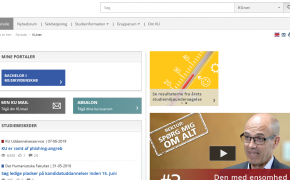 How to not be defeated by University of Copenhagen's intranet, KU-net 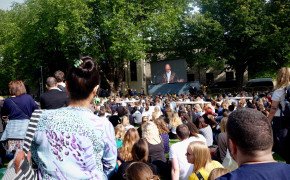 50 things to do before you leave Copenhagen 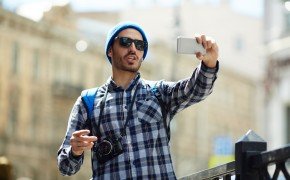 7 places to see outside Copenhagen