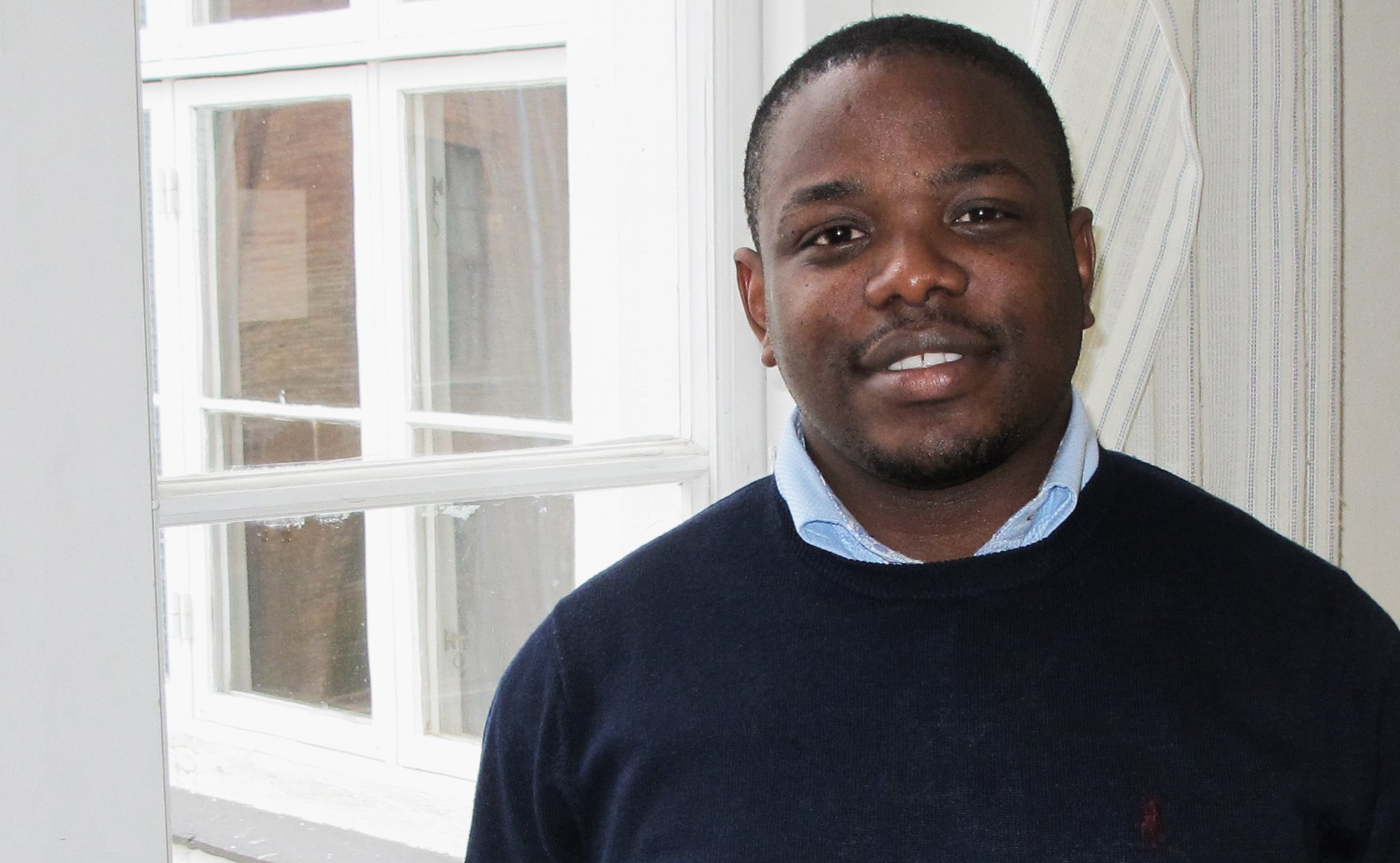 There might not be many Masters’ students like Jeffrey Amare, and the expression ‘there is more than meet’s the eye’ is certainly relevant here. With a degree in divinity, he's also a Protestant priest, author and founder of two churches - enough to suggest this is a man on a mission

»Studying African Studies outside of Africa, when you are Ghanese, African, is not as remarkable as it may seem« he explains.

Studying in Denmark means getting a better understanding of Africa through the eyes of the rest of the world. Jeffrey re-located to Copenhagen four years ago and explains that his choice for Denmark was mainly practical: his family just moved here. Thereby, the large amount of private schools in Ghana made studying in Denmark attractive from a financial perspective.

What awaited Jeffrey Amare upon arrival in Denmark was not something that can be prepared for. Everything in Copenhagen was different from what he was used to in Ghana. He singles out Danish food and weather as the biggest differences, which is hardly surprising considering the geographic differences.

»What shocked me at University was students calling the teacher by name. Also, students raised their left, instead of right, hands in class. In my country, this is very disrespectful«.

He also complains that the hardest thing to get used to were the »unhappy people« ignoring each other in the streets, stores and in everyday social situations. Coming from Ghana, where he explains, you can engage in conversations with strangers on every street corner.

Today he appears to be more at ease with the Danish mentality and obvious cultural differences.

Ever since Jeffrey was 14 years old, he claims that he always wanted to become a priest, using his profession to help as many people as he can and contribute to the development of his home in Ghana.

Being a priest in Ghana means being respected, as the church is leading the developing of Africa. The majority of the schools and hospitals in Ghana are funded under supervision of a priest, whilst projects are supported with money from the church and from private donations.

»The church would not misuse your money as the government would,« he says.

Jeffrey started a protestant so called ‘charismatic’ church in Denmark. This is apparently a cheerful and celebratory approach to religion, but does that suit the Danish ‘unhappy’ people? According to Jeffrey it does,

»Newcomers might be introverted at the start, but joy and happiness are contagious indeed«.

The future is full of big plans. Jeffrey wants to move back to Ghana after finishing his study. He wants to open churches and help the development in his country.

His ambitions in opening churches in Ghana will mean fulfilling his dream of setting-up a project for widows. According to him, there is not enough attention for Ghanese women who are completely on their own when they lose their partners. Furthermore, Jeffrey wants to open an orphanage and a hospital, his dreams are big but honourable.
Jeffrey’s answer when being asked how he will accomplish all of this is calmly stated,

»By sacrificing and dedicating. Sometimes this means sleeping only three hours at night, or not showing up for social activities and parties«.