Research: Gay-friendly Denmark, not tolerant to others 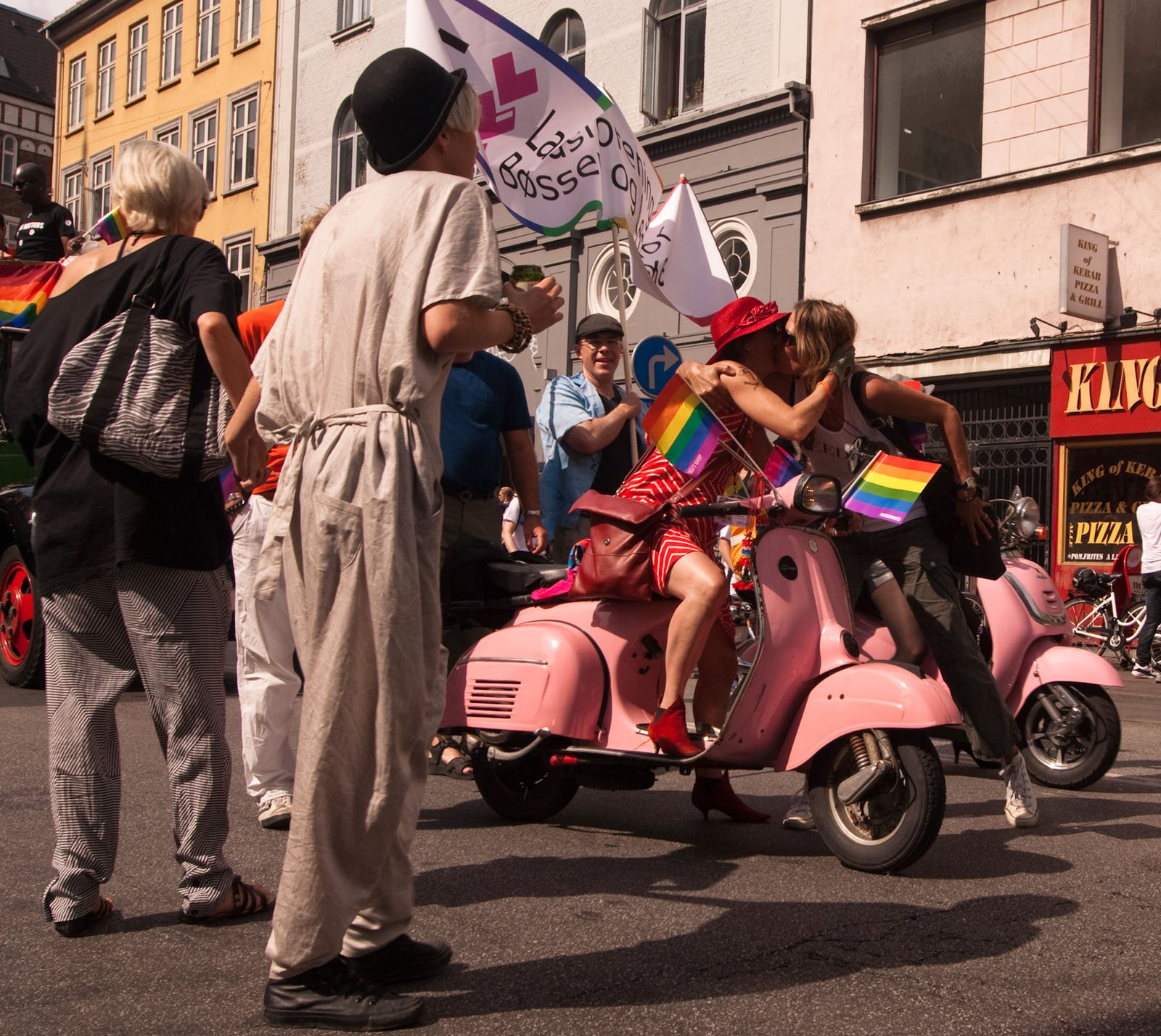 From the Pride Parade, during World Outgames 2009 in Denmark
image: Wikimedia Commons

Homosexuality has become a symbol of modern, liberal Danish values. But this comes at the expense of other minority groups

The acceptance of homosexuality in Danish politics and culture comes at the price of other minority groups, like recent immigrants. This is according to new research by Michael Nebeling Petersen, a PhD at the Department of Scandinavian Studies and Linguistics at the University of Copenhagen.

His research centered on three studies, an analysis of parliamentary proceedings from 1980’s – 2000’s, an analysis of media portrayal of homosexuality, and a portrayal of homosexual parental roles in cinema. While the inclusion of the homosexuality in the identification of Danish values is seen as progress, this progress comes at a price – the justification of the marginalization of minority cultures who do not uphold these values:

”The other side of the coin is that the centralization of gay rights agenda becomes as a way to draw attention away from the marginalization of other minority groups,” he says to the University Post.

One step forward, two steps back

Gay rights have become central to the Danish image – proof of a modern democracy and a liberal mindset. In his study, he analysed coverage of a large event in Denmark, the World Out Games, an olympics-style sporting event and human rights conference which received significant political, social, and economic support within Denmark. Events such as these brought the issue of homosexuality and gay rights to the foreground of Danish politics and society, centralizing the focus on this subset of ‘minority rights’.

Nebeling Petersen notes that minority issues aren’t explicitly linked, but ”often when one group gains rights, it becomes interlinked with the marginalization of another group.” notes Michael, ”Progress often occurs [with] one step forward, two steps back.”

Immigrants have become more marginalised: ”In the late 90’s we see an increase in political critique about immigration…the issue of immigrant groups kept appearing when analyzing attitudes toward homosexuality.”

Søren Pind, former Minister for Refugees, Immigrants and Integration, has cited the notion of homosexuality as a specifically ‘Danish’ value, Nebeling Petersen notes. He has used this to argue against minority immigrant groups in Denmark whose culture does not support freedom of speech or homosexuality in the same manner.

In this way, Nebeling Petersen’s research shows, the incorporation of ‘tolerant’ Danish values into Danish culture can be used to justify the exclusion or marginalization of other values; namely, attitudes toward immigration and minority cultures in Denmark.

“My research shows a fundamental change in the public conception of homosexuality in Denmark; homosexuals were associated with degeneration, suicide, AIDS, and disease but are now associated with life, reproduction, national recognition, marriage, and kinship,” he says to ku.dk.