Sahara desert was surface of 'Mars' for astronauts 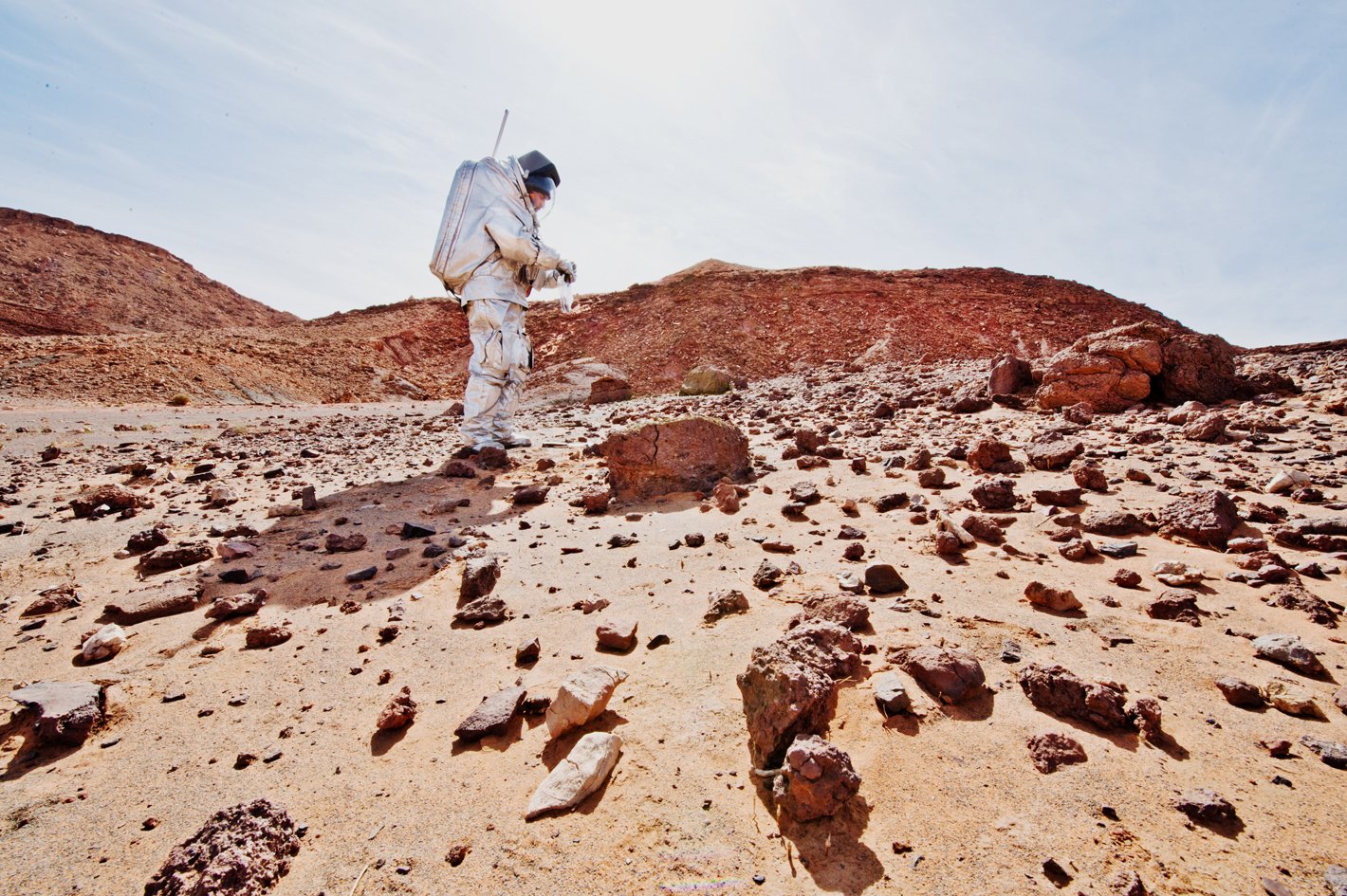 I am one of the few lucky people who’ve had the chance to go to ‘Mars’.

Last February, more than one hundred volunteers teamed up and recreated Mars on Earth. The simulation — biggest of its kind planned this year — transformed a patch of desert in Morocco in the northern Sahara desert into Martian terrain. The integrated Mars-analog field simulation, or MARS2013, was conducted by Austrian Space Forum (Österreichisches Weltraum Forum, OeWF), in cooperation with international partners from 23 countries, to provide a training and testing site for future missions to Mars.

Mars analog research is a relatively new scientific field, strongly interconnected with engineering applications. The concept is somewhat easy. Locations on Earth are chosen so that they resemble Martian conditions as closely as possible, and researchers travel to these sites to test equipment, infrastructure and procedures like they were on Mars.

This concept may sound a little off. First of all, where can scientists find similar conditions to Mars? Well, of course some features like Martian atmospheric density and composition are not to be found anywhere on the surface of the Earth. Nevertheless, on our planet there is more than one place where (some) conditions resemble the red planet. Rocky deserts for example. As of August 2012, the Curiosity rover (NASA) is sending spectacular pictures from Mars, where many Earth-like desert-terrains are recognizable. Other examples include Arctic areas covered with permafrost and spots where bacterial life might survive harsh conditions, such as cave systems.

The reason motivating such costly projects is that they are the only reliable way to identify possible pits in the processes involved and to assure future missions to Mars the best chances of success.

The level of complexity of these simulations, preparing the way for a real expedition, rises very steeply. In fact, imagine you were interested in evaluating quantitatively how much a space suit would be contaminated when collecting alien rock or sand samples. This problem is very important because possible alien bacteria might accidentally be transported inside the habitat and do harm to the crew. For this purpose, a tester could collect some samples and then analysis of his/her clothes and hands would reveal the amount of contamination. However, beside the natural question of which technique to use to measure such contamination, it is important to think that a person behaves differently in a space suit. Moving is more exhausting and stressful than in normal conditions and such a test without a proper suit would not give valuable information. A realistic space suit, specifically designed for Mars exploration, must be used.

This poses several challenges, from the engineering to the medical point of view. The more the suit resembles its final version, the more electronics, sensors, controls must be crammed in, and the more risks are involved while operating it. In fact, such a suit is a small space aircraft of its own. Suddenly, a doctor must be present at any time the suit is in use and monitor, e.g., O2 and CO2 parameters. Additionally, more than one suit could be operational at the same time and rovers or other type of equipment could be involved in the simulation.

All of that does not even scratch the surface. In fact, Mars analog research involves every aspect of a real mission, not only how to perform a specific experiment. One of the most complicated sides of such a mission is the planning phase, i.e. the creation of the so called “flight plan”, a schedule of activities for everyone involved (not only the field crew) and covering its entire duration. Additionally, the flight-plan team is responsible for daily re-scheduling of not-performed activities, meaning its job continues throughout the mission.

This process is further complicated by a delay in communication between the support center on Earth and the crew on Mars, which does not allow real-time voice transmission but lagged (up to 20 minutes) text messages only.

Challenges to mind and body

For the MARS2013 simulation, a small crew of 10 was deployed “on Mars” and supported by the Mission Support Center, located in Innsbruck (Austria), through a 10-minutes delayed text-based communication. The support worked as the brain of the mission, (re)scheduling activities, analyzing/interpreting scientific and medical data (consistently streamed with delay), organizing media activities, etc. The crew on site had the task of following the flight plan, which overall featured two analog space suits and 17 different experiments including three rovers and bio/geo-science activities.

My role in MARS2013 was to operate the Aouda.X space simulator and perform given experiments. That is, I was one of three “analog astronauts”. Aouda.X is being developed by the OeWF so to have characteristics of a real space suit designed for Mars exploration. It is a 45-kg heavy, Hard-Upper-Torso suit with ambient air ventilation capable of up to 6 hours runtime, equipped with a modifiable exoskeleton able to simulate different pressure regimes on all human joints. This way, it is possible to induce realistic exhaustion on the analog astronauts without the need of a technically challenging as well as dangerous pressurized environment (such exhaustion on Mars would come from the pressure difference between the inside and outside of the suit).

As an insider (I mean, literally…), I can testify that such a suit (and such an adventure) is a challenge for your body as well as your brain, but a highly rewarding one. Looking at the astounding “Martian surface” while exploring an unknown valley and collecting geological samples as the extended arm of tens of people back “home”, who are following your every single step checking the (delayed) telemetry data… It is truly a unique experience.

Now that MARS2013 is over, we are in the exciting phase of processing the acquired data. More information on Mars analog research and the simulation, are available on the OeWF website.