University of Copenhagen to abolish paid day off on May Day 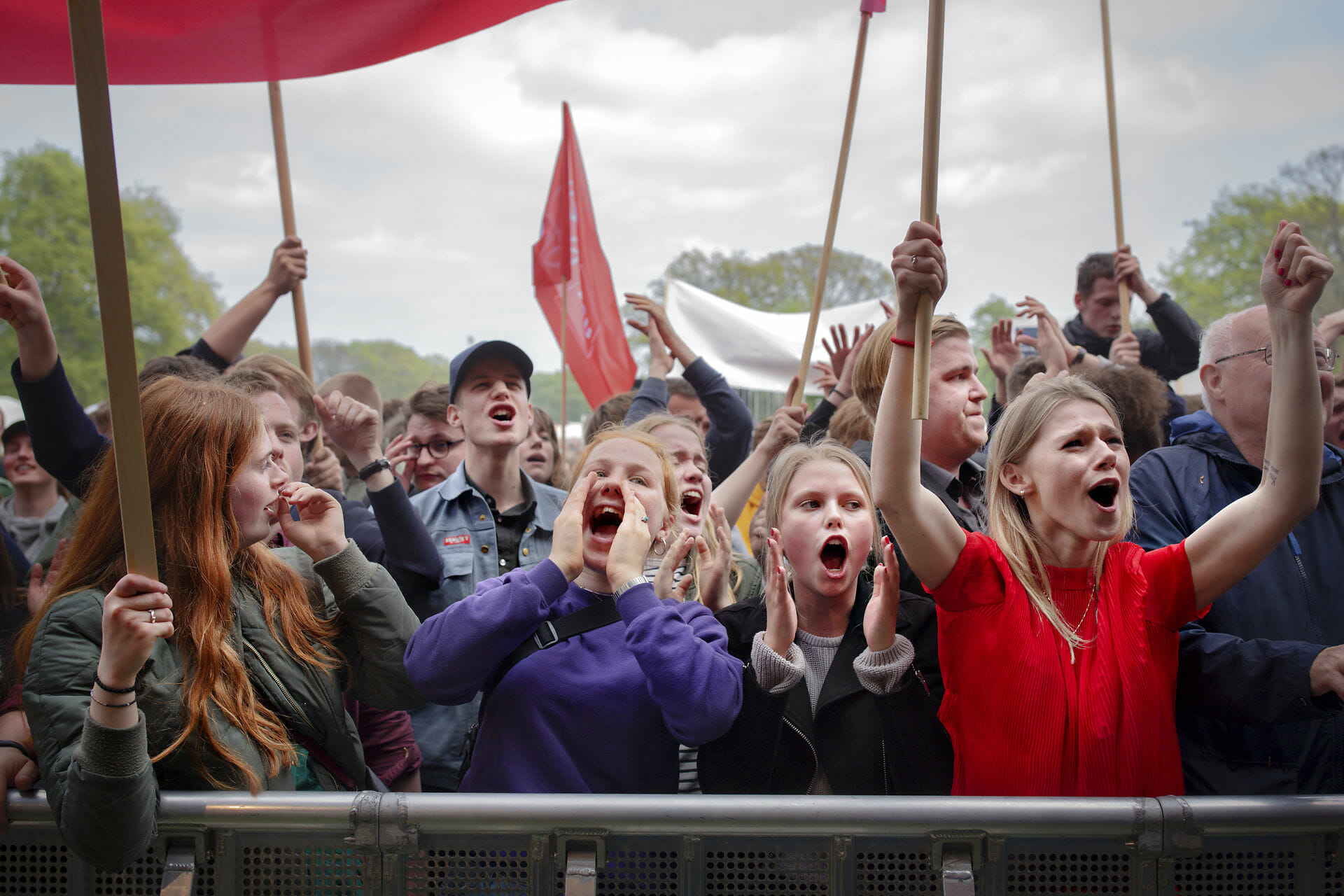 Day off endangered — Staff representatives at the University of Copenhagen are worried that management is planning to abolish employees' rights to take the day off on 1 May. »This is a punch in the face to the staff that are really dedicated,« say critics.

The University of Copenhagen has for a long time been a standard bearer for 1 May celebrations, where staff are entitled to a day off with pay. But if employees want to go to the traditional labour day celebrations in the Fælledparken it might get expensive from now on.

According to University Post sources, rector Henrik C. Wegener has given voice to the idea of abolishing the right to a paid day off on 1 May. The number of fixed days off that employees thereby are entitled to will be reduced from four to apart from the regular Danish bank holidays.

According to two staff representatives, the move will be resisted.

»I think it is a disgrace, and this is a really bad move by management,« says Joan Lykkeaa, who is a joint staff representative for the HK Danish Laboratory Technicians’ group.

»This is a punch in the face to the staff that are really dedicated. It is small-minded,« adds Ingrid Kryhlmand, staff representative for office employees.

The meeting where Henrik C. Wegener, according to the staff representatives, revealed management’s idea of abolishing the day off, was held on Tuesday 3 September. It was a preparatory meeting before a larger meeting of the University of Copenhagen’s staff-management group, the general collaboration committee (HSU), which is planned for 17 September.

At the preparatory meeting, the agenda was agreed, and one of the points to be discussed is the right to a paid day off on 1 May.

They risk people being demotivated. You do not want to make an extra effort.

But this does not mean that the day off is already lost to employees. Only after the meeting of the general collaboration committee HSU, where Joan Lykkeaa and Ingrid Kryhlmand are both members, (Kryhlmand is vice-chairman), will management decide on whether the day is to get the cut.

Management confirms in an email to the University Post that 1 May be discussed at the upcoming HSU meeting, but writes that it will not comment on the matter before 17 September.

Only limited freedom at other universities

If University of Copenhagen management ends up abolishing a paid 1 May, they will not be the only ones. Far from it.

Neither the Technical University of Denmark (DTU), the IT University of Copenhagen, nor Aarhus University grant their employees the right to a paid day off on the international labour day. Neither does Aalborg University, but the north Jutland institution allows employees to take the day off after lunch under certain conditions:

»The afternoon off can be granted on request for academic events after 12.00, if your job requires it. It is a prerequisite that the different departments can function satisfactorily throughout the day,« it states in the university’s staff handbook.

More or less the same applies to Copenhagen Business School, where employees can get the afternoon off from 12:00, with pay, if »the employee requests it from their manager, and the manager reckons that daily operations permit,« as it states in the staff handbook.

The Danish Agency for Modernisation, which negotiates collective agreements for state institutions, will not interfere whether individual universities’ managements grant employees a day off on 1 May.

»Our position in the Agency for Modernisation is that it is up to the individual institution whether staff should get the day off with pay on 1 May,« the agency writes in an email.

According to Joan Lykkeaa, the University of Copenhagen considerations come like »a bolt out of the blue«.

She points out that it will cost employees up to half a per cent of their salaries if the holiday completely disappears – and if salaries otherwise remain the same.

This is a punch in the face to the staff that are really dedicated. It’s small-minded.

But it is not just a question of finances, she says. It is also about the optics of making 1 May a normal working day.

»I think this is a very bad signal. It is not because people are only working 37 hours a week already,« says Joan Lykkeaa.

»They risk people being demotivated. You do not want to make an extra effort. We see it, exactly, as a kind of recognition of this that we have 1 May off.«

Is it not an argument that management is just doing what the other Danish universities are doing?

»I don’t think so. It is not an argument that just because we are the only ones, we should not have it. We can easily have a staff benefit that the others don’t have,« she says.

»There are really a lot of employees at the University of Copenhagen and who work much more than they are actually supposed to. They stay until their task have been resolved. They do a lot more than their 37 hours,« she says.

»All this means that our colleagues will be less dedicated to staying longer and doing that extra task. You are less likely to pull up your socks and make an effort.«