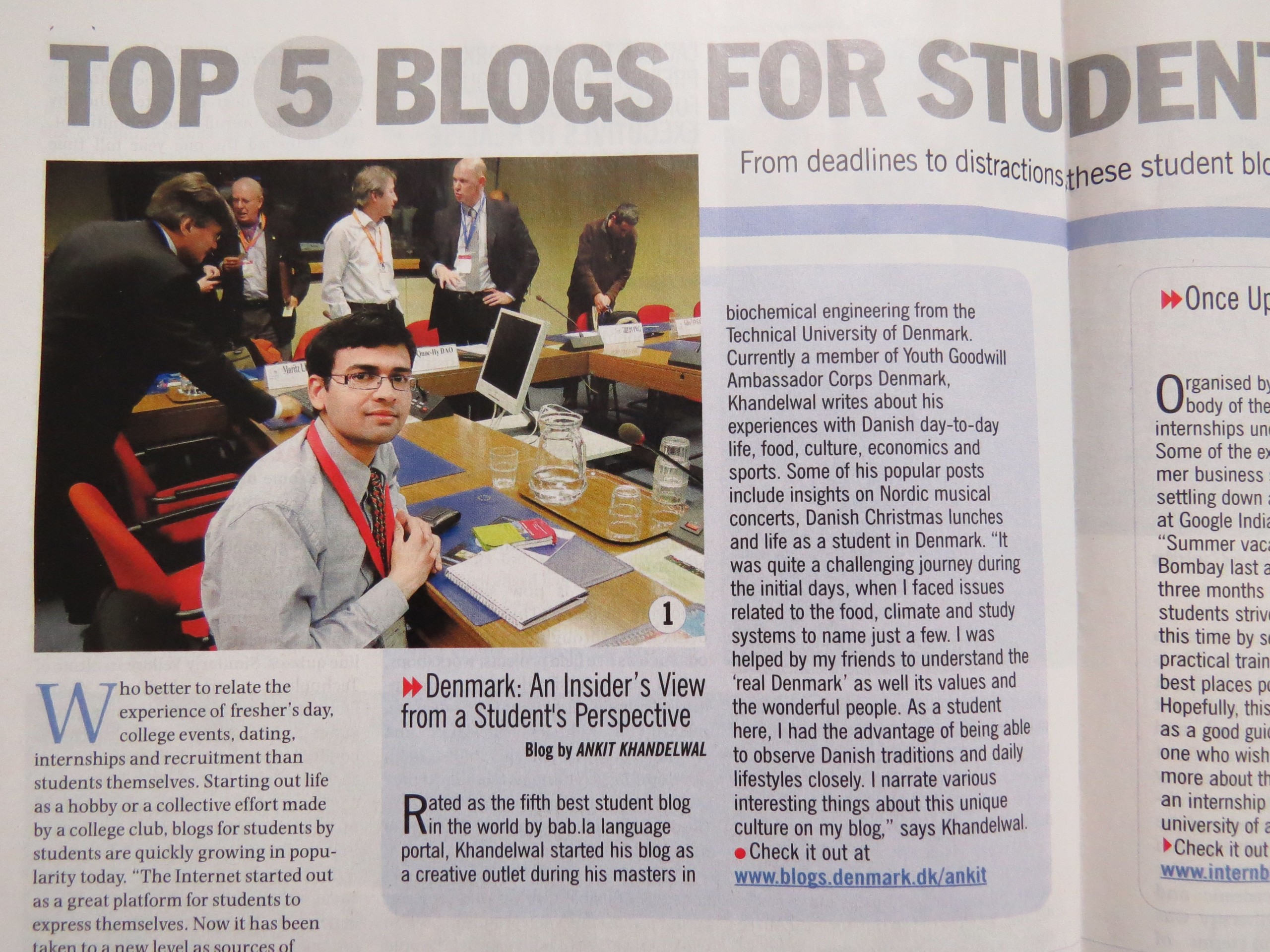 Ankit Khandelwal's blog about Denmark is featured in India Today.

India Today, one of the largest circulation English-language and Hindi publications with 1.1 million, has article about Copenhagen's Ankit

An Indian student’s blog about Denmark has once again attracted world-wide attention, after being profiled in one of India’s leading English-language newspapers.

India Today, in both English and Hindi, is the largest circulating English magazine in India and a prominent Hindi magazine. According to wikipedia it has a 1.1 million circulation figure.

Ankit Khandelwal’s blog Denmark: An Insider view from a Student’s Perspective captured his experience as a student in Copenhagen while studying a Master’s in Chemical and Biochemical Engineering.

In 2012, University Post reported that Ankit’s blog was nominated in the top 100 of the world’s “Exchange and Experience Blog 2012” in a competition organised by bab.la, a language portal.

Now the blog is circulating internationally again after one of India’s “Big 4” English language newspapers, India Today, profiled it as a top 5 student blog.