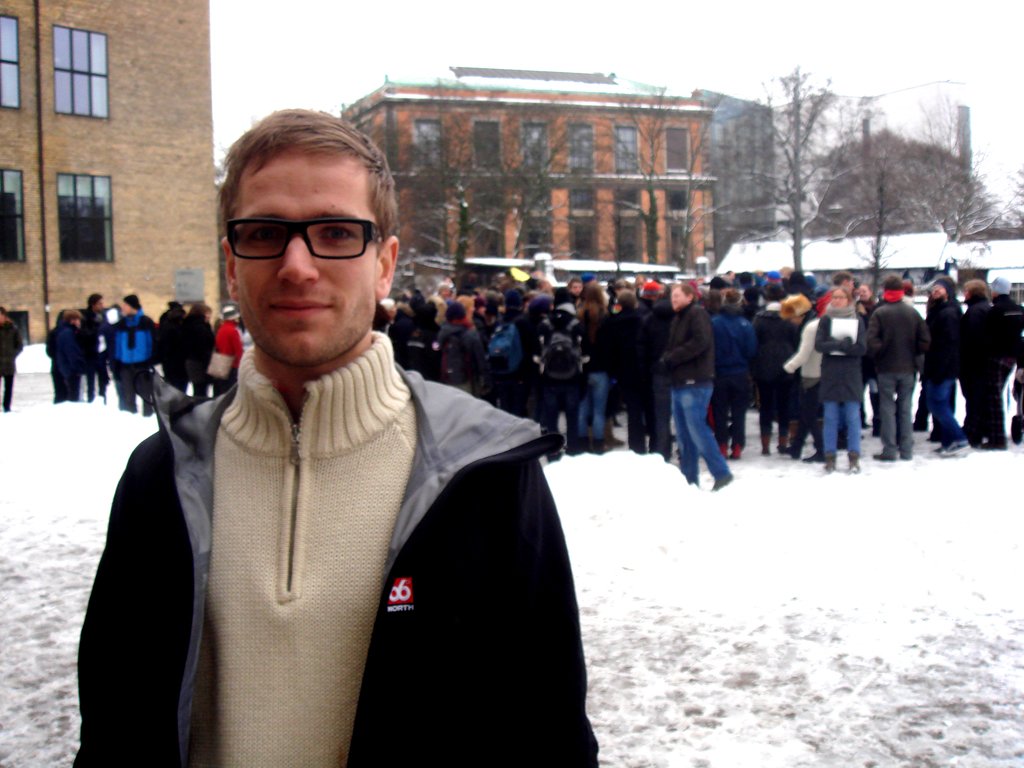 The Rector ought to give some indication of what students of Biology, Geography and Geology can expect in the future, says Bjarke Rubow (pictured) of the Student Council.
image: Christoffer Zieler

Both the Rector and the Student Council want an alternative model of university funding. Nonetheless, student politicians feel that the Rector ought to discuss the outlook for subjects hit by cutbacks

The Student Council supports the student blockade of Geography, Geology and Biology, where several hundred students have gathered since the early hours of Monday.

»We support these blockades,« says Bjarke Rubow, deputy chairman of the Student Council, adding that »the Student Council did not vote in favour of the budget, which the University of Copenhagen’s board agreed on in December«.

The Student Council says that university management has a responsibility to make a statement regarding what the different subjects and disciplines facing cutbacks can expect in the future.

»They owe us answers as to whether they are considering abolishing these subjects,« says Bjarke Rubow, before asking rhetorically »Are they just going to carry on making budgets in this way?«

Up until now, the actions of management seem like stop-gap solutions and a continuous deterioration, says Bjarke Rubow.

»Geology, Geography og Biology are markedly poorer courses now, than those that the students were promised when they started their education, even for those who started in 2009,« he says.

According to the Student Council, the root cause is funding problems as a result of too little of the funds being designated as ‘free’ funds, to be allocated by the universities themselves.

Then you agree with Ralf Hemmingsen, who has asked that parliament put funds at the university’s disposal in a different way, with a larger percentage of research funds as free funds?

»Yes, we hope that Ralf Hemmingsen will support us,« says Bjarke Rubow. »He should make a statement about how he envisages the future for the subjects affected. We need to know what students can expect when they start their courses.«