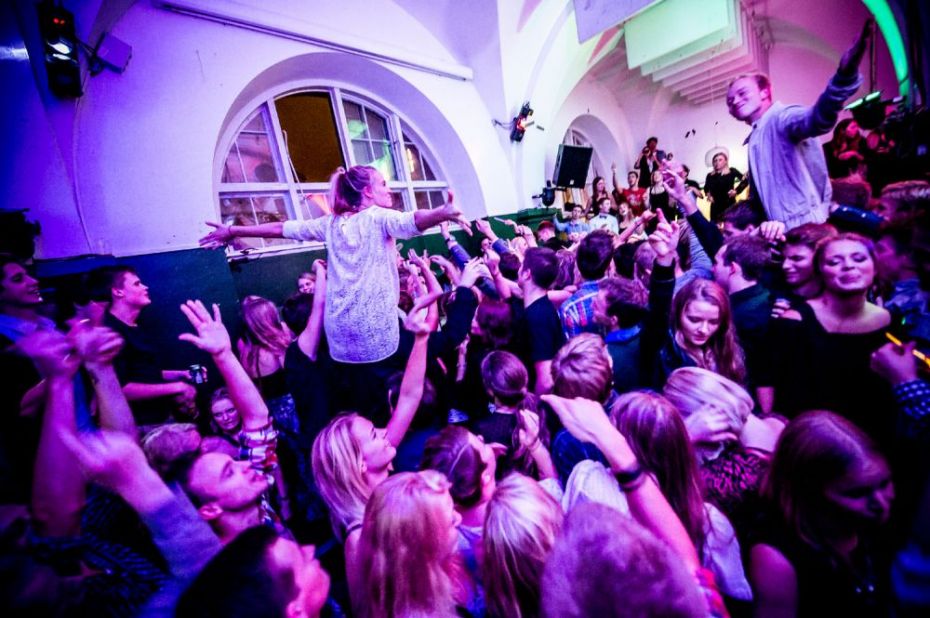 Things got "a little bit dangerous", when students at the Department of Political Science celebrated the new batch of freshmen

Last year the Department of Political Science lost their freshmens’ intro trip in order to cut costs. Now they are – temporarily – not allowed to hold celebrations at CSS, the social sciences’ campus.

Uma Mia Lund, chairwoman of the Faculty of Social Sciences’ council and political science students, says the ban on partying is a result of vandalism that took place 2 September, when the department finished its intro week for new students with a big party.

“Around the time of the party, there were a series of incidents in the area which the Dean’s Office considers to be vandalism. Windows were smashed, and an electricity unit was disconnected leading to the loss of DKK 10,000 worth of frozen food. But the worst was that a high voltage (high voltage = 380 volts, ed.) power line in one of the canteens was heated up so much that the insulation material melted. This might not have been a safe celebration. And this is what we are really sad about,” says Uma Mia Lund.

Students to come up with safe party plan

Uma Mia Lund says that the high voltage power line was located two metres above floor level, and that the damage to it must have been caused by extended exposure to heat, like from a lighter. But but she cannot imagine that damaging the cable was a premeditated act.

Police have not investigated the matter, according to department management .

“We are talking about a temporary pause in the parties, not a ban,” he says. “But there was a freshmen intro party recently where things got out of hand, and it got a bit dangerous,” – Mikkel Vedby Rasmussen

The party ban will have a large effect on student life at the Department of Political Science, says Uma Mia Lund. Saturday 17 September should have been a semester-start party for the Class of 2016 and was cancelled. Students will also miss their scheduled fresher celebration (a substitute for the intro trip).

The ban on partying remains in force until the department’s management and students have prepared a plan for safe campus celebrations that the Dean must approve.

“Naturally we hope to accelerate the process and have a plan worked out that will be approved as soon as possible,” she says.

Not a ban, just a temporary halt

Department head Mikkel Vedby Rasmussen confirms that students are not permitted to celebrate on campus.

“We are talking about a temporary pause in the parties, not a ban,” he says. “But there was a freshmen intro party recently where things got out of hand, and it got a bit dangerous.”

The department’s management and student tutor corps entered a contract a few years ago that defines the framework for the study environment. This was after critical media focus on hazing rituals and other excesses at an introduction course for new students. According to the department, the students have not lived up to their responsibility.

“This contract required students to report any vandalism in connection with festivities. But this did not happen after the party 2 September,” says Mikkel Vedby Rasmussen.

Vedby Rasmussen does not call the department decision to stop the parties a ‘penalty’, but a matter of taking some precautions.

“It is important for me that it is safe to study here, and safe to hold parties here,” he says.

“We should not completely disproportionately penalise an entire department for a crime we do not know who comitted, and put the students’ study environment at risk” – Uma Mia Lund.

The students want safety too.

Student Uma Mia Lund says it would be horrible if someone were injured at a CSS party. But she still considers the general ban on parties to be far too severe a penalty for students. She does not, for example, consider the vandalism to be relevant for the Dean, but only the Department of Political Science which was responsible for the area where it took place. This is unreasonable, she says.

She points out that the Centre for Health and Society CSS is a large and relatively open place where many people – not just students – are able to gain access.

“We should not completely disproportionately penalise an entire department for a crime we do not know who committed, and put the students’ study environment at risk”.

Department head Mikkel Vedby Rasmussen does not believe that students can be let off the hook in terms of responsibility due to the fact that the CSS campus covers a large area and has many entrances, where it can be difficult to see who goes where. But he concedes that the students have a challenge on their hands:

»The campus here at CSS is not built for parties. And maybe the hosting of them requires a different level of attention than at other places at UCPH,” he says.

“We have approximately 1,800 political science students. And though they don’t all party together at the same time, it is a big thing that has to be organised properly. We have to make sure that things can be done in a safe manner.”

“The temporary halt to the parties does not include other activities for students such as their Friday Bar or their cabaret,” says Mikkel Vedby Rasmussen.

He expects the work to begin on a new plan for the safe parties in October .