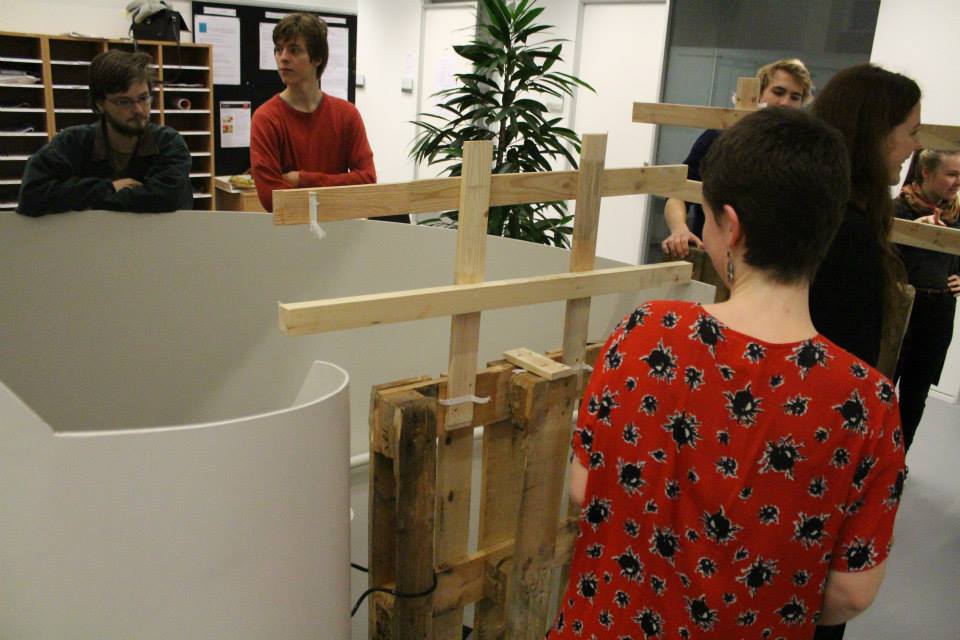 An earlier photo from the group's own facebook page
image: Et Andet Universitet

After five days of protest the student activist group 'Et Andet Universitet' suddenly stopped their blockade at the Humanities faculty. 'For strategic reasons,' says organiser, who is unwilling to elaborate further

The fight continues at Aarhus University, but for now the blockade has ended at the University of Copenhagen’s department of Media, Cognition, and Communication.

The reasoning behind the decision is unclear.

Student organisation ‘Et Andet Universitet’ [A Different University in english, ed.] began their blockade of the department on Wednesday morning to protest the new resizing model and to remove business and governmental interest out of university’s objectives.

They officially ended the blockade on Sunday 23 November in the afternoon, as indicated in a press release.

Why are you stopping now?
“For strategic reasons, we want to re-consider how we can be most effective.”

Does it have to do with a lack of support?
“No, the blockade has been a huge success. We are more people behind us now, than we have ever been.”

When was the decision made?
“At a meeting Sunday between all the occupiers.”

Do our readers have the right to know what was discussed at that meeting?
“No.”

Are you going to say what arguments were put forward as to why the blockade will be stopped now?
“We believe that it is strategically right to end the blockade now, and we are happy with the effect so far”.

The protests at the Humanities faculty resulted in police being called, threats of expulsion, and a full closure of the faculty building.

“Our action has shown that resistance is possible and has strengthened the fight against commercial interests in the university. We think it’s problematic that the University of Copenhagen has responded with excessive aggression in the form of police, threats of student expulsion of students and lockouts,” says Willum in the press release.

Despite ending the blockade, the group plans to hold an information meeting at the CSS Social Science campus this Monday, 24 November, to drum up support in a new UCPH faculty.

See the manifesto from the student activists here.