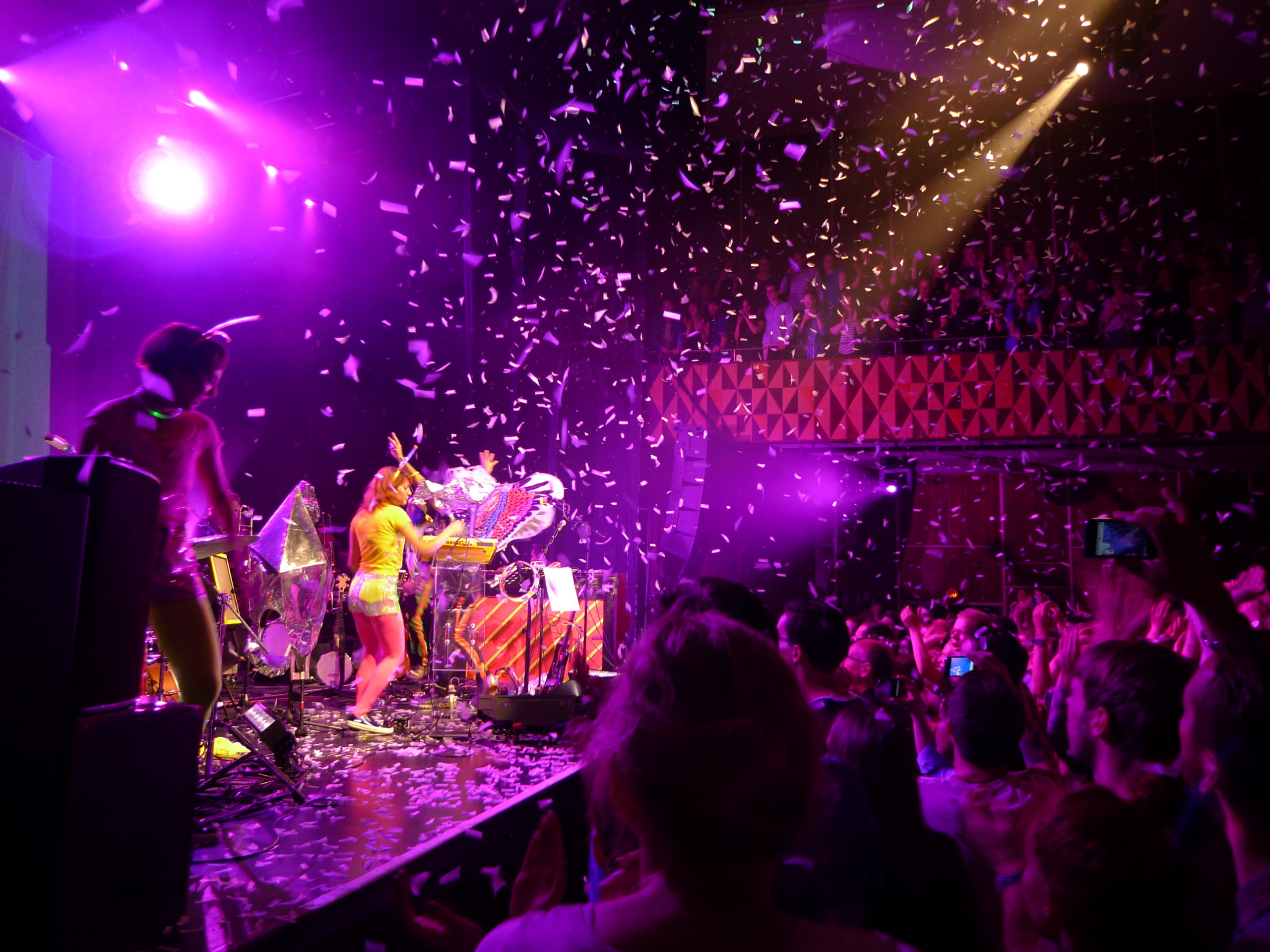 The city is sprawling with venues, ranging from the huge ones with a capacity of several thousand people to the tiny ones that only hold a few handfuls.

Most of them have their own unique atmosphere, story and musical profile. Of course, with only ten spots on the list, some obviously great venues had to be left out.

Those, that did make it onto this list, are not necessarily the biggest or the most well-known in Copenhagen, but they made the cut because they in one way or another contribute with something interesting to the Copenhagen music scene.

VEGA is probably the most well known venue in Copenhagen, and thus an obvious candidate on any guide worth its salt about live music in Copenhagen, and the fame does seem to be just. Last year alone VEGA, hailed as one of the greatest concert venues in Europe, hosted more than 330 concerts and events with a total of almost 250,000 people attending. With a diverse musical program, consisting of both established and upcoming names in rock, pop, hip hop, heavy metal, soul, r&b, electronic and loads of other genres, there is something to enjoy for everyone at VEGA.

If the name hasn’t already given it away, Jazzhouse is a venue for the jazz lovers. It is Denmark’s primary venue for contemporary jazz, where you can experience a broad range of the most exciting names in classic and modern jazz. Don’t like jazz that much? No problem! Even though the main emphasis is on different types of jazz, Jazzhouse is also host to an interesting selection of names in hip hop, pop, rock and even punk.

If you, on the other hand, just can’t get enough of jazz, you should also treat yourself to a visit to two other legendary Copenhagen jazz venues – La Fontaine and Jazzhus Montmartre – both situated nearby.

In an old rustic army hall, in the heart of Freetown Christiania, lies an alternative concert venue Loppen. Between exposed wooden rafters at this intimate venue, you can immerse yourself in loads of interesting concerts, primarily in the genres of alternative rock, punk, psych and heavy metal, as well as hip hop and reggae. Generally, apart from some of the biggest names, concerts at Loppen are affordable, typically in the price range of DKK 50-90, which makes it a place for the concert-craving student on a tight budget.

If you’re in the market for top-of-the-line electronic music, this is a must-visit for you! Every weekend, Culture Box is presenting massive line-ups of well renown DJs nd electronic acts from all over the world. Consisting of three different rooms or ‘boxes’ – White Box, Red Box, and Black Box – each with their own musical profile and bars, Culture Box is an enthralling experience, that is sure to satisfy your cravings for bass-driven dance music.

Huset KBH, founded in 1970, is Denmark’s first and largest culture house. Throughout the year stages at Huset KBH are filled with concerts in the genres of folk, singer/songwriter, alternative rock, jazz and hip hop, as well as a line of spoken word performances and poetry readings. Even if you aren’t that much of a concertgoer, a visit to this place is highly recommended. Apart from a venue for concerts, Huset KBH also contains a board game café, a cinema and a theatre, as well as Europe’s first restaurant with a mission to battle food waste called Spisehuset Rub&Stub.

Originally a building overtaken and run by squatters and political activists back in 1972, Spillestedet Stengade plays an important role in the history of counter-culture in Copenhagen. Nowadays the place is owned by the City of Copenhagen municipality, and is run by volunteers. Musically, Spillestedet Stengade focuses on the underground scene with an emphasis on the more urban genres like hip hop, reggae, dancehall, dub etc., as well as alternative rock and pop, punk, psych and heavy metal. Hosting the legendary Sunday event – RubA’Dub Sundays – Spillestedet Stengade was also a major contributor to the major success of Danish Dancehall a few years ago.

If you keep following Nørrebrogade all the way to number 184, you will stumble upon a modest looking bar and venue that is called Drone. Every Thursday Drone has free concerts in their basement, where they present various acts from more experimental parts of rock, including noise, psych, space, drone, shoegaze etc. As if the free entrance wasn’t enough, Drone also offers the strong Danish beer Tuborg Gold for only DKK 20 until midnight. A visit to Drone is sure to set off your weekend to a great, noisy and budget-friendly start.

If you are into world music, Global is unquestionably the place for you. A quick glace at the venues program proves that Global takes its name seriously: Mexican folk music, Saharan desert rock, Korean contemporary, ethio-jazz, afrobeat and American ska is just a small selection of the world-spanning music at Global. Even if you aren’t too familiar with these kinds of music, a visit to Global is highly recommended. You will definitely get your musical horizon broadened, and most likely enjoy yourself tremendously while doing so.

Ever wanted to go to a concert in a church? No? Well, you should! At Blågårds Plads, in the heart of Nørrebro, lays a now defunct church, which has been reborn into a fantastic atmospheric concert venue Koncertkirken. Here you can experience a truly diverse selection of concerts, covering everything from classical music, opera and chamber choirs to noise rock and experimental electronic dance music. No matter what you choose to attend, you will most likely be completely swept away by the majestic surroundings and the immersive acoustics of the high-ceilinged church room.

This last one is probably also the hardest one to find. Hidden behind graffiti-covered walls on the outskirts of Nørrebro, Mayhem is one of Copenhagen’s hidden alternative gems. Founded by people, who themselves are performing artists and musicians, Mayhem’s goal is to present a range of the more experimenting and obscure acts on the musical underground scene. The result is often a rather challenging, but nonetheless rewarding concert experience with acts that really explore the boundaries of what music can be. With a raw urban setting, a strong DIY vibe, and a musical program that’s bound to surprise, Mayhem is a must-visit for the adventurous music fan.

Any more suggestions?
So, this is only a small selection of the many great places to experience live music in Copenhagen. Do you have any favorite venues that you think deserve a mention? Let us know in the comment field below!