The future of Humanities is interdisciplinary 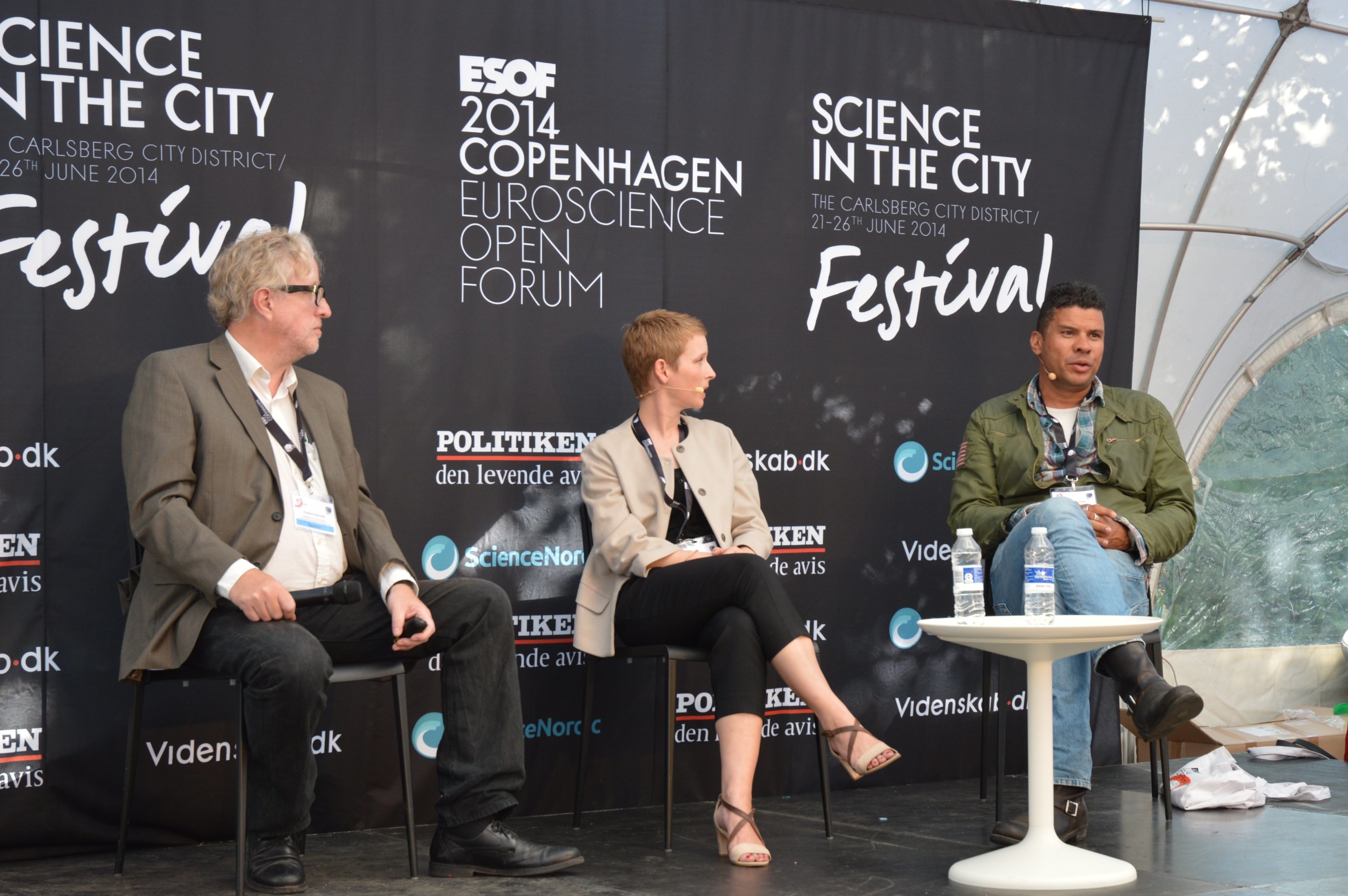 Researchers agree that collaboration and interdisciplinarity are essential in moving science and humanities into the digital age.

Both humanities and science cannot survive alone. Learning ‘human’ skills is just as important as knowledge, and the scholars of the future must learn to adapt.

In a Science in the City panel debate entitled ‘Humanomics – Facts and horizons of Humanities research’, a number of experts from the University of Copenhagen and Aarhus University debated the future of Humanities, in Denmark and worldwide.

This comes in the wake of increased pressure from government authorities in Denmark to align students’ education more strongly with the requirements of the job market and to eliminate study programmes with few students or high graduate unemployment.

See our report on the government committee’s recommendations on capping student intake for ‘artistic and aesthetic programs’ here: Committee: Programmes with no job prospects should accept fewer students.

Alone in an ivory tower?

Frederik Stjernfeldt, professor at the Department of Arts and Cultural Studies at the University of Copenhagen, and head of the interdisciplinary research programme Humanomics, opened the discussion by stating some of his research group’s preliminary results.

The aim of the Humanomics programme is to establish a contemporary theory for the Humanities, in a first step by studying the status quo. The researchers have been conducting a questionnaire study of Humanities researchers to understand the extent of interdiciplinarity and collaboration within the field in Denmark.

According to Frederik Stjernfelt, the most striking aspect of the results is that the Humanities scholar is not ”sitting alone in his ivory tower”. Rather, the results of the study suggest that 82% of the scholars are involved in some kind of collaboration with other researchers, and 60% collaborate with partners abroad.

Julie Sommerlund, Associate Dean of External Relations at the Faculty of Humanities at UCPH, started by stating that that many the main challenges as outlined by the EU’s Horizon 2020 programme (e.g., health problems such as obesity) are as much cultural problems as they are medical or scientific problems.

Julie Sommerlund also stressed the excellent employment statistics for graduates at the Faculty of Humanities: while the faculty educates more students than in the 1980’s, the unemployment rate for graduates has dropped to only 6%, and almost half of the graduates are employed in the private sector.

”That’s an enormous advantage of the Humanities. If you study law or medicine, you’re a doctor or a lawyer”, said Julie Sommerlund. ”but if you’re from the Humanities, you can move into new sectors”.

”Studying Humanities subjects provides you with general competences, not just with knowledge”, she continued. ”as their most used skills, students list the ability to acquire new knowledge quickly and to work independently”.

An obligation to set the discussion

Vincent Hendricks, Professor of Formal Philosophy at the University of Copenhagen, does not see the future of the Humanities as threatened. He gives the death of Marius the giraffe and the ensuing Twitter storm as an example of the role Humanities plays.

”Buzzfeed recently published a list of the 29 steps necessary for a Twitter storm. A lot of these issues are Humanities-based. But it also involves network theory, social psychology etc. These issues are not the result of one discipline, but of a conglomerate. Grand challenges are interdisciplinary, but the Humanities are traditionally monodisciplinary”.

”We have an obligation as Humanities scholars to set the discussion as to how interaction in the Information Age is structured”, he added.

See Vincent Hendricks comment on the University Post here: In the digital age, the humanities can afford to go on the offensive .

Questions from the audience sparked debate on whether interdisciplinarity is sufficiently promoted within universities, whether the focus should be on educating specialists versus generalists.

”We need to tune science to the new conditions of this world, in terms of politics and funding, but also in terms of how science is perceived”, Vincent Hendricks responded. ”But a gradual change is definitely already underway”.

Frederik Stjernfelt added that this change is even closer. ”Our projects are already interdisciplinary, involving various faculties. This is not something that is supposed to happen in the distant future. It is already happening as we speak.”