This new app will give all your stuff away 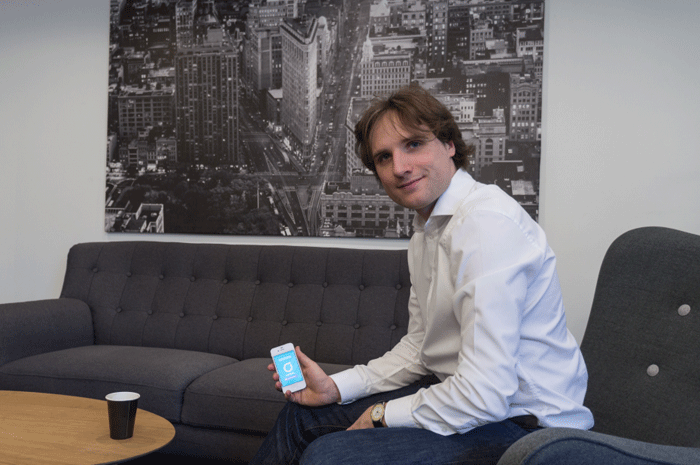 Ask Holme with the app that he has helped develop. It helps people get rid of their stuff
image: Yifan Liu

You need to move, but your apartment is stuffed with things you don’t want to keep anymore. What are you supposed to do?

According to Ask Holme, a former economics student at the University of Copenhagen, this is the situation where you should use the new iPhone app called ‘Care2reuse’.

“We tried to build something that could structure this whole giving things away, sharing and reusing things idea a bit more than it is today,” says Ask Holme who is one of several students and former students working on the project.

The app is a platform that connects people who have stuff they don’t use – to others who can make use of it.

This might sound familiar, there are Facebook groups and websites that can do the same thing and they might even have a larger user base. So the question really is how is Care2reuse going to differentiate itself from these much larger and well-known companies?

It could be its simple structure. The first time you open the application, you log in with your Facebook account. The app itself doesn’t have that many functionalities. You take a photo of the things you would like to give away and write a few words in the description. Others within the location range can then contact you on the app. You can also choose to share your activity on the app on your Facebook timeline, so that your friends can also take part if they are interested.

The project took off in 2014. A group of volunteers had got together under the NGO named ‘Innoaid’ and they thought it would be a good idea to make a more structured network for sharing and reusing old stuff, in contrast to the unstructured Facebook groups and other websites.

Now, there are eight people dedicated to this project right. Most of the team members have international backgrounds. Two new people are coming soon to help with marketing and fundraising.

“Hopefully within the next half year or so, we will be able to deliver a web interface, so it’s possible to get on without an iPhone,” says Ask Holme.

Next step: Give away skills, free time

When it comes to user traffic, the attraction rate has not been great, Holmes admits. Furthermore the app is still pretty much a beta version, due to their very limited budget, but they are aiming to promote the app among international students and dorms, as that is the target group the app was originally designed for.

This is only the first step for the new app. The group would also like users to share their free time or skills with each other. “The physical things are just the first step of the journey,” as Holme points out.

The ambition of the project is obvious, the question is would you like to be part of it?

You can find the Care2reuse app in the iTunes store here.

If you would like to volunteer for the project or donate, contact: Holme: ah@innoaid.org or Carmine Alia: ca@innoaid.org