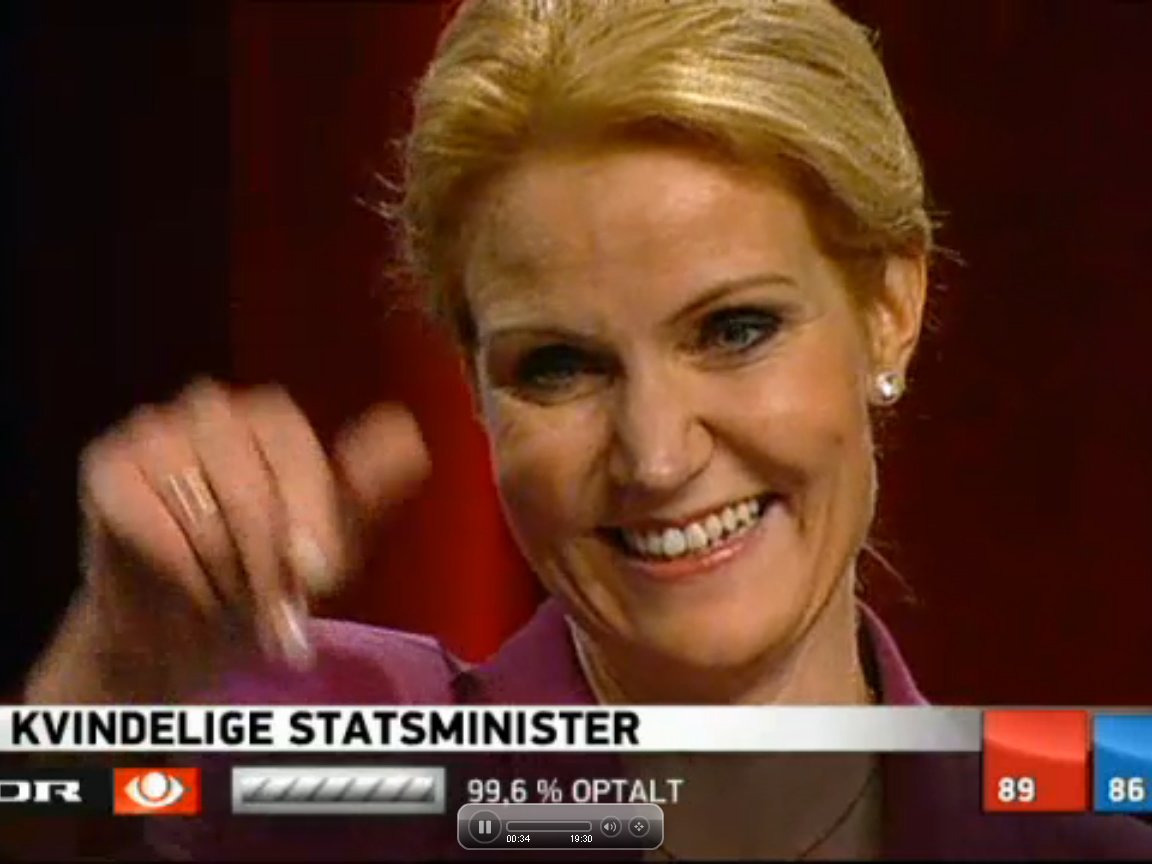 The centre-left opposition parties won a narrow majority of 89 mandates to 86, thereby ending ten years of conservative-liberal government that has been backed by the mandates of the anti-immigrant right.

»Everyone should feel that they have been heard. This means that we will co-operate over the centre of Danish politics. And tonight we stretch our hands to all those who want to take part,« Helle Thorning-Schmidt said in her victory speech.

The right-wing nationalist Danish People’s Party lost three mandates to 22, the first election in which it has not gained. And for the first time in ten years, the party not be able to use its mandates to push its anti-immigrant policy line on government.

Thorning studied at University of Copenhagen

»Tonight I hand over the keys to the Prime Minister’s office to Helle Thorning-Schmidt. Dear Helle, take good care of them. You’re only borrowing them,« he said.

Turnout for the election was high, even by Danish standards, at 87.7 per cent.

Helle Thorning-Schmidt, who studied political science at the University of Copenhagen, is married to Stephen Kinnock, son of former British leader of the Labour Party Neil Kinnock.