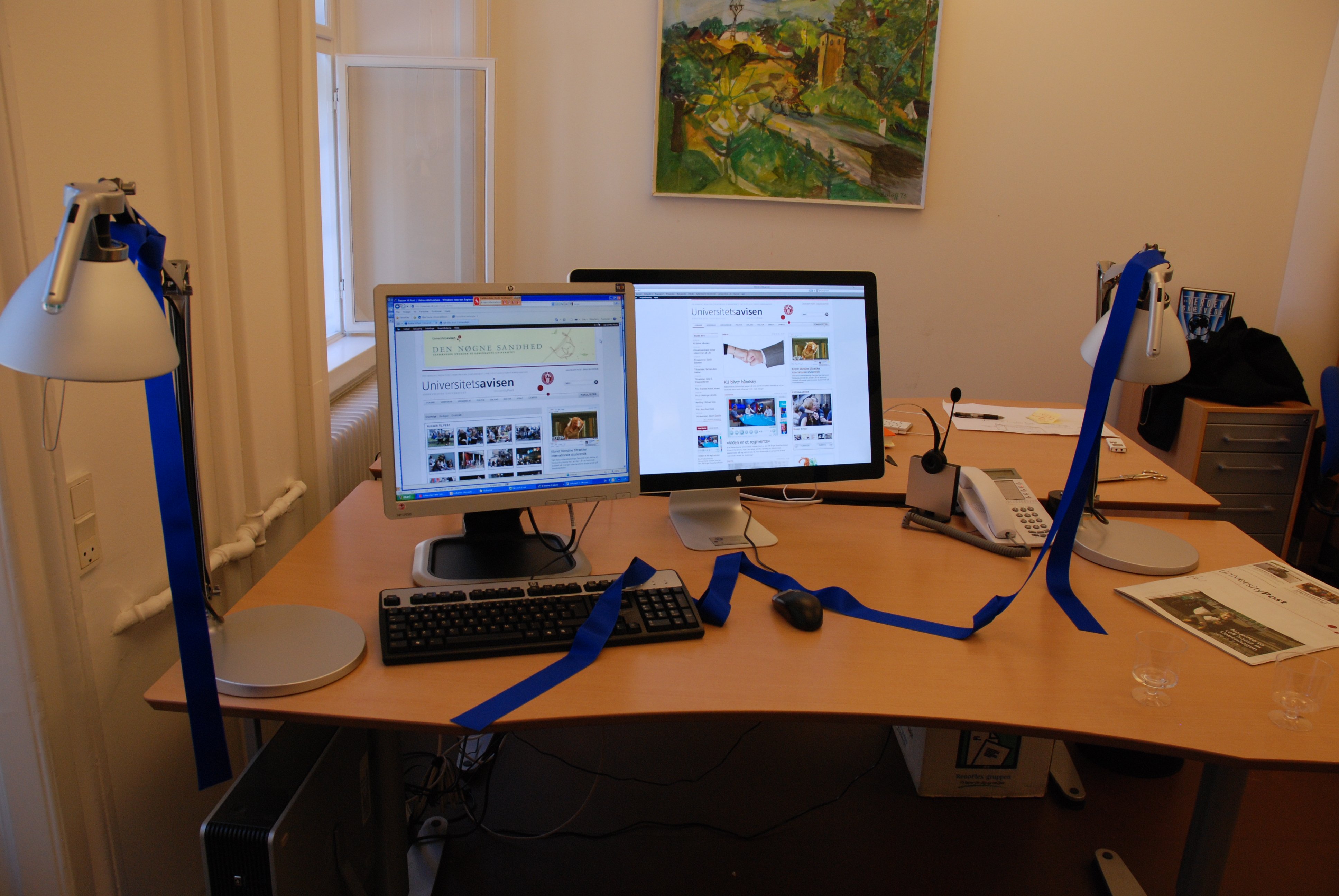 Good times. A cosy corner of the newsroom, just after the web launch in September
image: Sune Engel Rasmussen

Universitetsavisen / University Post has been forced to cut back six editions of the printed newspaper annually, with the budget for the Danish and English-language web editions reduced

The grant for the Danish and English media of the University of Copenhagen, Universitetsavisen and University Post, has been cut back by DKK 1 million, or 20 per cent, to DKK 4 million.

As a result, the number of editions of the printed newspaper will be cut back from 15 to nine. The English-language Universitypost.dk and the Danish website, which were both launched 1 September, have been forced to cut costs before they have even started.

Management argues that the major cost cutting exercise is in line with the general cutbacks at the university, and that the newsroom of the Universitetsavisen/University Post overran its budget last year.

The Universitetsavisen/University Post and the independent governing board of the newspaper do not agree with the claim by management that the budget has been overrun. They point to a 2008 agreement with the Rector of the university and representatives of students and staff.

The agreement stipulated that the newspaper would be published with the same grant in 2009, but with the distribution by post for most editions being replaced by a series of stands placed throughout the university. The saved postage expenses of DKK 2 million should be partly used to develop a web version in Danish and English, with the rest put in reserve.

The total expenses for the newspaper and websites last year was DKK 6.2 million, an expense that is precisely that of 2008 and 2007.

Two thirds of the ‘overrun’ of DKK 1.4 million is according to the governing board artificially constructed by management, by administratively fixing the grant from the University of Copenhagen to the newspaper DKK 1 million lower than that presupposed in the 2008 agreement. The other DKK 400.000 is a result of the economic crisis, as income from advertising fell more than feared from the switch over from the distribution of the newspaper by post.

The governing board’s objections have not been taken into account. So the Universitetsavisen/University Post newsroom and its readers will have to get used to hard times.

Our newsroom and staff will as a matter of course do everything that they can to ensure that the cutbacks have as little impact as possible, and that they will not decisively affect journalistic quality. Whether this is possible, can only be decided by you the readers. You have the opportunity to have your say when we carry out a reader survey this spring of both the printed and the electronic versions of our newspaper.

The survey is to be used as background material for a status seminar, which, in accordance with the 2008 agreement is to be held in the spring of 2010 for a wide circle of stakeholders including the staff co-operation committee, student council, and communication staff. On the programme is an evaluation of all the communication at the university, including an evaluation of the technical feasibility and the future of the newspaper version.

At a meeting between the parties behind the 2008 agreement, it was agreed that the readers survey should be carried out by the bureau Capacent and be financed by the Rectors budget. The seminar will take place in June.

This is how the readers will notice the cutbacks: