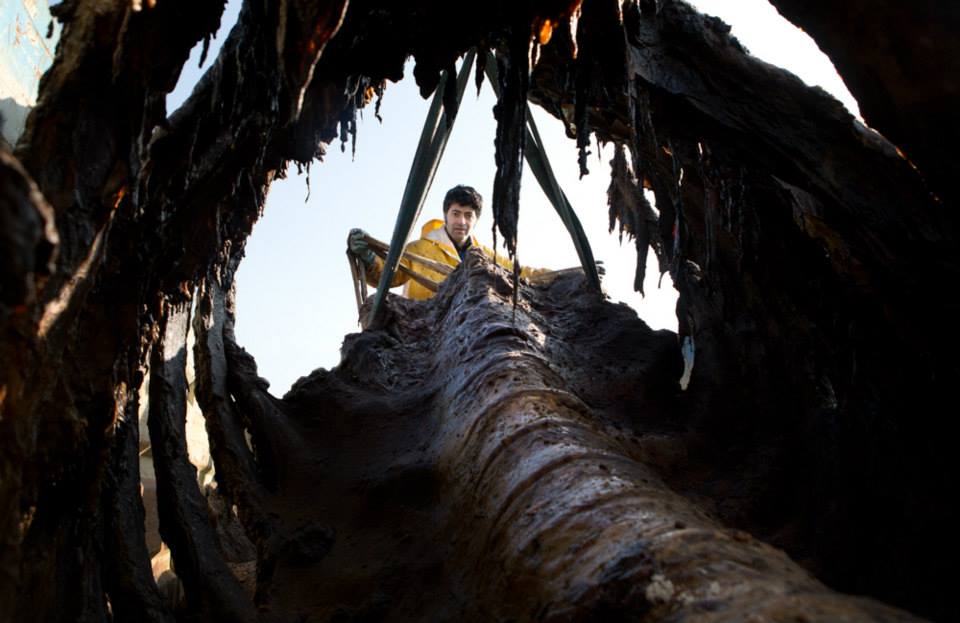 Two sperm whales are the newest addition to the Natural History Museum of Denmark, joining a 16.5 metre dinosaur to make for a display of epic proportions

Two sperm whales which were stranded on a beach in Denmark in February will be put on display at the museum of Natural History in Denmark. They will join the museum’s most recent acquisition; a 16.5 metre diplodocus named ‘Misty’.

The whales, which are each about 14 metres long, were stranded on a beach in West Jutland and attracted heavy Danish media coverage. One was already dead, while the other one was impossible to save.

The whales were skeletonized so that their bones could be better preserved. The process required zoologists to carefully slice open the carcasses to avoid an explosion caused by a build-up of gas, but the first cut still caused an explosion of guts. The pictures in the gallery below are from the process of skeletonizing.

Working on the logistics

What to do with the skeletons remained uncertain until now. It has been decided that the two sperm whales will join Misty the Dinosaur on display at the Natural History Museum of Denmark.

The museum recently made headlines when it acquired Misty, one of the world’s best preserved diplodocus skeletons, of which there are only six in total in the world.

However dinosaur and whale enthusiasts may have to wait before they see the two side by side. As reported by the University Post, the museum is still working out the logistics of fitting in the dinosaur display, and is constructing a new wing of the museum for that purpose.

Watch the video of a zoologist from the Natural History Museum of Denmark slice open the whale carcass: WARNING: GRAPHIC IMAGES.

See photos of the skeletonizing of the whale below. Courtesy of Natural History Museum.