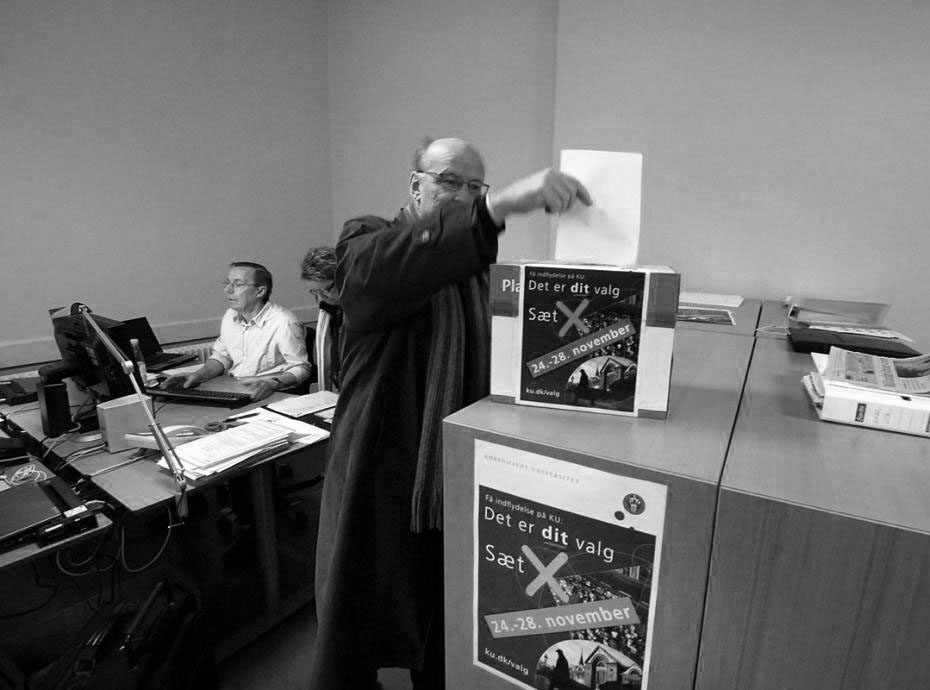 Picture of a voting booth in the 2011 elections. Voting in 2012 is marginally improved
image: Anders Fjeldberg

14.8 per cent of the electorate chose to cast their ballots for key Board of the University of Copenhagen elections.

This is just one of the results released to the University Post from the election office after the voting ended Friday. Participation in university elections is always low, but the percentage is a small increase over last year, which had a 14.6 per cent turnout, and the previous year that had only 12 per cent for this part of the election.

Voter participation is normally negatively affected by the fact that several key local offices are uncontested, with only one candidate. Election turnout figures are in the fact box right.

Preben Liljendahl, who heads the election secretariat, is satisfied with the higher turnout.

»We have done more to get the voters out to vote, including election videos,« he says.

»There are a good deal of non-Danish voters and the non-Danish electorates’ importance is only getting bigger,« says Preben Liljendahl.

The vote is for several seats on the Board of the University, individual study programmes ‘study boards’ and for the Academic Council bodies.

After many years with a voter turnout in the 30-40 per cent range, turnouts dropped below 10 per cent after a university reform meant that the University’s top jobs, the Rector and the Deans of the different faculties, from 2005 were no longer democratically elected.

Highest turnout in this election is, not surprisingly maybe, among students of the political science department with 34.9 per cent voting.

The actual result of the election will first be released on Wednesday 28 November at 12.