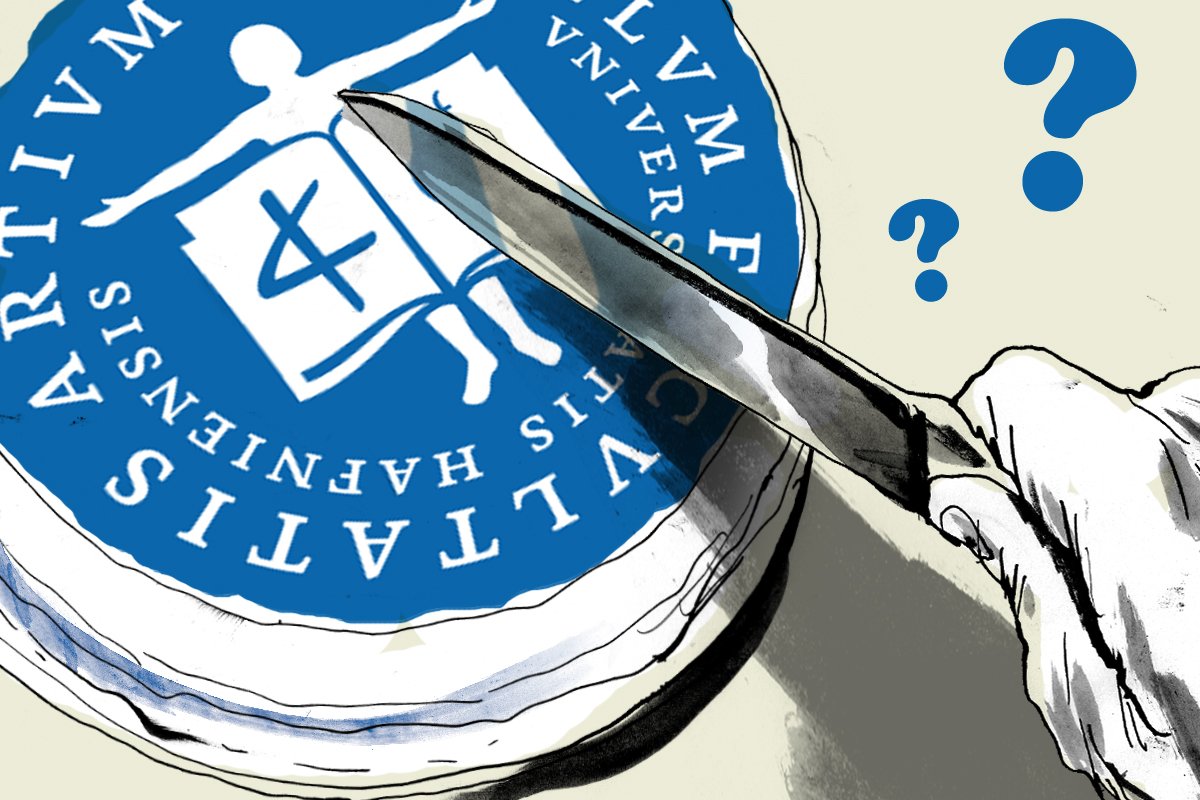 The Faculty of Humanities needs to trim an additional 60 million kroner from its budget
image: Rasmus Meisler

Cuts — A new round of budget cuts for Humanities is likely to be felt throughout the faculty. The administration is considering measures ranging from the amount of time staff has for guidance to reduced library services

Students and staff in the Faculty of Humanities at the University of Copenhagen are facing a second round of budget cuts that is likely to result in positions being eliminated.

The details of the cuts are laid out in a proposal put forward for comment by the Dean’s Office. The plan was drawn up based on the recommendations of four working groups made up of student and staff representatives. Each of the working groups was asked to identify the areas where a spending reduction would have least impact.

The cuts are part of an effort to eliminate 151 million kroner in spending resulting from an order by the government to save 2% annually between 2016 and 2019.

The order resulted in the first so-called adjustment round last spring. At that time, some 90 million kroner in savings were identified, in large part through the elimination of 86 positions. The remaining 60 million kroner has yet to be identified. Were the savings to be made through staff reductions alone, it would require slashing another 20 jobs.

The list of potential savings identified by the working groups is long, but among the more notable are: a reduction in the amount of time staff has for guidance and grading, using a minimum number of examiners during exams and fewer elective courses.

Faculty administration will also be reduced, and may see some of the tasks currently carried out at the faculty level centralised at the department level.

The proposal identifies 6.6 million kroner in administrative expenses that can be trimmed, resulting in the elimination of 13 positions. Libraries will also be affected through a planned merger and through the closing of three of the current eight service counters, where students can pick up books or speak with a librarian. The 2.3 million kroner expected to be taken from library operations will involve eliminating seven jobs.

During a faculty meeting on 15 September, Dean Ulf Hedetoft explained that two-thirds of the remaining 60 million kroner would be found through staff reductions.

“Staff reductions are about the same proportion of the overall cuts as they were during the adjustment we made last spring, when 86 positions were eliminated. Our hope is that most of the adjustment can be made by not rehiring for positions after people quit or retire. But we should expect that there will also be layoffs,” Hedetoft wrote in a statement accompanying a presentation available on KUnet.

The Student Council of the Faculty of Humanities called together students for a meeting on 16 May to discuss the plan. Asta Otto, a member of the council’s board of directors, said many students are worried.

“The previous cuts were bad, but they had less of a direct impact. Merging library operations and firing library staff will have a very direct impact on our studies,” Otto said.

The reduction will bring down the number of library staff by about half, while those that remain will be less specialised.

“With less staff available to help, it will be harder for students to find the books they need,” Otto said.

In November, 50 students staged a demonstration that barred entry to the Dean’s Office in protest over the cuts. Another protest was planned at the meeting, but this time the council changed tactics in the hope it could attract more students.

The demonstration took place on Karen Blixens Plads (the plaza in front of KUA 2), on Thursday, 18 May. Representatives from trade unions, library staff and the student council addressed the gathering.

“We wanted to hold a demonstration that attracts more people than our first one did,” Otto said. “We wanted to let them know we’re not happy, and we wanted to give the faculty and the staff the chance to have their say.”

Hedtoft said he would not comment on the cuts while the comment period was open. He underscored, however, that students and staff were welcome to take part in the process.

The faculty’s administration supports the proposals made by the working groups.

A final decision will be made on 20 June.