89 was a new type of revolution 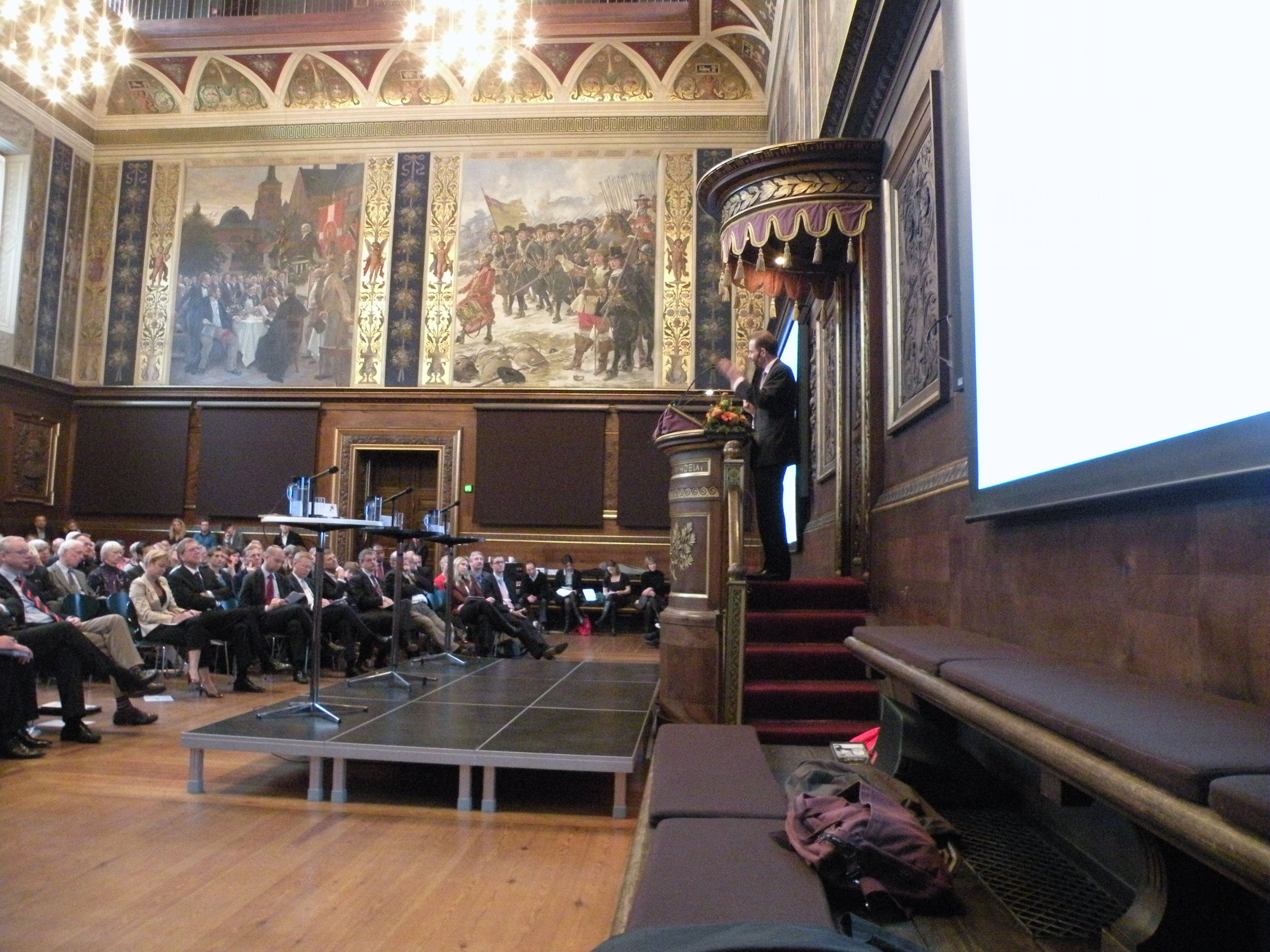 Legacy of '89 discussed in the Ceremonial Hall
image: Mike Young

The events of 1989, and the fall of communism, constitute a new model of revolution that surpasses the older French model of 1789.

See the article ‘1989 may have been the best year in history’ here.

This is according to Timothy Garton Ash, speaking at a panel discussion at the University of Copenhagen Ceremonial Hall.

»The older 1789 model, which includes the Russian revolution of 1917 and the Chinese one of 1949, were violent, utopian and claimed to be class-based,« he says. They were characterised by a radicalisation, culminating in the use of terror.

See the video of Timothy Garton Ash speaking at the conference here.

Non-violence comes at a price

In opposition to this, the ‘velvet’ revolutions of 1989, including the symbolic downfall of the Berlin Wall, were non-violent, anti-utopian and characterised by »the strategic use of civil disobedience,« he says.

They used the roundtable rather than the guillotine and have as their outcome a »negotiated transition,« he says. But the 1989 template for a revolution comes at a price, according to Timothy Garton Ash.

»The price is compromise, and that you leave elites with economic power, and this leads to a sense of historical injustice among the populace. The former worker in Gdansk is hard up, while the former party boss becomes a millionaire.«

Not a shared history

And a stronger and larger EU institution has not been followed by a shared sense of history among Europeans.

»At the time, we hoped that ‘89 would be a pan-European moment. Institutionally this has been the case, but not psychologically. It has not become a shared moment in European consciousness. In Eastern Europe the memory of 1989 is profoundly ambivalent and there are many who say that they were better off then, than they are now,« he says.