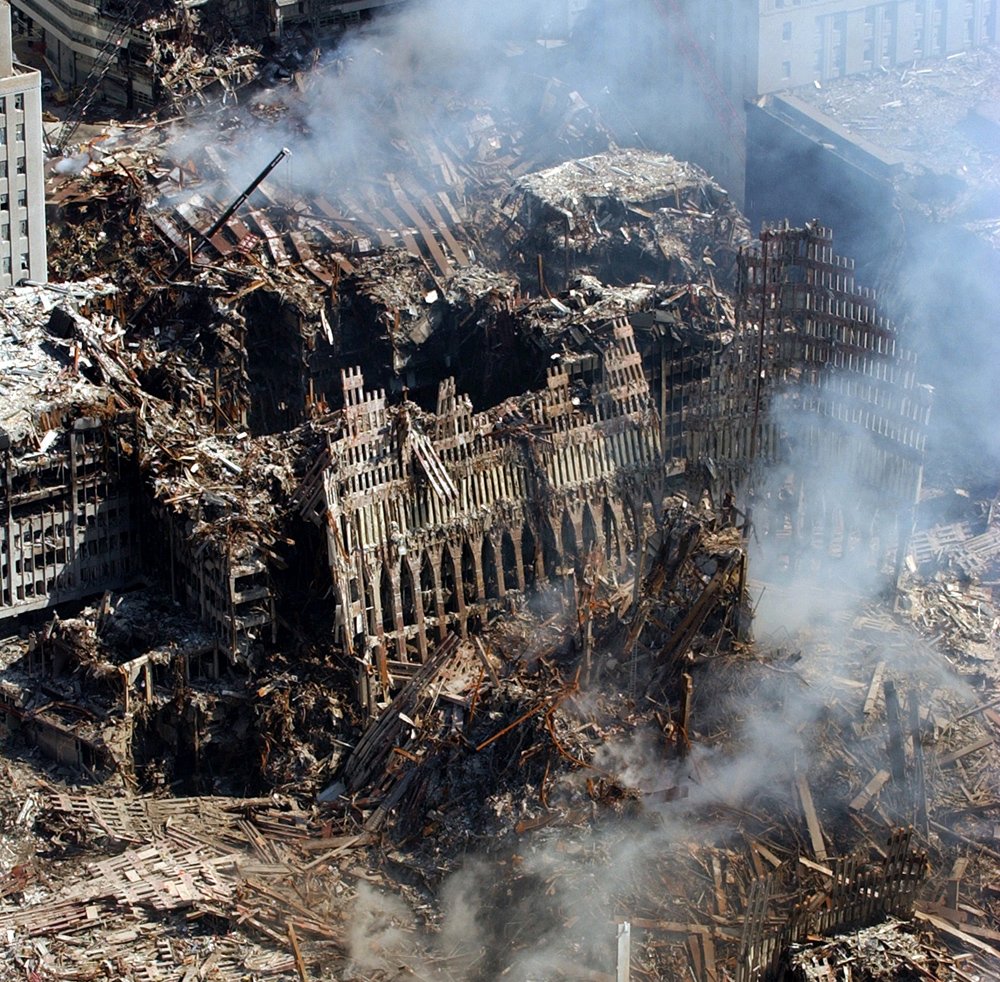 World Trade Center 7 (WTC7) imploded seven hours after the 9/11 attacks on New York City in 2001. This Wednesday in Copenhagen, nine years later, a crowd had turned up to watch Lecturer Niels Harrit and Professor Per Hedegård debate its collapse.

While Harrit argued that it must have been a deliberate controlled demolition that has been covered up, his opponent Hedegård countered that this is an absurd conspiracy theory.

»This is a mysterious, fantastic collapse. Nobody wants to touch it. That is why we never hear about it,« said Harrit, from the Department of Chemistry, University of Copenhagen.

He has evidence that the official explanation, that the collapse was a result of fire after the planes hit the twin towers, must be wrong.

[Read also about Niels Harrit’s 2015 day in court where he presented new evidence on 9/11 attacks here.]

There are several suspicious features of the collapse, Harrit argued, including the velocity and symmetry with which the building falls. This makes the official explanation of a »fire-induced collapse« implausible.

»We need another hypothesis for this enigma,« Harrit said, showing a video of the 47-story building being swallowed up by the ground and replaced with a puff of smoke.

»This has never happened before to a burning building!«, he said. Instead he believes WTC7 was brought down by controlled demolition, a man-made explosion carried out by several dozen professionals.

The debate quickly became spirited, contentious and personal. Even members of the audience interrupted with shouts of disagreement and irritation.

»The truth hurts us, but the lie kills us,« Mr. Harrit said grandiosely.

Debunking the alleged cover-up is a case of searching for truth and justice, according to Harrit. The US government’s »fire-induced« explanation, given in a subsequent report, was an attempt to sweep something very squalid under the carpet.

»In her right hand Lady Justice holds a sword, in her left a scale, which could represent science. Justice is blind. Science is also blind. But science is not stupid,« he said, alluding to the Greek personification of the moral force of judicial systems.

Science is not stupid, nor is it illogical

But all this is nonsense.

At least according to Per Hedegård from the physics department, the Niels Bohr Institute, University of Copenhagen.

Maybe the US government report was incomplete, but just because something cannot fly, does not automatically mean that it’s a rock, he reckons.

»Niels Harrit reaches a very drastic conclusion! In science we cannot prove anything to be absolutely true. We have to be careful and look at probabilities. I believe this theory has a very low probability of being correct. Where are all the whistle-blowers? How did they manage to cover it all up?«

And the method behind the theory is unscientific, Hedegård maintained.

»You should write your theory down and get it published in a scientific journal instead of going around giving presentations!«

Don’t know what to believe

At the end, a show of hands showed that many in the audience were in doubt as to exactly what they should believe.

While some see the WTC7 as a fringe conspiracy theory that could find its place alongside theories like the Apollo moon landing, others think that there are questions that need answers.