Housing shortage — A city development project Bryggens Bastion is to contain youth housing along Njalsgade street just across from South Campus on Amager.

Students who are about to study at South Campus at the University of Copenhagen (UCPH), which houses the faculties of humanities, law and theology, can look forward to 97 new youth apartments right next to their place of study in the district of Amager.

It is the Bach Gruppen’s urban development project – – a completely new DKK 5 billion construction with housing and business, which will also include housing for students, according to a press release.

Bryggen Bastion is not covered by regulations on low-cost housing, but the Bach Gruppen has entered into a contract with the City of Copenhagen, which is to finance part of the land purchase. In this way, ten per cent of the homes will be in low-cost youth housing.

To be rented out by housing company

It is the housing company KAB is to take over the upcoming youth housing, which is expected to be ready in the first half of 2019.

Copenhagen is growing, and this is partly due to the many young people who move to Copenhagen to study. We need therefore to constantly create more youth housing. With the Bryggen Bastion we get 97 new low-cost youth homes which will have a fantastic location close to the education institutions.

The rent will be DKK 4,400 – 4,500 a month plus utilities. The homes will be just under 50 square metres – including shared communal areas. According to KAB, two people could easily live there, even though they are intended for one student.

One of the largest projects

75 per cent of the area of Bryggens Bastion will be used for approximately 1,000 homes – mainly family size apartments, but also urban/terraced houses and youth housing.

The remaining 25 per cent of the construction goes to shops, cafes, institutions and businesses, also with the option of a hotel. The construction will comprise two towers as well as a number of blocks of varying height. The total area will be about seven hectares or about ten football pitches.

The district plan from 2016 allows for the construction of 125,000 square metres – in round figures this gives the project a value of DKK 5 billion at current prices. The Bryggens Bastion will therefore be one of the largest development projects in Denmark.

The construction and development of the site is expected to extend over an eight to ten years period. 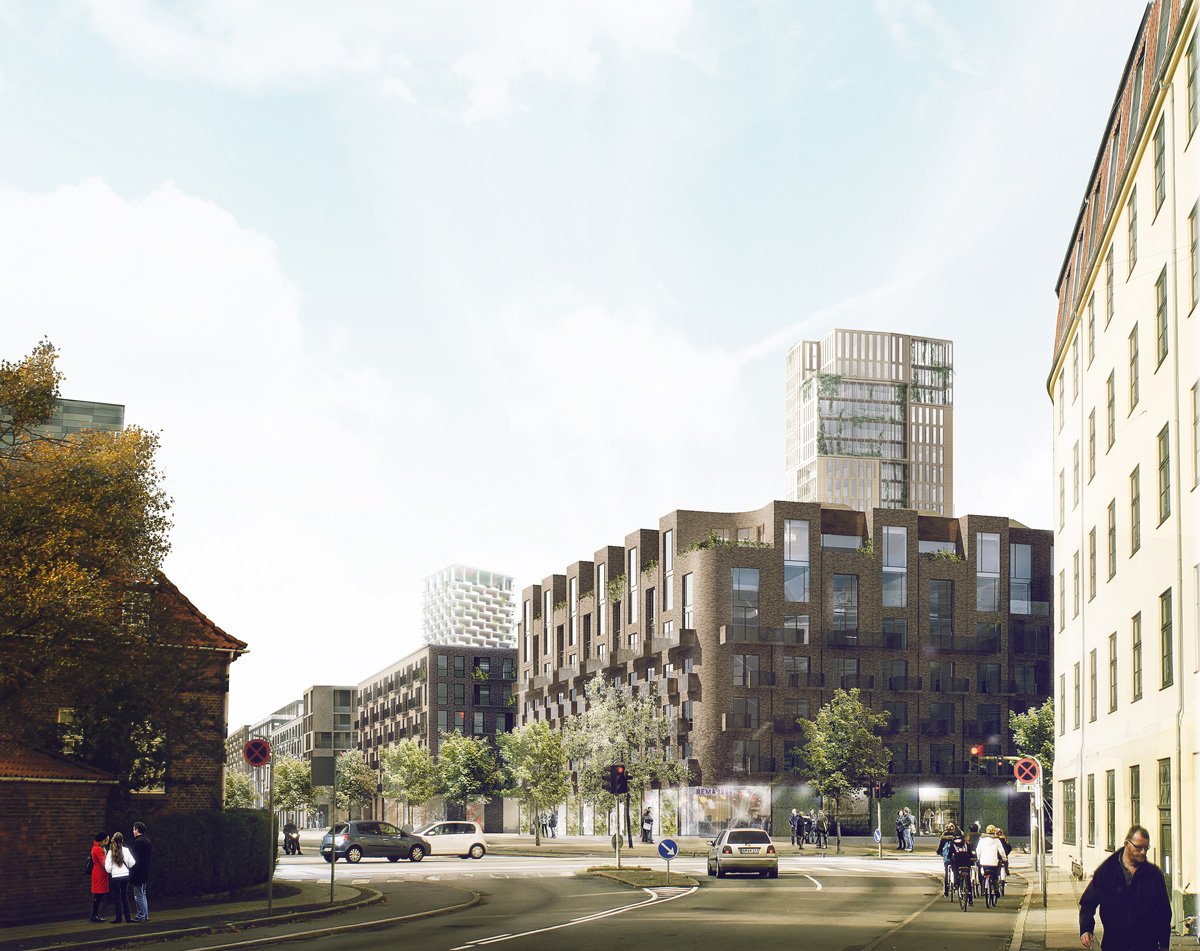 The area, as imagined in the drawing, from the east.
image: Bach Gruppen