A cooking lesson for a broke student 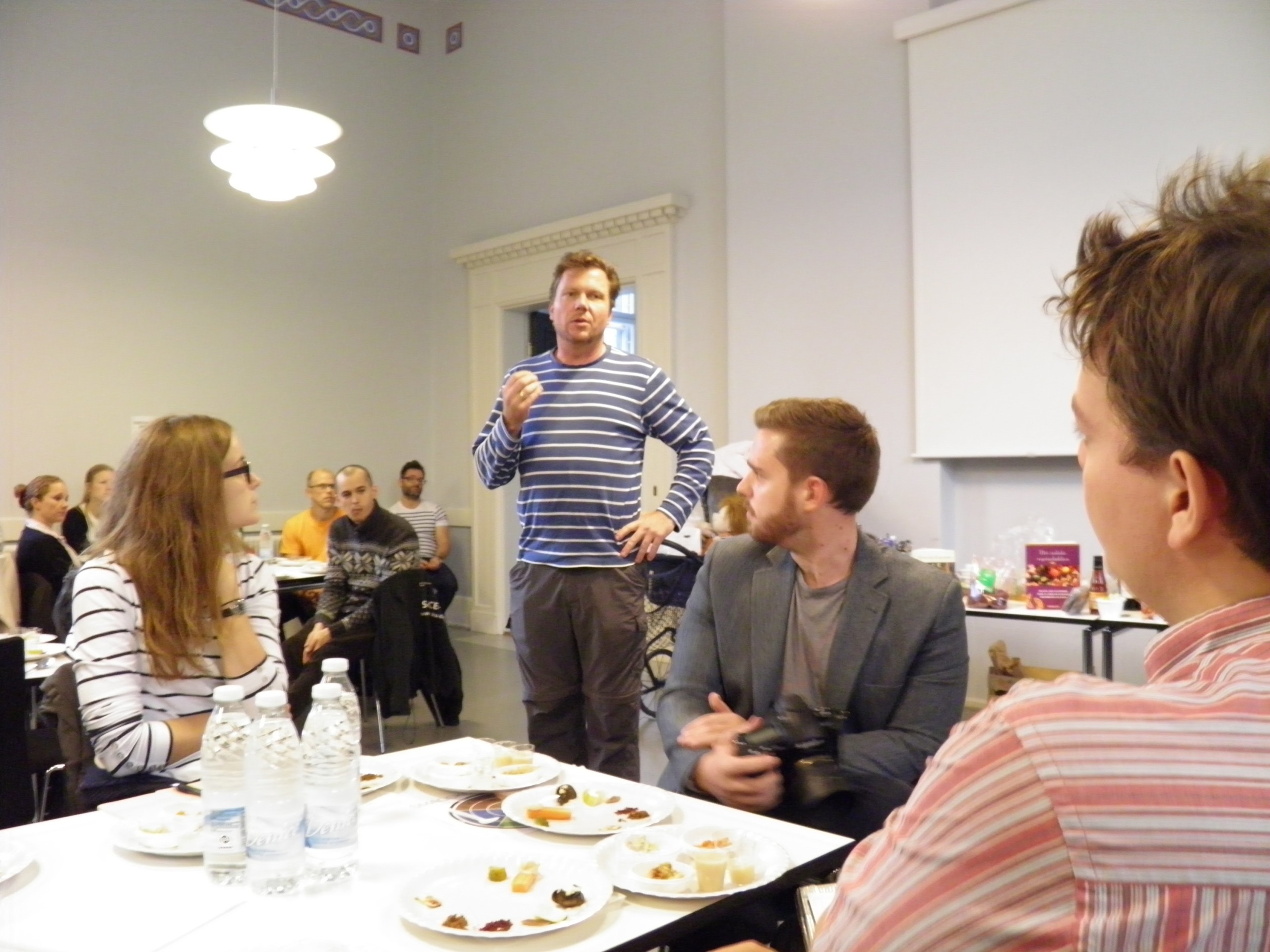 A world beyond pasta with ketchup. Does this exist? Yes, apparently, if you follow famous chef's advice

In a series of two evenings, he tells new students about the basics of taste and refined spice-mixing for those on a budget. And even though the lectures are in Danish, taste pyramids and food samples speak their own universal language.

The sample plates were laden with small edible tidbits and strange-smelling concoctions.

They represented five basic food tastes, called salt, sweet, bitter, sour, and umami – the latter, a ‘newly-discovered’ taste found mostly in meat, fish and seaweed, used very often in Japanese food. The visitors got to experience ‘umami’ first-hand with a slurp of fresh seaweed-water from the sample plate.

A new discovery for this reporter was that some spices are not considered to have ‘taste’ – rather, they irritate the nose or mouth, which enhances food flavor.

A small piece of extra-strong chili confirmed the claim, as it seemed to want to destroy taste buds rather than make them taste something.

Fortunately, Angelo had some neutralizing flavours handy. For instance by adding lemon to balance out a food that is too salty.

Here is a recipe from the evening that could even work on a student budget: Bulgur (cous cous can also be used), boil with fresh tomatoes. When it is done, add crisped, diced bacon, and finely-chopped fried leeks. You can also replace bacon with mushrooms.

And now to the totally cheap: Cauliflower soup. Boil and blend cauliflower, spice with salt, pepper, butter browned on a pan, and a little nutmeg.