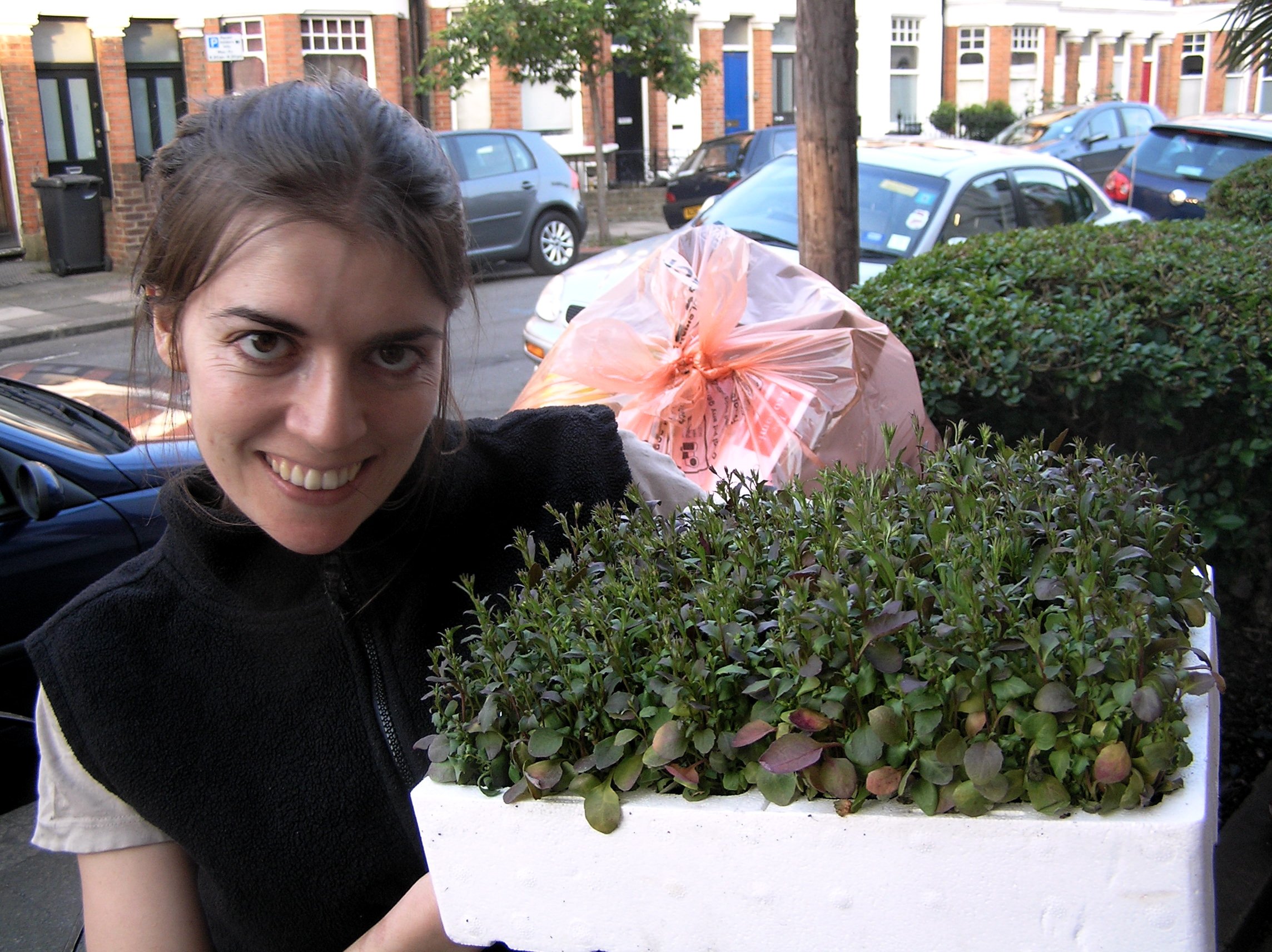 Carina calls herself a 'guerilla gardener'. Guerilla gardening is a form of direct action, where activists take over an abandoned piece of land which they do not own to grow crops or plants
image: Carina Dunkerley

London-based environmental activist and founder of a project to plant trees in urban spaces will protest at Bella Centre on Saturday. She hopes social action can influence the climate talks

A strong presence of activists outside the UN talks venue in the Bella Centre will and should influence the negotiations going on inside. This is according to seasoned climate activist Carina Dunkerley, who is turning up to do her bit.

»I firmly believe in environmental protests and direct action were key to these decisions. As the content of the treaty is still very much up for grabs in Copenhagen,« she says.

Carina plans to take part in protests on 12 December, to attend the alternative KlimaForum events, she says.

Carina is co-founder of The London Orchard Project, an organisation to increase the planting of fruit trees in urban spaces.

»This is my own response to the two most pressing issues of our time: climate change and food security,« she says.

Dunkerley is, together with four friends, leaving for Copenhagen in a train full of activists from different countries. Carina and her friends are intending to travel in fancy dress, as five pirates.

»Many other people I have met at protests in the UK, including at the Camp for Climate Action will also be going, so I hope to meet them there, as well as to meet other activists from all around Europe«, she says.

Carina has been involved in climate change action and protests in the UK for the past 3 years, and has seen how effective social action has been in changing policy in the UK, she explains.

»I firmly believe that environmental protests and direct action were key to these decisions. As the content of the treaty is still very much up for grabs in Copenhagen, I believe a strong presence of activists outside the UN talks venue will influence the negotiations going on inside,« she says.

»I was totally shocked. With an issue as complex as climate change, where I have no understanding of the science, I trust climate change. I trust the conclusions of the IPCC. So I was shocked to discover that some scientists may have presented data in a misleading way. However, the isolated actions of a few scientists, and e-mails taken out of context do not change the conclusions reached by the overwhelming majority of scientists working on climate change,« she says.

In the meantime, she will be standing outside the talks, influencing things as they go on inside.

»I am hoping that my banner will be seen by as many delegates to the UN conference as possible, so intend to spend a lot of time outside the venue,« she says.