Africans were in the Americas as early as 1494 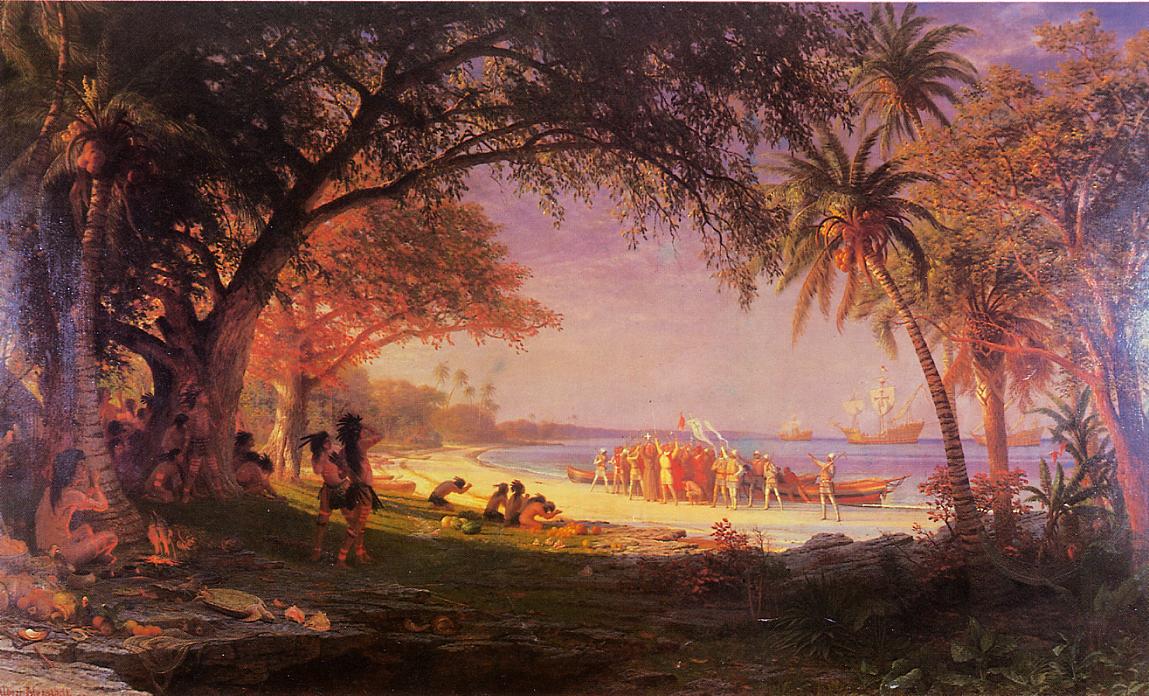 The Landing of Columbus, by Albert Bierstadt. Some of the first voyagers may have been Africans
image: Wikimedia commons, public domain

Two of Christopher Columbus’ shipmates were the first Africans to set foot in the New World, according to New Scientist.

This puts Africans crossing the Atlantic at least 150 years earlier than previously thought.

»African Americans have come to believe that their history began when the first slave ships docked in the mid-17th century, but our results suggest that it actually started far earlier, at the same time as the Europeans’ history on the continent did,« says Hannes Schroeder of the Centre for GeoGenetics at the University of Copenhagen, Denmark, who did the analysis.

The scientists analysed DNA from human bones from a graveyard in La Isabela, Dominican Republic. La Isabela was founded in 1494 on Columbus’ second voyage to the New World.

Seventeen ships deposited 1700 people, including farmers, builders and priests, on the part of the island of Hispaniola that today is the Dominican Republic. Within two years, all but 300 had died of starvation and disease, and in 1498 the town was abandoned.

Could have been slaves or free men

Last year, one of Schroeder’s collaborators, Douglas Price, from the University of Wisconsin-Madison, suggested that up to seven of the 49 skeletons exhumed from La Isabela’s 15th-century graveyard had belonged to Africans, writes New Scientist.

The DNA analyses do not reveal whether the Africans who were laid to rest at the church of La Isabela were slaves or free men who joined Columbus’ expedition of their own volition, says Schroeder. But by studying their nuclear DNA, he hopes to find out exactly where in sub-Saharan Africa their families came from.

»Now that would be pretty cool,« he says to New Scientist.

The team presented their findings at a symposium on biomolecular archaeology in Copenhagen on 7-11 September.