After 38-day stand-off and negotiations: The Faculty of Humanities target plan 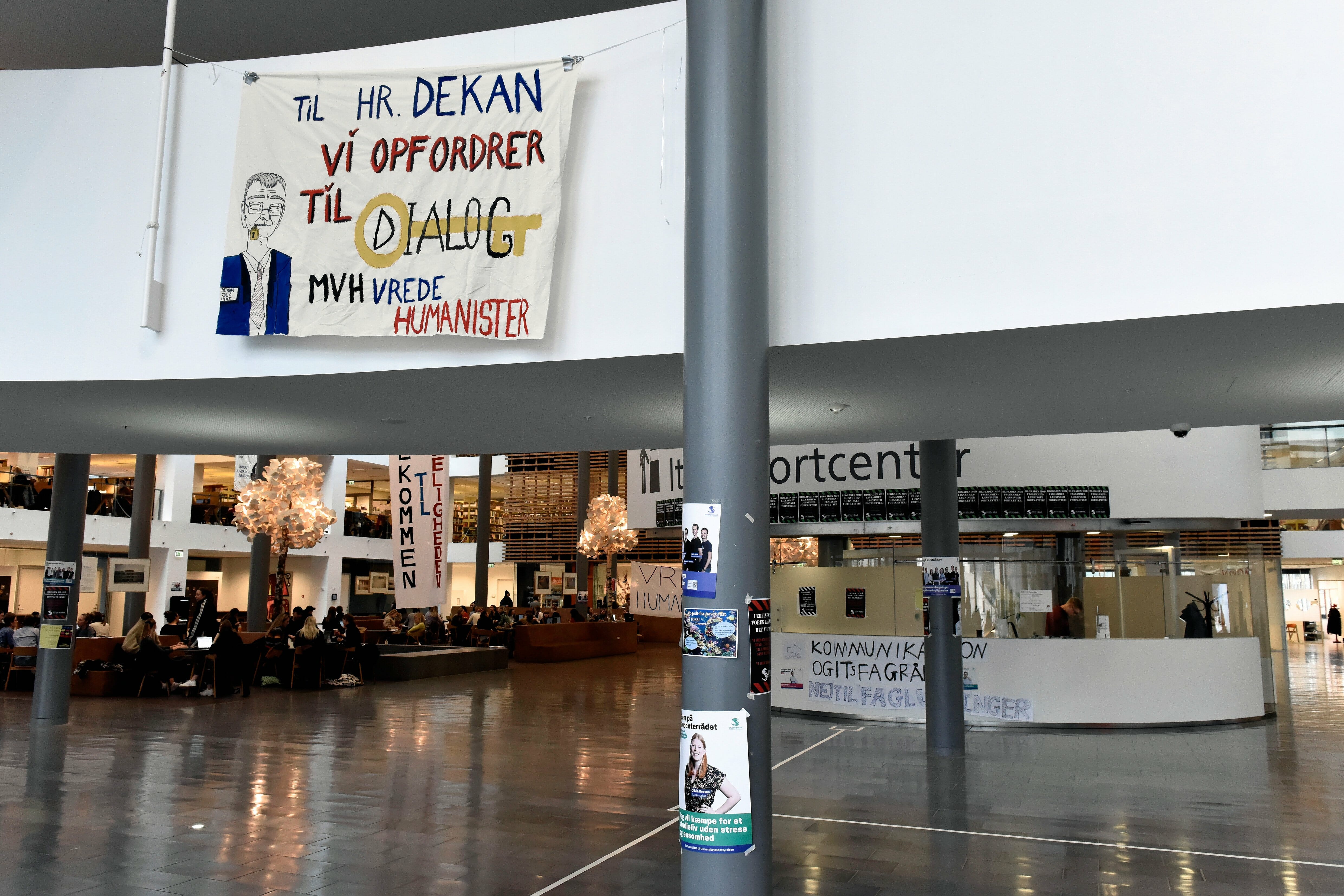 The student organized blockade lasted 38 days and was called off on 4 December 2019.
image: Anders Fjeldberg

The merging of courses which set off the protests is not mentioned explicitly in the new target plan. However, according to the associate dean, this does not exclude the use of mergers in the future.

For 38 days, students at the Faculty of Humanities blocked the entrance to the management corridors of the faculty.

Those who followed the dramatic events as they unfolded learned a new term in the process: target plan. According to the target plan, certain courses were to merge between 2020 and 2023, and that is in part what the students protested against.

That particular term is nowhere in sight in the updated target plan for 2021-2024, which the dean and the students have finally agreed upon.

This is a positive development, according to the Humanities Student Council who organised the blockade last year. Chairman Kevin Olesen underlines the fact that students and administration representatives have worked on the plan together—and future plans will also be negotiated in the same way.

The most important thing is that we have had a positive process.

»The most important thing is that we have had a positive process, and that the target plan has been updated to ensure that future plans will also be subject to negotiations, so both students, educators, and administrators have a say in the matter. That way we are not just consulted at the very end of the process, when the document has basically already been signed,« says Kevin Olesen.

The target plan states that it was devised by the Dean’s office and a group consisting of researchers, administrative employees, and students. In has been subject to hearings twice among other places in the Academic Council.

Associate Dean of the Faculty of Humanities, Jens Erik Mogensen, is happy with the new target plan. In his opinion it is »more concise« compared to the target plan that sparked the protest last year, especially with regard to course merger.

»We mentioned the use of course merger in the previous target plan as a potential tool, not as a strategic aim in itself. This tool can be employed to secure and modernize the presence of academic fields and programmes that would otherwise have to close down. The new target plan is more focused on what we want to achieve and how we maintain the quality of the education offered,« he says.

Will not rule out course mergers in the future

Potential course mergers were a major point of contention that led to the blockade.

While students patrolled the corridors at the faculty administration, Jens Erik Mogensen maintained that mergers may be a financial as well as academic necessity at the faculty. He pointed to the fact that the faculty has lost a lot of students and funding in recent years. This puts minor programmes at risk.

We cannot afford to run the tiny academic programmes with a very limited number of students enrolled.

»We cannot afford to run the tiny academic programmes with a very limited number of students enrolled. It is difficult from a financial view point, but it is also very difficult to create a proper study environment for the students,« says John Erik Mogensen.

In the new target plan course mergers are not mentioned explicitly. But are they still on the table?

»I do not believe that we are treating anything as a taboo in the new target plan,» says Jens Erik Mogensen.

»Course mergers are still on the table for discussion. The target plan does not state explicitly that we cannot employ that tool, if that is what we agree to do. It is more a question of fostering a positive decision-making process in which we consult all parts of the faculty.«

According to the new target plan, it is a priority to remove »barriers that prohibit the offering of merged courses and educational integration between subjects and departments, in which cooperation arises naturally«.

According to chairman of the Humanities Student Council, Kevin Olesen, the central point here is that a merger is only an option if it benefits the academic environment at the faculty.

»If course mergers are to happen, they will be instigated by the subject programmes themselves, and not the administration.«

»We did not entirely disagree«

However, the negotiations did not end up in complete agreement. The Humanities Student Council criticize plans to implement short master’s degree programmes targeted at students who will pay their own way through. The council fears that this will result in added competition over the faculty’s resources and the jobs available post-graduation. However, according to Jens Erik Mogensen this will create added revenue for the faculty and make tailor-made programmes more valuable to society. He believes everyone will benefit from this.

Considering that the parties have been able to accommodate each other in the negotiations, it begs the question why a blockade was necessary in the first place. Could the Dean’s office have avoided the blockade by removing the contentious points from the plan on day one and brokered a deal with students and faculty before the first sleeping bags had been unfurled?

»It came down to a question of inclusion in the decision-making process, probably more so than it has been a question of the substance. We did not entirely disagree about the target plan,« says Jens Erik Mogensen.

»There is a lot to be said about the blockade. To me, it is important that we focus on the fact that we have had a positive process in which all parties have had their say, and we now agreed on the target plan. I do not want to scrutinize the past; I want to look to the future.«

All there is left is for Rector Henrik C. Wegener to sign the target plan for it to be implemented. 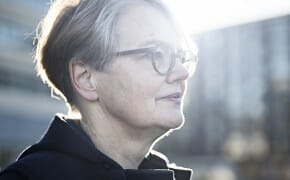 Humanities faculty finds new dean – at the Faculty of Theology 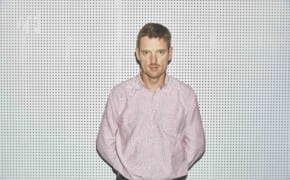