Analysis: Is anyone immune to the social media echo chamber? 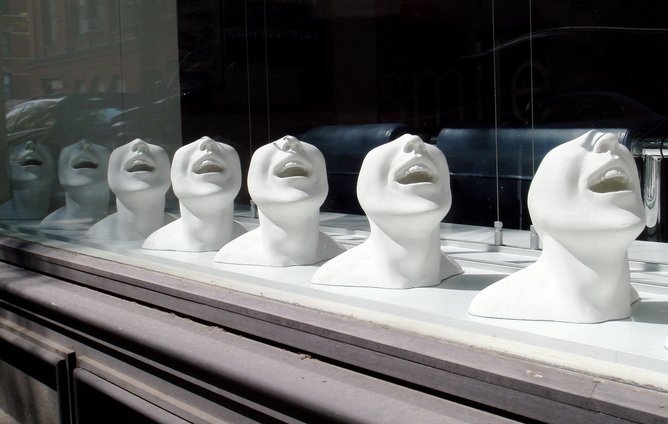 We’re all singing from the same hymn sheet and that’s not a good thing.
image: InfoMofo, CC BY-SA

Social media echo our own opinions back to us. This means we aren't being exposed to new ideas and critical thinking, writes the University of Copenhagen's Vincent Hendricks in an article originally published in The Conversation

It’s becoming increasingly obvious that as we spend more time communicating via social media, we are disappearing into bubbles. We receive information from the same sources and witness the views of the same people in our personalised newsfeeds every day. But it also seems like living in our bubble is having an effect on our own opinions and how we formulate them.

An interesting statistical regularity has been documented about group deliberation. This phenomenon has been called group or attitude polarisation, or just polarisation for short. It’s something that has been intensively studied by Cass Sunstein, a Harvard law professor and former Administrator of the White House Office of Information and Regulatory Affairs.

Sunstein says that deliberation appears to move groups of people of accord opinion “toward a more extreme point in the direction indicated by their own pre-deliberation judgments”.

Polarisation explains why it might not always be an advantage to be in the company of like-minded people, or people sharing the same view, no matter how comfortable it may seem. If we’re already in agreement about something, we only grow to agree even more by discussing the matter.

The mere discussion of, or deliberation over, a certain matter or opinion in a group may shift the position of the entire group in a more radical direction. The point of view of each group member may even shift to a more extreme version of the viewpoint they entertained before deliberating.

Take for example Monica, a 14-year-old zealous fan of social media. She not only uses Facebook, Instagram, and Twitter but has also joined Spring.me, one of the most recent additions to the pool of virtual interpersonal devices. The site invites users to “Share your perspective on anything”, newcomers are told as they sign up to the network. And unfortunately, they really do.

An anonymous derisive comment recently surfaced on the site aimed at a classmate who Monica doesn’t particularly care for. Now the classmate erroneously believes that Monica is responsible for the slanderous message. The classmate responds on a wall that everyone can see with “Thanks a bunch Monica, I’ll see you on Monday”. It doesn’t take long before comments of sympathy for the classmate begin to appear along with messages about how terrible and mean Monica really is.

A courageous few try to argue differently, or suggest that perhaps Monica isn’t the culprit but soon enough these scarce voices fall silent and the remaining incoming commentaries almost exclusively come from friends and allies of the classmate. The more the messages bounce back and forth and participants deliberate over the matter, the meaner Monica apparently becomes in the eyes of the group. People polarise. It gets to the point where Monica decides to both delete her profile and not go to school on Monday, fearing further reprisals.

It no longer matters that Monica hasn’t actually done anything wrong. The damage is already done and there is no winning strategy that she can take. If she shows up for school on Monday she has to protest her innocence against a narrative that has already been established and grown sufficiently robust among her schoolmates, friends and foes and if she stays home, she is guilty by the associative action of not showing up. Either way, Monica is in trouble.

Polarisation happens when information is filtered to such an extent that we are only exposed to the voices we are already willing to listen to, the sources we are willing to read and the people we are willing to talk to. If you think about who you follow on Twitter, how many are people who you absolutely disagree with?

If Sunstein is right, your opinion may be shifting, just as happened to Monica’s group. And if Sunstein has noticed it, you can bet others have too, including those who might use the phenomenon to sell you something. This sort of filtering could be automated and used for selling products, political agendas or anything else. It can be used to sell you things you like and, as we have seen, things you don’t. You may just find yourself in the eye of an infostorm.

Wired journalist Matt Honan recently carried out an experiment in which he liked everything he saw on Facebook over a period of 48 hours. As we know, Facebook algorithms tailor what you see according to your activity. Honan reported that his newsfeed “took on an entirely new character in a surprisingly short amount of time”.

Within about an hour, Honan found his feed entirely bereft of other humans. All he was seeing was ad after ad, brand after brand. In his two-day experiment, Honan ended up in an echo-chamber of marketing. There was no space for disagreement, debate, discussion, exchanges or enlightenment. Gone were the very features that social networks were supposed to facilitate. Even worse, as the feeds became available to friends, the brands and political products started spreading outwards. “Eventually, I would hear from someone who worked at Facebook, who had noticed my activity and wanted to connect me with the company’s PR department,” Honan wrote.

The polarisation mechanism is as old as we are – but the speed with which this information may spread has taken on proportions never seen before – and the social media may just turn prime vehicles for polarisation in the information age. All this is not necessarily conducive to human interaction, interpersonal understanding, debate, constructive disagreement, reason and rationality.

Vincent F Hendricks does not work for, consult to, own shares in or receive funding from any company or organisation that would benefit from this article, and has no relevant affiliations.

This article was originally published on The Conversation.
Read the original article.